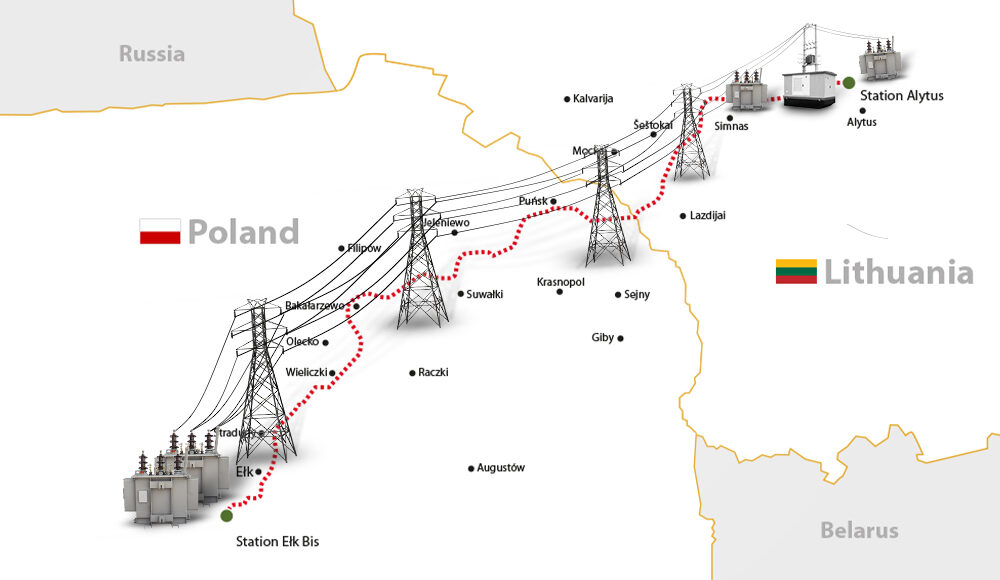 Europe’s dependency on Russian energy has long been viewed as a threat to national security, particularly in Eastern European countries like the Baltic states and Poland.

Poland, Estonia, Latvia, and Lithuania have all expressed concerns that their dependence on the Russian power grid network increases their exposure to Russian interference in their internal affairs and presents a grave threat to their sovereignty and national security.

As Lithuanian President Dalia Grybauskaite noted, “that tool of blackmail, which was used [by Russia] to buy our politicians and meddle in our politics, will no longer exist,” should Lithuania acquire energy independence.

On June 28, 2018, Poland, the three Baltic States, and the European Union signed a deal in which all Baltic electricity systems will be connected to the Continental European Network (CEN) via Poland by 2025. The agreement is a significant step towards eliminating the Baltic states’ dependence on Russian energy, further bolstering their sovereignty as well as security.

The Polish-Lithuanian link will integrate the various power systems.

The Polish-Lithuanian interconnection, in particular, will serve to improve supply reliability for Baltic consumers, as well as open up new opportunities for energy trade and competition. The LitPol Link was set up to facilitate this integration. LitPol Link is co-owned by Polish and Lithuanian system operators.

In total, the project cost 494.4 million euros, with 244.5 million of those euros coming from the E.U.’s European Regional Development Fund. Using this system, Lithuania, as well as other Baltic countries, will be able to cultivate more diversity amongst their suppliers.

There is always a motivating factor, domestically or internationally, when there is a significant shift in global energy politics. In this instance, the motivator is Russian expansionism and aggression.

When Russia cut off gas flow to Ukraine in response to late payments from Ukrainian gas company Naftogaz in 2015, it was a warning signal to other states that were reliant on Russian gas. If it could happen to Ukraine, what was to say it wouldn’t happen to Lithuania or Latvia?

Since 2015, both Lithuania and Poland have worked to construct liquefied natural gas (LNG) terminals to import such gas from other countries like the United States and atar. However, even with LNG terminals, much of these countries remained heavily reliant on Russian energy.

The deal struck in late June 2018 took nine years to negotiate, revealing not only the complexity of the negotiations but the involved states’ dedication to this shift in policy, as well. One of the reasons for the deal’s timing was impending E.U. funding deadlines, in addition to potential Russian upgrades which would allow Russia to decouple from the Baltics unilaterally.

Interestingly, Russia has never threatened to cut off power to the Baltic states. As these negotiations have entered into their final phases, Russia has neglected to speak out against this shift aggressively. Why? Perhaps the main reason is that while Russia does face being kicked out of the Baltic states, Gazprom, Russia’s top gas producer, is still Europe’s largest supplier.

In the first half of 2018, Gazprom increased gas production by 8.7 percent, with exports to Europe rising by 5.8 percent. Gazprom’s President, Aleksey Miller, reported that gas exports to Europe could reach a record high of 200 billion cubic meters. Why worry about three small states when you already supply most of the European continent?

While Baltic states may be excited about a move towards more energy independence in Europe, the Russian share of the European gas market increased to 34 percent last year. It may seem more reasonable for these countries to see this new opportunity as an option to diversify amongst suppliers, but Europe is caught between a rock and a hard place when it comes to gas diversification.

Russian gas will always be cheaper and more reliable than LNG from other countries such as the United States and Qatar. As such, are the Baltic states moving away from Russian reliance, or are they just shifting towards a new political reality where a wall of European bureaucracy serves to mitigate the immediate threat of Russian influence?