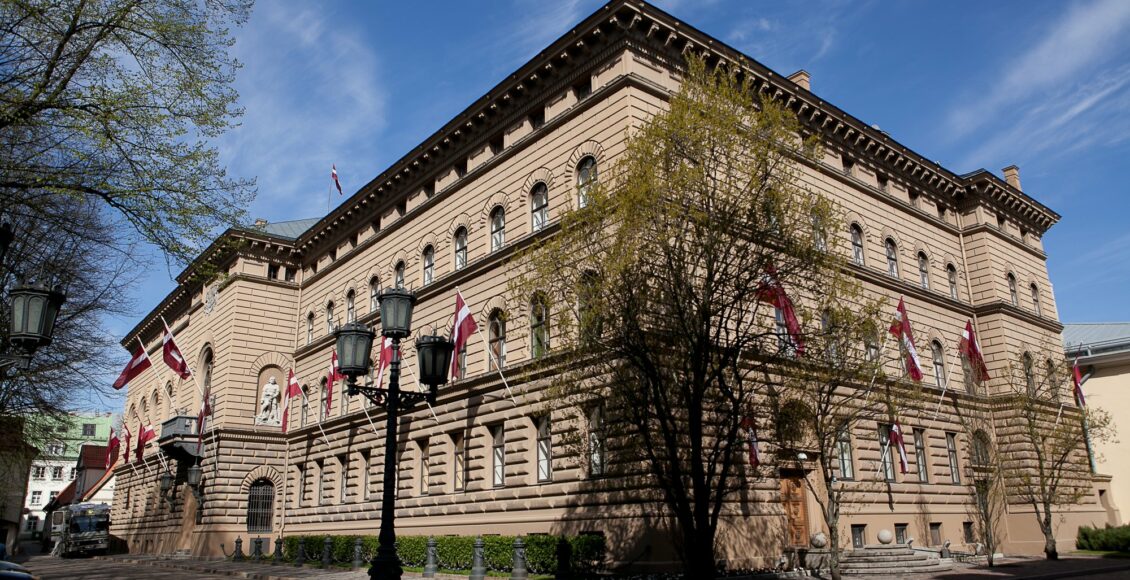 The Latvian parliament, the Saeima, in Riga, Latvia.
Share

As Latvia's election results were tallied on the first Saturday of October, many domestic and international observers were shocked to see that the center-left, pro-Russia "Harmony" party won 19.9 percent of the votes and will receive 23 seats out of Latvia’s 100-seat parliament. However, is there really reason to be surprised?

Disinformation has become the norm in Latvia, where ethnic Russians comprise approximately 25% of Latvia’s population.

Over the past few years, European states have been observing the steady increase in popularity for populist and Eurosceptic parties within their borders. Political parties like Front Nationale in France, Jobbik in Hungary and Alternativ für Deutschland have all capitalized on anti-European sentiment to gain more seats and power within their countries.

While the support for Harmony might seem absurdly high, that number is 23.1 percent less than their election results in 2014. Where did those votes go? The populist Latvian party KPV LV won 14.1 percent of the vote and will get 16 seats in parliament. Another populist party, the New Conservative Party, came in with 13.6 percent of the vote and will also receive 16 seats.

In the past, many parties have unequivocally stated they wouldn’t work with Harmony because of their pro-Russian stance. The Harmony chairman, Nils Ushakovs, argued that any coalition government without Harmony would be unstable and non-representative of the Latvian people.

With more populist parties in the parliament, it is more likely that KPV LV and the New Conservative Party will attempt to enter into a coalition government with Harmony. To form such a government, only 51 out of 100 seats are required.

Disinformation in Latvia is at an all-time high.

With a host of populist and pro-Russian parties gaining power, questions are raised about how exactly they got where they are. In Latvia, there is a huge amount of disinformation. In fact, on the day of the elections themselves, Draugiem.lv, the ninth most popular social network in Latvia, was hacked with a pro-Russia message.

Even more concerning, disinformation has become the norm in Latvia rather than the exception. Groups like the Latvian Russian Union spread disinformation during the summer that ethnic-Russians were placed in ghettos and that NATO planned on using the country as a base for attacking Russia.

That same summer when Canadian troops were deployed in Latvia to help NATO, Russian-language sites portrayed the Canadians as “beer buying homosexuals who lived in apartments at the expense of local taxpayers.”

Disinformation is not the only culprit.

Rising populism also stems from citizen discontent with high levels of corruption and opposition to a law mandating that Latvian be the only language taught in schools. This language law is eerily similar to the law proposed in Ukraine that only Ukrainian could be taught in schools.

The similarity is no coincidence. Latvia has one of the highest level of Russian-speaking citizens within their borders. Prior anti-Russian parties have seen the implementation of a language law as a protective measure to prevent against Russian disinformation targeted at young Russian speakers in their respective countries.

Luckily, Latvia has a history of disinformation with Russia and more experience combating it than other Western countries. Coalition talks are expected to take several weeks so as of yet, it is still unknown whether or not Harmony will be allowed to take part in the government.

While certain parties have pledged not to cooperate with Harmony, other parties have been less clear. Russian-language media outlets also have been promoting Harmony whilst simultaneously directing negative sentiment towards the current government and other pro-European groups.

Whether or not Latvia will accept a pro-Russian platform as a part of their government may seem like a small matter, but it will ultimately answer the question of whether a rise in anti-establishment sentiment can be hijacked and turned into pro-Russian support. For the rest of Europe, the question is very relevant and may have an impact on cooperation within the bloc for the next election cycle to come.