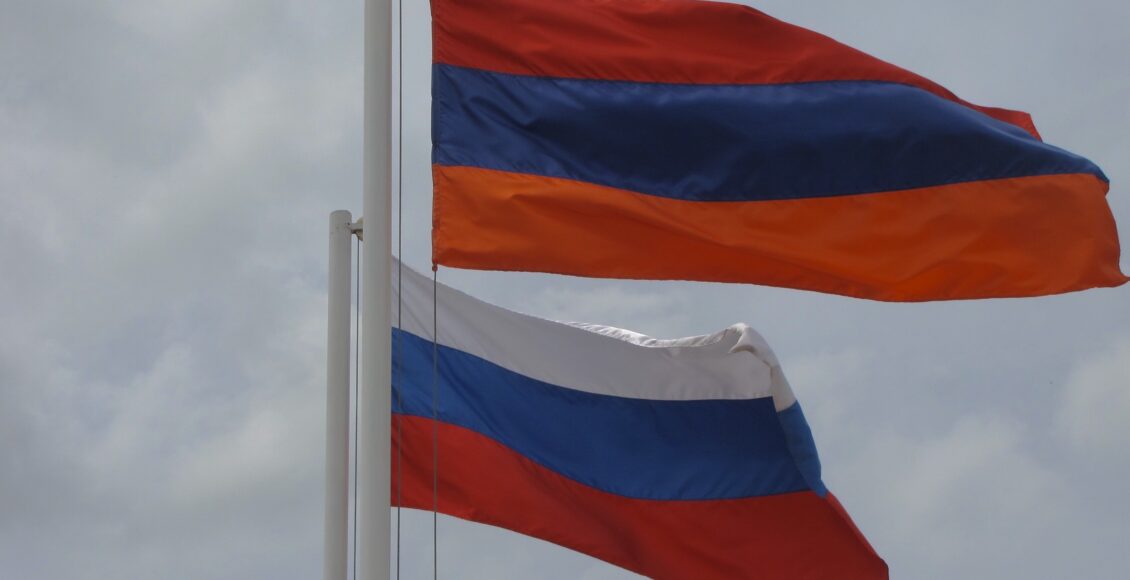 Armenia isn’t likely to pivot away from it’s ties to Russia anytime soon.

In the wake of former Armenian President and Prime Minister Serzh Sarkisian’s resignation on April 23, a shift in of policy might have been expected.

However, new prime minister and protest leader of Armenia, Nikol Pashinian, was seen meeting with Russian president Vladimir Putin in Sochi on May 14 reaffirming the Russian-Armenian strategic relationship.

At the meeting, Pashinian not only supported maintaining the current Russian-Armenian relationship but also suggested a “new impulse” for political and trade relations.

Interestingly, Pashinian does not precisely have a history of supporting Russian-Armenian relations. His party, the Yelk Coalition, submitted legislation last year to leave the Eurasian Union. Further, he has spoken out against the Collective Security Treaty Organization (CSTO).

In response to these claims, Pashinian has claimed that now that he has accepted the prime minister position, his focus is on the country rather than maintaining loyalty with his old party positions.

Where did the revolution in Armenia come from?

The demonstrations against Sarkisian were fueled by a number of factors, including electoral fraud in 2008, changes in pensions and municipal services, a hike in energy bills in 2014, Sarkisian’s re-election as president in 2013 and his subsequent run towards prime minister this year.

Although there was no suggestion that a protest bringing such a radical change in government would come, within weeks, Sarkisian had resigned. This is primarily because there were widespread protests, including more than 100,000 people gathered in Yerevan’s main square the day before his resignation.

Sarkisian was known as the Kremlin’s man. Because of that, many observers waited and watched Russia’s reaction in particular. However, Russia did not involve itself other than speaking with Armenian politicians.
Related Articles

Perhaps more blatant Russian interference was expected, as Pashinian actually praised Russia’s “balanced position… it was a very constructive position. And I think this is highly valued not just by our government but in Armenian society in general.”

Where are new Russian-Armenian relations headed?

Pashinian’s new government position on crucial matters such as the disputed Nagorno-Karabakh territory are as of yet unknown. Despite this populist win in Armenia that was very much sought by the people, right now the country remains at a crossroads.

Pashinian has stated he wants to work with the old governing party but also fight ingrown corruption. Confrontations in the disputed Nagorno-Karabakh region have reached an all-time high since 1994 when more than 200 people died in April 2016. Since then, both Azerbaijan and Armenia have been building up military might on both sides of the border.

The simmering conflict in Nagorno-Karabakh might prove to be one of the factors in the maintenance of the Russian-Armenian relationship. Since the beginning of the tensions, Russia has acted as Armenia’s security guarantor, providing training and weapons to both Armenia and Azerbaijan. Armenia also has been dependent on Russia for financial aid, military development and protection in general.

Notably, in Sochi, Pashinian told Putin that he wanted Armenia to buy more Russian weaponry. So, despite this revolution against a ruler that was supported by the Kremlin – how much can really change? Conflict in Nagorno-Karabakh implies that Armenia must continue to turn to Russia for regional security and assistance.

As tensions rise in the region and there are signs of Azerbaijani destabilization, will the ceasefire and uneasy peace continue to hold? Armenia’s estrangement from Azerbaijan and Turkey means that they remain dependent on Russia.

Beyond that, as this change in government continues to grow and develop, wouldn’t this be a convenient time for Azerbaijan to decide to take back some territory?