Escalation in the Sea of Azov Benefits Putin and Poroshenko 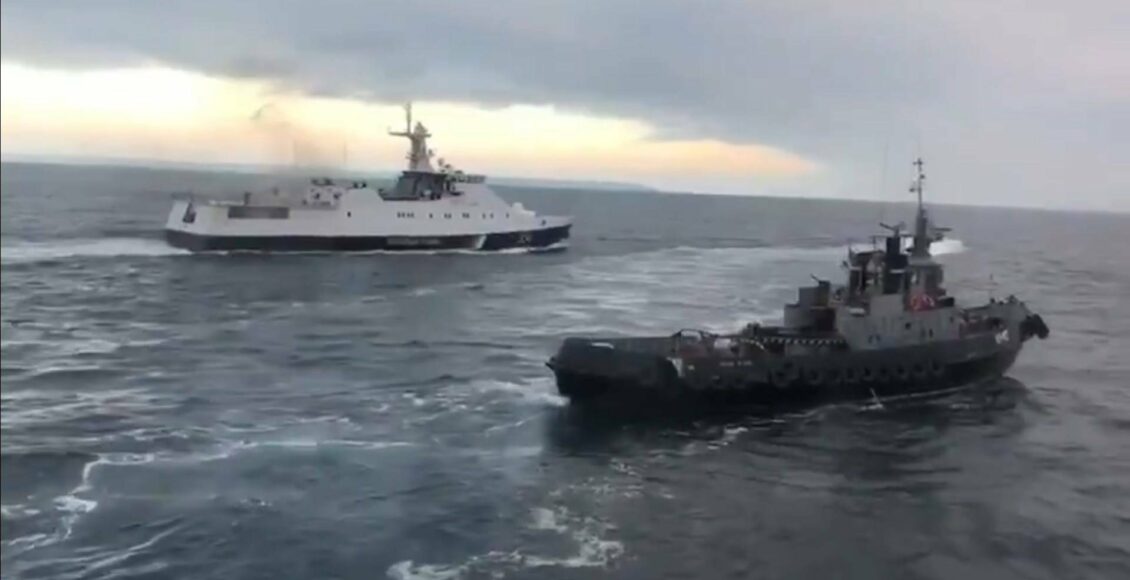 Tensions between Ukraine and Russia are riding a new high in the wake of Russia’s seizure of three Ukrainian navy ships in the Sea of Azov on Sunday, November 25th. The Ukrainian ships were attempting to pass through the Russian-controlled Kerch Strait to reach to the port of Mariupol.

Although Ukraine claims to have informed the Russian coastguard ahead of time, a Russian ship nevertheless proceeded fire upon, and subsequently ram one of the Ukrainian ships, injuring six sailors. Russia accused the ships of acting recklessly and of illegally entering Russian territorial waters.

Tensions have been rising since Russia’s construction of the Kerch Strait Bridge in May 2018.

The bridge, which crosses the Strait to connect the Russian mainland with the Crimean peninsula serves as an on-demand economic blockade of the Ukrainian ports of Mariupol and Berdyansk, both of which are located on the Sea of Azov. Ships carrying export goods from either port must pass through the Kerch Strait, and under the bridge, to reach their destinations.

Furthermore, the bridge is too low for some Ukrainian ships to pass under at all. While both Russia and Ukraine routinely accuse the other of harassing their respectively-flagged ships, the Kerch Strait bridge has had an impact on trade from the ports of Mariupol and Berdyansk.

Ukraine claims that trade from these ports has decreased by 30 percent since Russia began harrassing Ukrainian ships. While traffic has resumed as of Monday, November 26, tensions remain high.

The imposition of martial law is something that has never occurred, despite the past four years of Crimean annexation and continued violence in the Donetsk and Luhansk regions. Legally, this makes sense. While Russia never admitted guilt for the Crimean annexation and the violence in the Donetsk and Luhansk region, Russian actions here are quite public.

Martial law serves Poroshenko in more ways than one. The upcoming Ukrainian presidential election is set for March 31, 2019. Presidential elections cannot be held under martial law. On November 26th, one day after the incident, the Ukrainian Parliament overwhelmingly voted in favor of imposing martial law, albeit for a period of thirty days rather than the initially proposed sixty.

Furthermore, martial law was imposed in the coastal regions of Ukraine and in the regions bordering Russia and the breakaway Moldovan province of Transniestria (where Russian troops are stationed), rather than throughout the entire country.

As of now, Poroshenko stands in third place in presidential election polls. He is trailing behind former populist prime minister Yulia Tymoshenko, and the comedian Volodymyr Zelensky. Looked at from that perspective, it's possible that Poroshenko may be looking to increase support for his presidency—or at least decrease support for his opponents—before the election through the imposition of martial law.

Putin may think he also stands to benefit from escalating tensions with Ukraine.

Putin’s popularity in Russia has been declining for the past year. His approval ratings took a particularly substantial hit following the implementation of pension reforms that raised the retirement age.

Putin's party, United Russia, also suffered four election losses in Russia’s countryside recently. Stirring up feelings of nationalism may serve to boost Putin’s domestic approval ratings and act as a distraction for the many Russians who are unhappy with the current status quo.

It does not serve Putin or Poroshenko to engage in a full-blown conflict. Escalating tensions to that extent would result in significant increases in civilian casualties and would almost certainly heighten tensions dramatically between Russia and the West. Raising the stakes—at least in the short term—benefits both presidents' interests.