What’s the Future of the E.U.’s Eastern Partnership Program? 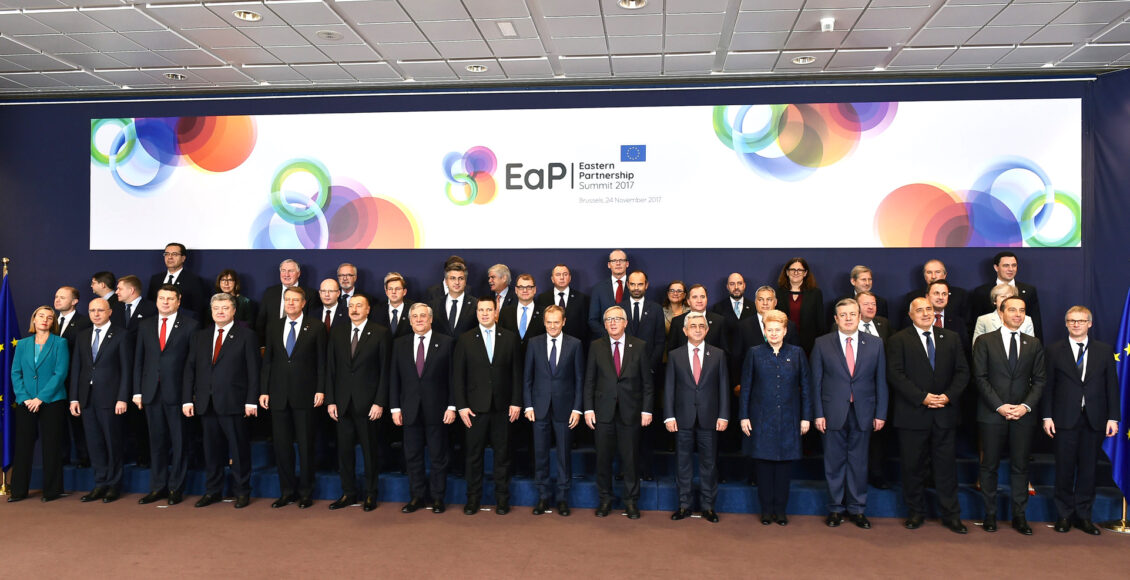 The politically-divisive Eastern Partnership Program (EPP) has been in existence for nearly a decade.

As the program is getting older, the E.U. High Representative of the Union for Foreign Affairs and Security Policy (the bloc’s de facto foreign minister) and the six participating countries will meet in May 2019 to discuss the Eastern Partnership Program beyond 2020. This may perturb Russia, which has expressed concerns that the program is detrimental to Russian interests.

Although the goal of the EPP was ostentatiously to bring the six countries mentioned above closer to the E.U., Russia sees the situation differently. Rather than seeing these partnerships as an effort toward stabilization in the region, Russia considers the E.U. to be trespassing within its sphere of influence. In essence, Russia sees any policy that is “without Russia” as “against Russia.”

Russian concerns are not without merit. Georgia, Moldova, and Ukraine have all struck association agreements with the E.U. since the start of the EPP program—and Azerbaijan is expected to do so as well in the near future. While each country has its reasons for taking part in the EPP, Russia sees a concerted effort to impede its influence.

In response, Russia has taken steps to ensure that these countries remain in its orbit. In Georgia, Ukraine, and Moldova, Russian troops continue to occupy territory with separatist militants, while Russian troops are actively stationed in Azerbaijan and Armenia. Moreover, Russia has enacted politically-motivated economic sanctions against Georgia, Moldova, and Ukraine.

What does the future hold for the EPP?

While some countries have treated the EPP as the first stepping stone to full European Union membership, it’s clear that the E.U. doesn’t consider these as potential member-states. No consensus exists over whether these post-Soviet states should have the opportunity of joining the E.U. Furthermore, corruption in many of the EPP states is often ignored in favor of closer relations to further the promotion of democracy and free markets.

Any Western promise of Georgian and Ukrainian NATO membership serves to further destabilize the region and suggests that the EPP is only symbolic. With no actual proof that NATO or E.U. membership is forthcoming, many of these country’s populations become disillusioned with Western values. Such rhetoric also provides a rationale for Russia to act aggressively against these countries.

In Ukraine, the Russian occupation of Crimea and the Donbass regions suggest that the Kremlin wanted to act before any further NATO or EU membership was adopted. In Georgia and Moldova, the presence of Russian troops force both countries to consider possible Russian reactions before taking any serious steps towards integrating with western institutions.

While diplomats will meet in May to discuss the future of the EPP, the program’s future success is heavily reliant upon how Russia and the E.U. choose to act going forward. The E.U. must acknowledge that these countries are far from meeting the requirements for joining the E.U. and NATO. At the same time, Russia must be led to perceive stabilization as a positive development rather than as a threat to its sovereignty and sphere of influence.