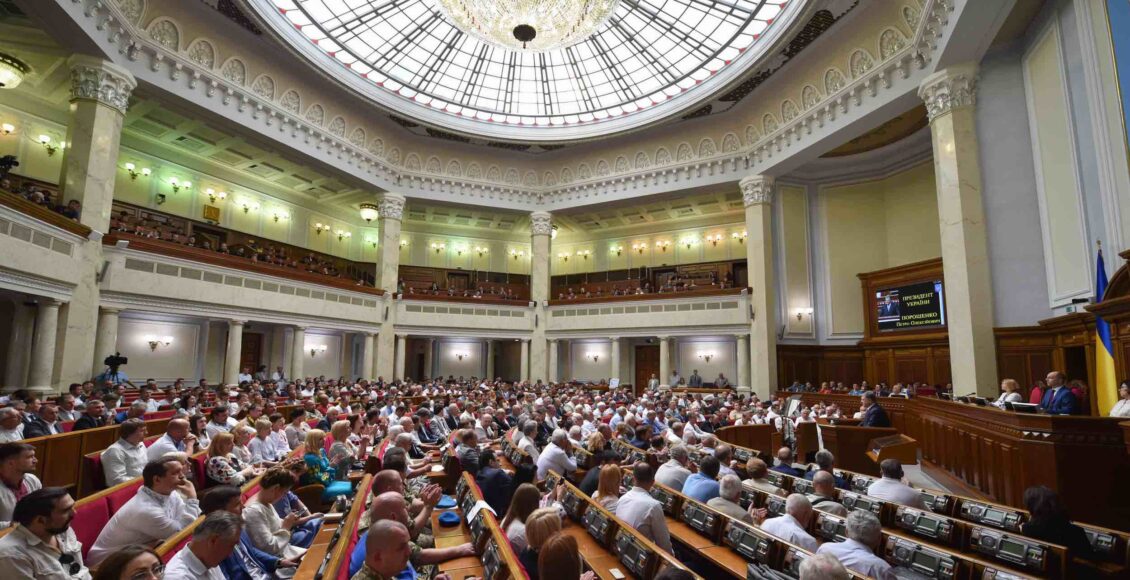 While the world’s eyes remain fixed on the Korean Peninsula, Ukraine remains embroiled in a nearly four-year-long civil war against Russian-backed separatists.

On January 18, 2018, the Ukrainian parliament passed a law that labels names both the Donetsk and Luhansk regions as “temporarily occupied territories,” a moniker shared by the Crimea peninsula.

Ukraine continues to deal with the occupation of its Luhansk and Donetsk regions, along with occasional outbreaks of skirmishes along the border separating territory controlled by Russian-backed separatists from areas controlled by the Ukrainian military.

The Chairman of the Russian Parliament’s Foreign Affairs Committee, Konstantin Kosachyov, responded to the passage of the bill by saying, “Kyiv has gone from sabotaging the Minsk agreements to burying them.” The bill outwardly labels Russia as an aggressor. However, it neither claims there is a current state of war nor specifies when said conflict began.

While this might seem like a small oversight on behalf of backers of the bill, which include Ukrainian President Petro Poroshenko, it might cause difficulty later in international criminal proceedings against Russia. The law also gives the President more direct power over Ukraine’s armed forces while eliminating the need for the support of the Ukrainian parliament. Lastly, it calls for banning trade and all forms of transport to the regions in question.

Failures of the Minsk Accords

The bill fails to address anything concerning the Minsk accords. After the first agreements failed, Minsk II was agreed to in February 2015 but has yet to be fully implemented. Russian President Vladimir Putin, Ukrainian President Petro Poroshenko, French President Francois Hollande, and German Chancellor Angela Merkel spent 16 hours negotiating the Minsk II ceasefire agreement for the Ukrainian region in February of 2015. As comprehensive as the deal is, it relies heavily on a yet-to-be-implemented bilateral ceasefire. The Minsk II agreement called for:

In other words, beyond a simple ceasefire, the accords agreed to compelled Ukraine to give autonomy to the separatist-held regions, which they did by passing a law giving “special status” to Donbas and Luhansk in March of 2015.

Ukrainian Opposition to a Diplomatic Solution

To complicate matters further, President Poroshenko faces domestic opposition against any diplomatic move giving Russian a foothold in their territory. Despite this and other measures taken by both sides, fighting continues in the conflict zones. Minor skirmishes continue to take place along the border, and U.S. State Department officials have claimed that heavy weaponry continues to flow into both regions from Russia.

There have been various attempts at further ceasefires in the last two years. One attempt in September 2016 lasted for a few days before reports emerged of violations by parties on both sides of the conflict. Heavy fighting restarted in January 2017, with a subsequent ceasefire negotiated in February 2017. In December of 2017, another temporary ceasefire was attempted. With the occasional exception, it was more-or-less observed. 2017 ended with a prisoner exchange. 73 Ukrainian soldiers were exchanged for 200 separatist fighters.

As the conflict nears its fourth year, the conflict joins the ranks of other frozen conflicts in the former Soviet sphere of influence such as the Georgian regions of South Ossetia and Abkhazia. Ukraine’s new parliamentary bill suggests that the government will attempt to escalate the conflict in the upcoming year. The continued failure of ceasefire agreements lends legitimacy to the argument that military escalation is the only solution for Ukraine to regain or maintain control over its eastern regions.