How Russia’s Disinformation Campaigns are Succeeding in Europe 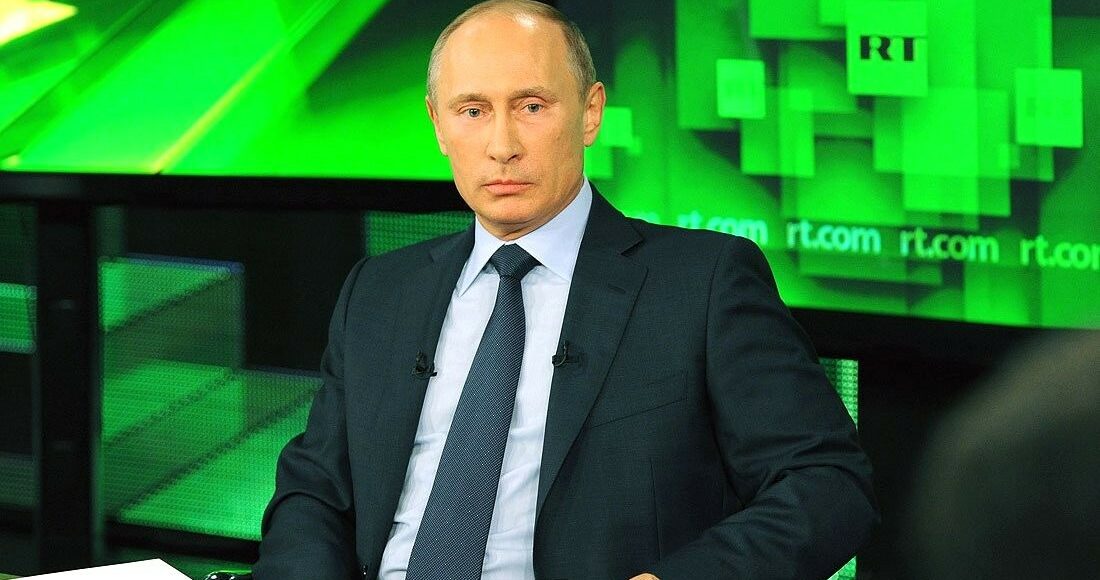 Russian disinformation campaigns continue to increase, and increasingly seems to be part of a coordinated campaign to overwhelm democracies.

In 2017, Catalonia held an illegal referendum on independence from Spain, despite it having been declared unconstitutional by the Spanish Constitutional Court. While 92% of referendum voters supported independence, only 43% of registered voters voted. Amid police crackdowns and massive protests, the Spanish National Court ordered the imprisonment of Jordi Cuixart and Jordi Sanchez, two Catalan separatist leaders. In spite of this, Catalonian MPs voted to declare independence. In response, Spain imposed direct rule over Catalonia. However, the situation is not as straightforward as many commentators make it seem, as vital information key to understanding the unrest has been overlooked.

Both the United States Senate and an independent study conducted by the George Washington University have claimed that Kremlin-connected media outlets Russia Today (RT) and Sputnik created “zombie accounts” or bots to perpetuate a negative perception of Spain in the days leading up to the referendum. Half of the stories shared by RT highlighted police violence to deliberately disrupt internal cohesion in Spain.

Spain is not Moscow’s only target, however. Over the last year, the E.U. East StratCom Task Force reported 993 reports of disinformation cases, 152 of which targeted the E.U. and originated from Russia. Furthermore, eighty-three percent of Europeans believe “fake news” is a danger to democracy.  Disinformation is on the rise, and there is ample evidence that Russian disinformation is part of an orchestrated campaign to overwhelm democracies and free media outlets. Coined by Russian expert Mark Galeotti, the “Gerasimov doctrine” is a colloquial term that refers to the employment of non-kinetic or non-military methods to achieve political ends—to destabilize the E.U. and NATO from within through the exploitation of existing social, ethnic, and religious divisions.  The so-called “Gerasimov doctrine” merely describes an operational concept and isn’t a reference to a Russian military doctrine.

For decades, the trans-Atlantic alliance has remained stable, but history is no guarantee of stability in perpetuity. Despite mostly positive support for NATO amongst the citizens of its member states, Russia seizes upon existing dissatisfaction felt by a minority of citizens and pushes messaging that employs terms like “occupying power” to describe the alliance. The same goes for the European Union. Member states regularly disagree over issues such as refugee resettlement, Russian sanctions, and the resurgence of nationalism across the continent. Such subjects are prime targets for Russian disinformation campaigns, which are disseminated by Kremlin-controlled media outlets like RT (Russia Today) and Sputnik, as well as on fringe websites and social media accounts to amplify the message further.

Disinformation is challenging to counter, despite increasing and widespread awareness. Some European states like France have enacted laws that compel social networks to disclose the source of funding for sponsored political content and allow for candidates to sue for the removal of contested news reports during elections. In 2018, the E.U. enacted a non-binding disinformation code of practice, aimed at targeting “fake news” in upcoming European elections.

Such measures, however, are merely reactive and fail to anticipate the continually adapting strategies of disinformation purveyors. To avoid laws that target foreign influence campaigns, state-sponsored actors are buying political ads in local currency. Actors are increasingly adept at masking their locations and are moving towards image-based disinformation campaigns, which are less regulated and significantly more difficult to legislate.

Rather than perpetually being one step behind, Europe should emulate the strategies of states like Estonia that have been dealing with Russian disinformation campaigns for years. Rather than allow for Russian disinformation campaigns to gather steam, the websites such as the Estonia-based Propastop continuously debunk disinformation. The Estonian government also operates a Russian-language news channel to serve as an alternative to RT. Moreover, all Estonian politicians and public administration officers do not give interviews to Russian state-controlled media outlets. This strategy of national resilience is also strengthened by Estonia’s National Center for Defense and Security Awareness (NCDSA), a non-governmental organization that aims to foster a society that is resilient and resistant to hostile foreign influence.

Counter-disinformation tactics must be adaptable because disinformation comes in many different forms. Catalonia and Estonia are not the only case studies by far. France, for example, is currently dealing with an enormous surge of anti-government protestors who disagreed vehemently with an increase on the gas tax. These protestors are better known by their moniker “yellow vests.” Although the demonstrators’ original demand of suspending the gas tax increase was met, the next day, more than 125,000 yellow vest protestors took to the streets, clashing with police and looting stores as they went.

According to New Knowledge, 340 pro-Kremlin accounts created and magnified “the brutality of the French police, Macron’s inability to lead the nation, and anti-NATO or anti-migrant sentiments more than 20,000 times.” Since late October 2017, these accounts have posted at least 1,600 times a day on Twitter, retweeting false information to increase its believability. These accounts, as well as others, impersonated journalists and legitimate news outlets to craft a narrative of France being embroiled in a civil war and blaming Macron for its onset.

What does the Kremlin hope to accomplish through its disinformation campaigns in France? Ultimately, Russia wants to undermine the French government’s ability to govern effectively. If the French government’s focus is entirely domestic, it can no longer point fingers at Russia, continue its sanctions regime, and pose any serious threat to Russia. By amplifying societal discontent in France with disinformation through social media, Russia is creating a reality where French democracy is indeed under threat. As the yellow vest protests continue, it remains to be seen whether or not Russia has achieved its goals.

Georgia: Disinformation as the Status Quo

Unfortunately, Russian disinformation in Georgia is nothing new. During the 2008 war between Russia and Georgia, the former launched an intense pro-Russian propaganda campaign to spread claims that the Georgian government was violating the human rights of Russian speakers in Georgia. Although the accusations were widely discredited, they were used by Russia to justify the invasion and subsequent occupation of the Georgian regions of South Ossetia and Abkhazia. While Georgian politicians are aware of threat Russian disinformation poses, they lack the political will to enact meaningful countermeasures.

According to the Georgia-based Media Development Foundation (MDF), this lack of response may be problematic given that almost 2000 anti-Western messages were detected throughout Georgian media outlets in 2017. In contrast to 2016, when most of the Russian disinformation campaign was centered on human rights, the dominant topic in 2017 was the polarization of the Georgian domestic political landscape. Pro-Kremlin actors focused on targeting everyday Georgian’s perceived loss of national identity paired with demonizing rhetoric of the U.S., NATO, and the E.U.

Russia’s disinformation campaigns in Georgia are based on a three-part strategy. First, create a threat. Second, foster distrust of Georgia’s Western allies and partners. Third, reinstate and reinforce the belief that Russia is the sole trustworthy partner. Russian disinformation campaigns in Georgia used fake photos and videos to encourage conspiratorial thinking and increase radicalism in groups like Georgian Neo-Nazi parties. One example of this tactic is the “lab of death” narrative, where it was claimed that a U.S.-funded laboratory in Georgia which was giving untested drugs to Georgians, causing them to die.

In Georgia, the goal of such disinformation campaigns is quite different than in France. As Georgia is not presently a member of the E.U., the bulk of Russian messaging is intended to ensure that will never happen. Russia sees Georgia as lying within its sphere of influence, and any attempt to align with the West is seen as a threat. The 2008 Russian-Georgian war, for example, is primarily seen as the driver behind Georgia’s push to receive a NATO Membership Action Plan.

Despite the troubled relationship between the two countries, Georgia has adopted a pragmatic approach for its foreign policy, where it has downplayed tensions with Russia and even is in talks to create trade corridors through the frozen conflict zones of South Ossetia and Abkhazia. Again, Russia’s disinformation campaigns are having the desired impact. Despite Georgia’s westward orientation, Tbilisi continues to adopt a less aggressive and more pacifist tone towards Moscow.

Europe Needs to Fight Back

From Western Europe to the Eastern Neighborhood, disinformation campaigns are having a severe impact on societal cohesion. In France, the “yellow vest” protests are ongoing. In Georgia, right-wing radicalism is on the rise, threatening Georgia’s turn to the West. Disinformation is even suspected to be involved with Brexit, and the recent German parliamentary election. In this hostile environment, Europe must reorient itself and learn from the E.U. East Stratcom Task Force and Estonia. Otherwise, the E.U. risks further fragmentation within itself and other Western democracies.

Russia’s campaigns are succeeding within Europe because countries are not adopting the appropriate countermeasures. Instead of simply acknowledging that disinformation is a problem, European countries must take proactive measures to debunk Russian propaganda. The E.U.’s East Stratcom Task Force is already doing much of this work, but it could receive further funding and publicity from all E.U. member states.

Counter-disinformation efforts can only be successful if they are marketed effectively. Furthermore, European countries ought to create more societal resilience programs, modeling them off the Estonian model. While not every European country has a Russian-speaking minority, each has segments of disenfranchised people who are vulnerable to disinformation. Put bluntly, the best way to combat the current successes of Russian disinformation is to fight back.