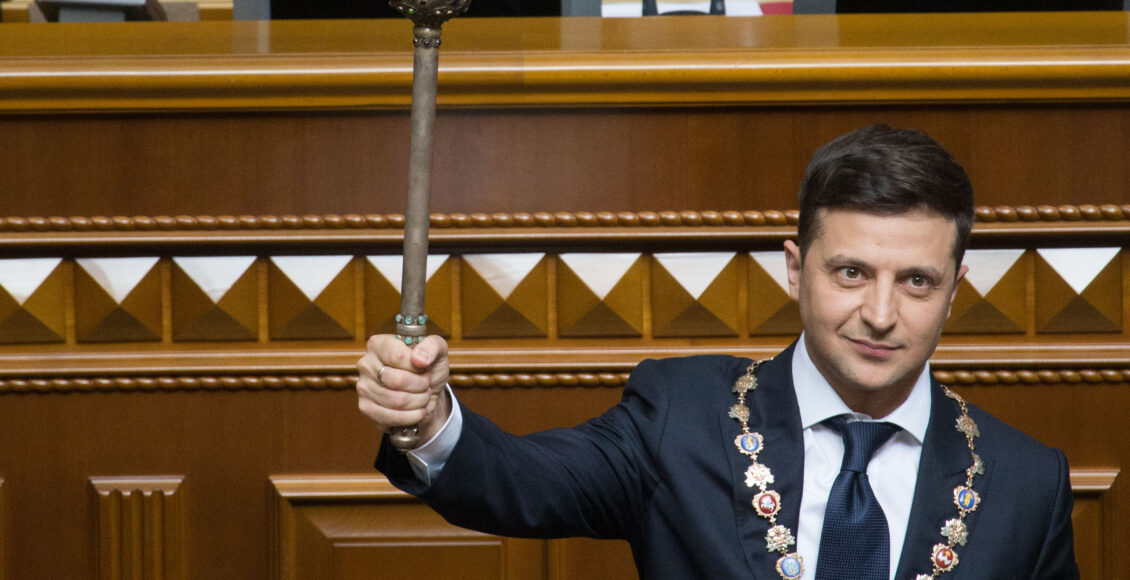 How severe is the standoff between the parliament and the president?

After President Volodymyr Zelenskiy was sworn in as Ukraine’s sixth president, his first order of business was to dissolve the current parliament. Zelenskiy announced this move in his inaugural address; a strategic move meant to capitalize upon his present popularity in the hopes of gaining a majority. In this address, he also criticized the current Cabinet of Ministers and called for a change in the office of the General Prosecutor, presently held by Yuriy Lutsenko.

Zelenskiy, however, may face difficulties in moving his agenda forward in the Verkhovna Rada (the Ukrainian Parliament). While the decree to dissolve the Rada was accepted and snap elections are in preparations for July 21, Zelenskiy also called for this new election to be based on votes for parties rather than people. His argument centers around corruption, where he claims that voting for individuals promotes corruption. In the emergency session of the Rada to vote on this, only 92 lawmakers voted in favor. To place any such proposal on the agenda, a majority of 226 votes is necessary. This proposal was also voted down, along with another plan submitted by Zelenskiy that would change the rules for state purchases during election campaigns.

Does this precede a standoff between Zelenskiy and the Rada?

Due to Zelenskiy’s unique electoral support base and the fact that he ran without a political party, he has little to no formal support within the Parliament itself. This has meant that even though Zelenskiy has called for the government to step down, the Rada did not accept it. Ukrainian Prime Minister Volodymyr Hroysman only received 97 of the 226 votes necessary to accept his resignation. Even more important is the fact that Rada speaker Andriy Parubiy has claimed that Zelenskiy’s decree to dissolve parliaments and to call snap elections in July is illegal. He has stated he will appeal to the Constitutional Court, saying that “it is sad and alarming that the guarantor of the constitution starts his work in the post with a gross violation of the constitution.”

Is dissolving the current Rada possible?

According to the Ukrainian Constitution, there are three strategies through which Zelenskiy could dissolve the Ukrainian parliament. The first is if the Rada fails to build a coalition. Second is if there are no plenary meetings within thirty days of the start of the legislative session. Alternatively, the Rada could be dissolved if, after sixty days after the resignation of the Cabinet of Minister, it has not reformed.

According to Volodymyr Fesenko, a political scientist, such a dissolution is not possible right now because there are no norms on how the absence of a coalition set within the Regulations of the Rada. Fesenko also notes that “Before this, the president must hold consultations with the leadership of the Verkhovna Rada and heads of factions on the expediency of dissolution. And all this needs to be done within a few days, since, according to the Constitution, six months before the end of Rada’s powers (no later than May 27), it cannot be dissolved.”

If Fesenko is to be believed, dissolving the Rada would precede a political crisis. How does he know this? Because Yushchenko used this strategy in 2007. However, it was only achieved after compromise with the representatives of every parliamentary faction. According to writer Anastasia Zaremba, the problem is that Zelenskiy does not have any motivation to work with the current parliament. Due to his popularity, he can use his recent election to claim that the Rada is stonewalling him rather than choosing to work with his constructively.

Given Parubiy’s appeal to the Constitutional Court, observers will have to wait and see whether such a dissolution of the Rada is possible. As for Zelenskiy, his choice of advisors will likely prove whether or not this brief standoff will continue to endure for the foreseeable future.

How Russia’s Disinformation Campaigns are Succeeding in Europe

What’s the Future of the E.U.’s Eastern Partnership Program?