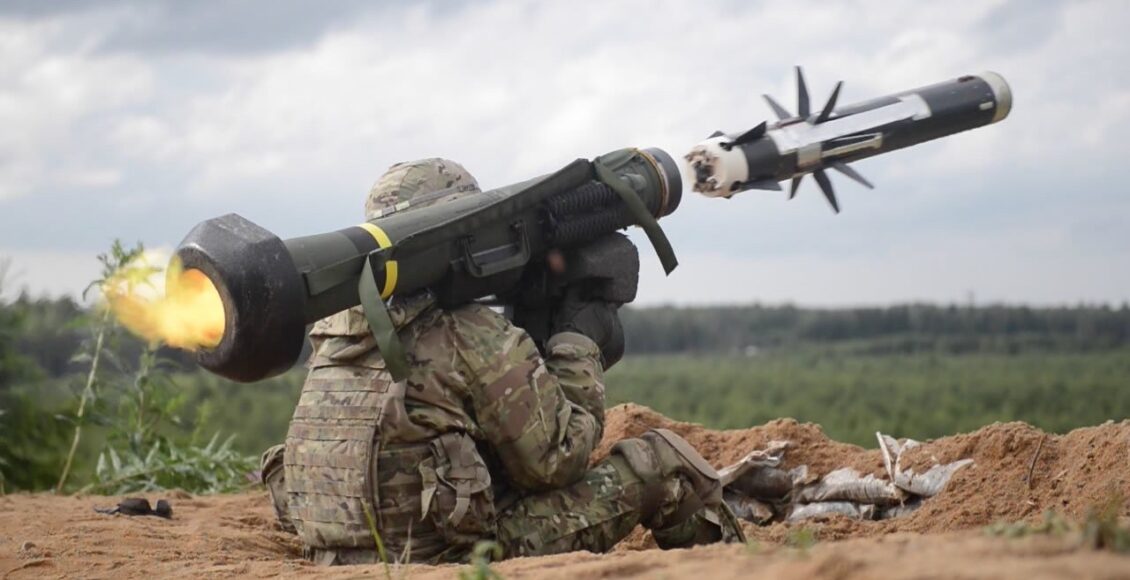 The war in Ukraine enters a new phase with the delivery of U.S. Javelin anti-tank missiles.

The recent announcement by the United States of Javelin anti-tank missile system shipments to Ukraine has been met with a litany of gratitude from Ukrainian President Petro Poroshenko and condemnation from Moscow. In March, the U.S. State Department approved the sale of 210 Javelin Missiles and 37 Javelin Command Launch Units to Ukraine, worth $47 million.

However, it is not only American lethal aid that is being provided to Ukraine. Since 2015, Bulgaria has been exporting weapons to Ukraine, including DRTG-73 anti-tank grades. These have been used in combat operations by the Ukrainian Armed Forces as recently as November 2017.

The proliferation of Lethal Weapons

Bulgarian arms shipments aren’t just going to the Ukrainian Armed Forces, however. They are also going to Russian-backed separatists in the eastern Ukrainian regions of Donetsk and Luhansk. In December 2016, Bulgarian defense manufacturer VMZ’s RPG-22 weapon was discovered to be in use by separatist forces by Ukrainian Security Services. There is no question that Bulgarian lethal weapons have been widely proliferated throughout the Donetsk and Luhansk regions. In 2015, Bulgaria exported over €16 million of armaments to Ukraine in 2016.

It isn’t surprising that these weapons are being proliferated on both sides of the Ukrainian conflict—it exemplifies a trend of foreign arms manufacturers exacerbating the conflict through increased arms shipments. As early as 2015, Lithuania was also in the business of sending lethal weapons to Ukraine.

In 2017, Lithuania announced that they intended to deliver weapons worth €1.93 million to Ukraine this year. Included, reportedly, are “more than 7,000 Kalashnikov rifles, two million cartridges, more than 80 machine guns, several mortars, anti-tank weapons and other military equipment.”

Escalation and the Javelin missiles

With the confirmation of delivery of U.S. Javelin missiles, the war in Ukraine enters a new phase. Western support of Ukraine creates the impression that this conflict is merely another proxy war between Russia and the United States. Although lethal weapons have been sent before from Bulgaria and Lithuania to Ukrainian forces, the higher caliber of Javelin missiles introduces a new level of escalation. The proliferation of these weapons is less likely—however, the danger lies in what now Russian-backed separatists will do.

In recent weeks, there has been an uptick in fighting between Ukrainian forces and separatists in Donetsk and Luhansk. Despite the Minsk II Accords, the four-year-old conflict continues to simmer.

This new variable begs the question of what will happen next? Generally, when a country party to a conflict receives stronger weapons, the opposing side will attempt to match it in an arms-race-like scenario. Russian-backed separatists may be supplied with heavier-caliber armaments, and it’s possible Russia’s involvement in Ukraine will become more overt in the near future.

For now, the increased proliferation of weapons in Ukraine may increase Ukrainian President Poroshenko’s gratitude to the United States, but it remains to be seen how this will affect the conflict’s strategic landscape.