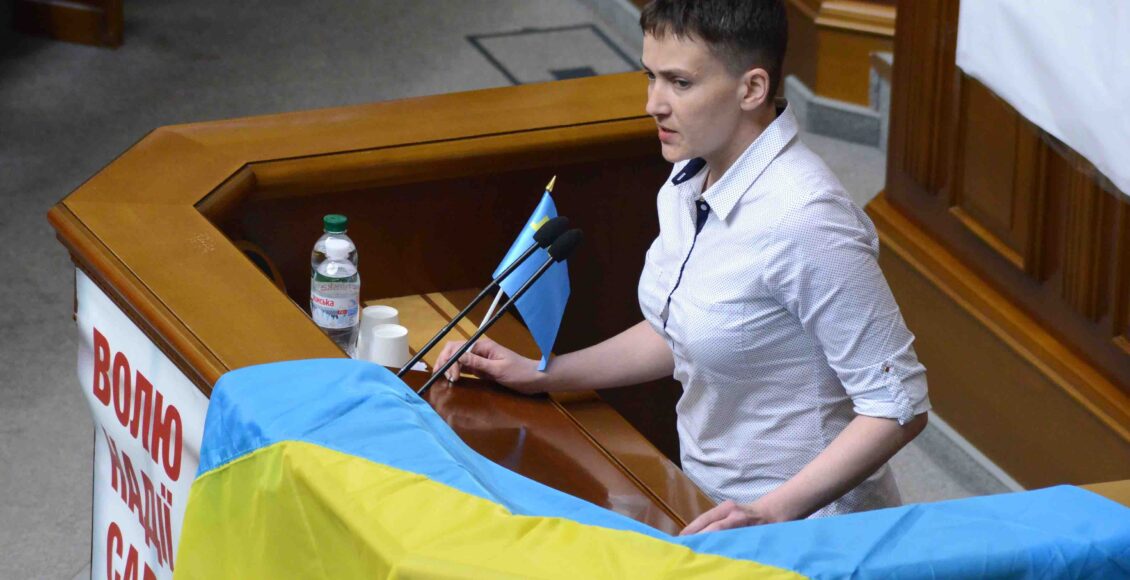 Nadiya Savchenko was an MP in the Ukrainian parliament after spending two years in Russian custody.

On March 22, 2018, Nadiya Savchenko was arrested by the Ukrainian State Security Service on charges of plotting a coup.

If the name at all sounds familiar, it is due to Savchenko’s 2014 arrest. Savchenko was accused of killing two Russian journalists in the Russian-controlled areas of eastern Ukraine. In Russia, she was charged with murder and sentenced to 22 years in prison.

During her time as a prisoner in Russia, she refused to admit guilt. She was eventually included in a 2016 prisoner swap. She was pardoned by President Vladimir Putin in exchange for the return of two Russian servicemen from Ukraine.

Savchenko was awarded the Star of the Hero of Ukraine and quickly rose to prominence within the Ukrainian Parliamentary Opposition movement.

Following her return, Savchenko has held talks with separatists and publicized lists of people who went missing or who were captured during the conflict. None of this has been conducted with the support or consent of the Ukrainian government.

In the lead-up to her arrest, MPs in the Ukrainian parliament were shown a surveillance video of her discussing plans to attack the parliament. Ukraine’s Chief Prosecutor Yuriy Lutsenko accused Savchenko of working with Russian-backed rebels.

After watching this video, the MPs voted to remove her immunity from prosecution and for her arrest. When asked about the video, she claimed that “Ukraine’s corrupt government” needed to be overthrown.

In defending herself, Savchenko claimed that she had spoken with undercover agents who had encouraged her to overthrow the government. Her rationale was that she was playing along with them to bring the corruption of the government public. She additionally accused the MPs of not following through with the promises of the Maidan uprising, stating:

“To accuse me of treason against Ukraine … and to make anti-heroes out of yesterday’s heroes simply because they do not agree with the policies and positions of the current government, that’s all the authorities can do.”

Prime Minister Volodymyr Groysman suggested that the matter was one of psychological health. However, other Opposition members such as Borys Kolesnikov believe that Savchenko should be allowed to defend herself from a position of freedom.

What’s next for Nadiya Savchenko?

Ukrainian MPs set a date for Savchenko’s trial for March 23. At the beginning of the trial, Savchenko announced she would start a hunger strike.

In her defense, she has claimed that transporting weapons from eastern Ukraine was not, as the accusation reads, for planning a terrorist-style coup against the government, but rather to determine the origins of the arms.

Savchenko is just one Ukrainian Opposition MP, and her guilt or innocence does not do much in either setting a new way forward or backward for Ukraine.

However, if as she claims, she was set up—it may say something about the continued corruption in the Ukrainian government.

Along with many in the Opposition movement, Savchenko believes that many of the previous corruption scandals that haunted Ukraine in the past continue to happen now under a new name with tacit agreement from the West.

It remains to be seen until 2019 if any government, new or existing, will make a difference.