Ukraine sees the completion of the Kerch Strait Bridge as a national security threat. 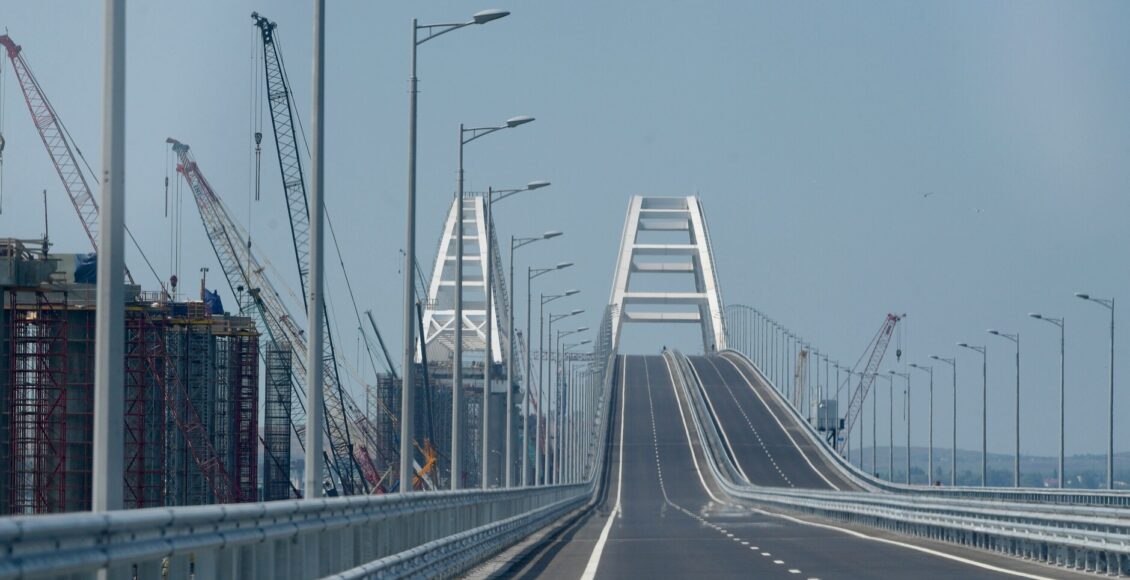 After the annexation of Crimea four years ago, Russia has completed construction of the Kerch Strait Bridge connecting Crimea to Russia.

The twelve-mile-long bridge (19 kilometers) connects Russia and Crimea by both road and rail. The road portion officially opened on May 15, with the rail portion slated for completion in 2019.

The bridge was constructed at the cost of $3.7 billion, and can reportedly sustain 13 million passengers and 14 million tons of freight per year, and is designed to accommodate around 40,000 vehicles per day.

Planning for the Kerch Strait Bridge began in 2014, in the aftermath of Russia’s annexation of Crimea.

On May 22, Ukraine filed a claim with the International Tribunal stating that the bridge’s construction was illegal under international law and was a threat to Ukraine’s sovereign interests.

Both outlets are banned from operating or broadcasting within Ukraine for a minimum of three years.

Over a week before Poroshenko sanctioned the two media outlets, the Ukrainian Security Service (SBU) announced on May 15 that it had detained RIA Novosti reporter Kiril Vyshnysky in Kiev on charges of  “high treason for allegedly participating in hybrid information warfare.”

The SBU announced that it had uncovered a “network of media structures controlled by the Russian Federation” and had launched an investigation into the activities of RIA Novosti-Ukraine.

A spokesperson for the SBU stated that “law enforcers have determined that they [RIA Novosti] were used by the aggressor country in the context of a hybrid information war against Ukraine and investigative actions are now being carried out.”

The Decline of Ukrainian-Russian Relations

Over the past few years, Ukrainian-Russian relations have soured. In a generous reading of the situation, the bridge could be seen solely as a means to connect Crimea with Russia.

Such schemes, however, are rarely so innocent. The very act of connecting the Russian mainland with the Crimean peninsula infers the permanence of the Crimean annexation.

The bridge will be a perpetual reminder to Ukrainians that Russian troops have a direct, overland (read: bridge) route into Crimea, diminishing any plausible hope of Ukraine retaking the peninsula.

Meanwhile, clashes between Ukrainian forces and separatists in the Donetsk and Luhansk regions have escalated. During the week of May 21, there were 7,700 ceasefire violations. The escalations in eastern Ukraine and the Ukrainian response to the opening of the Crimean bridge indicate that relations between Ukraine and Russia will continue to deteriorate.

As Ukraine continues to turn westward, Russia may seek to respond in more drastic ways to underscore its significance and importance to both Ukraine and the rest of Europe.