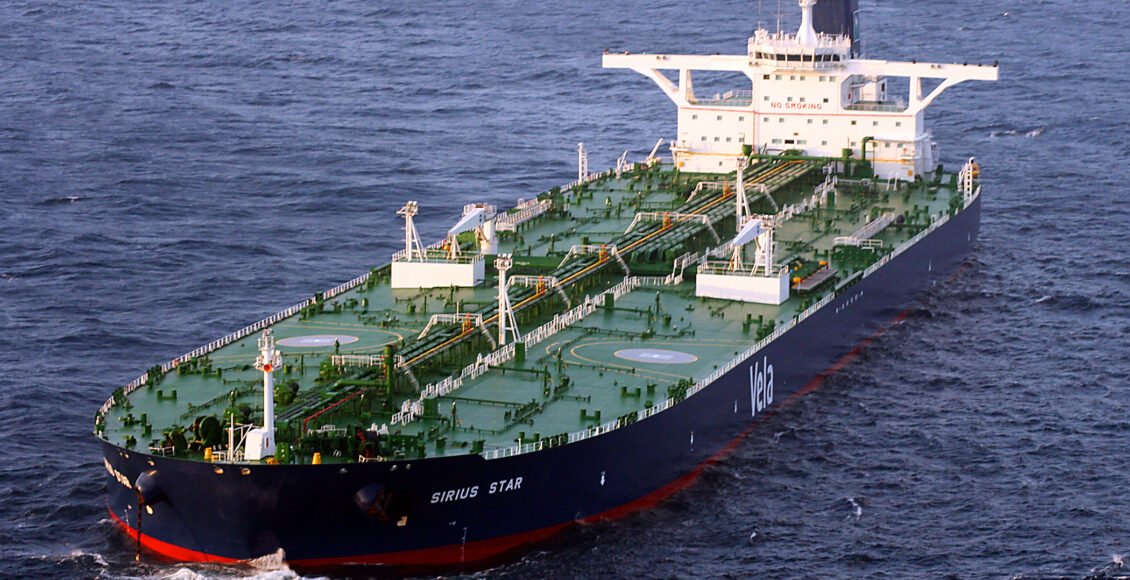 In March, as West Texas Intermediate (WTI) futures cratered to nearly forty dollars below zero, President Donald J. Trump speculated aloud to reporters on the possibility that he would consider blocking crude imports from Saudi Arabia. Doing so, he reasoned, would protect flailing American producers from an incoming flood of cheap oil from the Kingdom.

He should move forward with the embargo, and every successive administration should reaffirm the policy with its own restrictions on Saudi oil. Such a move, while sudden and seemingly radical, is a practical and pragmatic way of advancing both American economic interests at home and Washington’s geopolitical concerns abroad.

First, we must understand the relationship between Saudi oil and the broader U.S. energy landscape. While gauging the importance of Saudi oil to the American economy may seem straightforward, the history of the U.S.-Saudi relationship, as seen by lawmakers and voters, serves to complicate contemporary sensibilities. The oil shocks of the 1970s, the Carter Doctrine, and U.S. adventurism in Iraq and Afghanistan after the September 11 attacks overinflates the strategic importance of our Saudi counterparts and their natural resource endowment in the minds of the American people. One can forgive the ignorance of this popular sentiment because, for decades, it was reflective of American energy realities: since the mid-1980s, Saudi oil imports to the U.S. grew steadily, peaking at 2.3 million barrels per day (b/d) in 2003.

But a series of technological advancements have brought about unprecedented changes in American energy since the early 2000s. The advent of horizontal drilling has made shale oil a lucrative and reliable source of energy in the United States. And while the U.S. is by no means isolated from global oil markets, net imports of petroleum reached an all-time low of just over half a million b/d in 2019, down from a peak of nearly 13 million b/d in 2006. Saudi oil imports have not been immune to this dramatic reversal, decreasing more than seventy-five percent to little more than half a million b/d—a paltry six percent share of total U.S. petroleum imports last year. This amount is exceptionally minute when comparing it against imports from other major U.S. allies, especially Mexico (holding a seven percent share) and Canada (nearly fifty percent share).

In this context, we can understand Saudi oil not as a pivotal source of energy but as a dribble that has been gradually but consistently thinned by an innovative and resourceful American energy industry.

Of course, cutting permanently any number of barrels from the supply would spook markets and have a dramatic effect on oil and gas prices. But a rise in prices—which have cratered in recent weeks due to concerns regarding oversupply and lack of storage space—would be enormously beneficial for American producers, who have suffered greatly under the pandemic regime of low prices and bottomed-out demand. A modest, sustained price spike caused by a permanent supply cut would enable American shale producers to restart drilling and operate profitably, saving thousands of energy jobs and bridging the supply gap created by missing Saudi barrels. This fact is not lost on American upstream stakeholders, who are increasing pressure on the White House to slap a permanent ban on Saudi imports.

Downstream players, however, feel somewhat differently than their upstream counterparts. Ailing American refiners argue that a ban on Saudi imports would hurt their bottom line by denying access to the crude they are tooled to refine. But a slight retooling of the refineries, says U.S. Senator Kevin Cramer (R-ND), could enable them to refine U.S. crude, saving their business models and giving a boost to domestic producers. Doing so would provide a desperately needed sense of unity within the energy industry, which has been in a constant state of emergency due to foreign competition and deep slumps in demand caused by the coronavirus pandemic.

Favoring American crude over foreign materials could also win refiners a very public pat on the back from the president, who is never shy to trumpet his support for “made in America” products. Indeed, firms such as these are in sore need of a public relations boost, according to a new survey from the Brunswick Group, which details just how disdainfully the American public views the oil industry.

The Unholy Alliance That Explains Why Renewable Energy is…

The benefits of blocking Saudi imports are not limited to American oil producers. In forever removing oil as a factor that unduly influences the fundamentals of the U.S.-Saudi relationship, Washington gains a free hand to reassess geopolitical dilemmas that have plagued its long and fraught history with the Kingdom without being restrained by energy concerns.

First and foremost, removing oil from the equation would give the Pentagon and the White House additional leverage over their counterparts in Riyadh. Unable to further enjoy their traditional influence over the American energy supply, Saudi decision-makers could prove to be malleable on a particularly hot point of contention should they wish to continue being a beneficiary of American military support.

Such newfound clout can and should be used to pressure the Saudi government and its de facto leader Crown Prince Mohammed bin Salman (or MbS) into scaling down the Kingdom’s devastating military presence in Yemen, which has caused the deaths of tens of thousands of civilians, displaced nearly two million people and created the most acute humanitarian crisis in the world—all with the logistical support of the United States. In backing such an atrocious Saudi-led campaign, Washington is simultaneously damaging its credibility as a beacon of human rights and enabling the creation of a power vacuum to the advantage of Iran and other regional players like al-Qaeda in the Arabian Peninsula, one of the world’s deadliest terror groups.

If MbS wishes to continue protecting his nation’s most crucial resource using nearly three thousand American servicemembers (as he has since a drone knocked out Saudi Arabia’s largest and most strategically significant oil fields last September), he will be particularly receptive to bipartisan American demands that he work to limit Yemeni casualties and ultimately scale down his presence there. There is encouraging precedent for tying U.S. military support to most any demand: in a successful effort to end the oil wars last month, Trump himself ordered the Crown Prince to cut the Kingdom’s oil production or risk losing American military aid. And while MbS has yet to acquiesce to demands that he end his useless adventurism in Yemen, a U.S. that is not materially affected by Saudi oil—Riyadh’s one trump card—would have the best chance at convincing the strongman to think differently.

While Saudi crude makes up much less of our energy supplies than it used to, importing any barrels from the Kingdom gives the false impression to Beltway policymakers and the broader public that the American economy relies on the graces of the Al Saud family to function. It is in this way that divorcing from Saudi oil—and thus disentangling from the fiction that the U.S. relies on a young prince—that the United States can work to establish a foreign policy consensus that privileges long-term strategic interests over rabble-rousing in the Middle East on behalf of an inexperienced ruler who ordered the death of an American journalist and has repeatedly shown disdain for American values of freedom of expression and due process.

If the United States aspires to lead the charge against this century’s most significant geopolitical challenges—great power competition with China and Russia, eradicating infectious diseases, and climate change—it must work to separate itself from those whose actions hurt both its standing on the world stage and credibility with sorely-needed allies. Washington cannot afford to continue to serve the interests of unreliable allies in the Middle East if it wishes to reclaim its place as leader of the free world. By refusing Saudi imports and further disengaging from Saudi recklessness, the United States would take a small but necessary step to strengthen both its domestic front and position in the world.