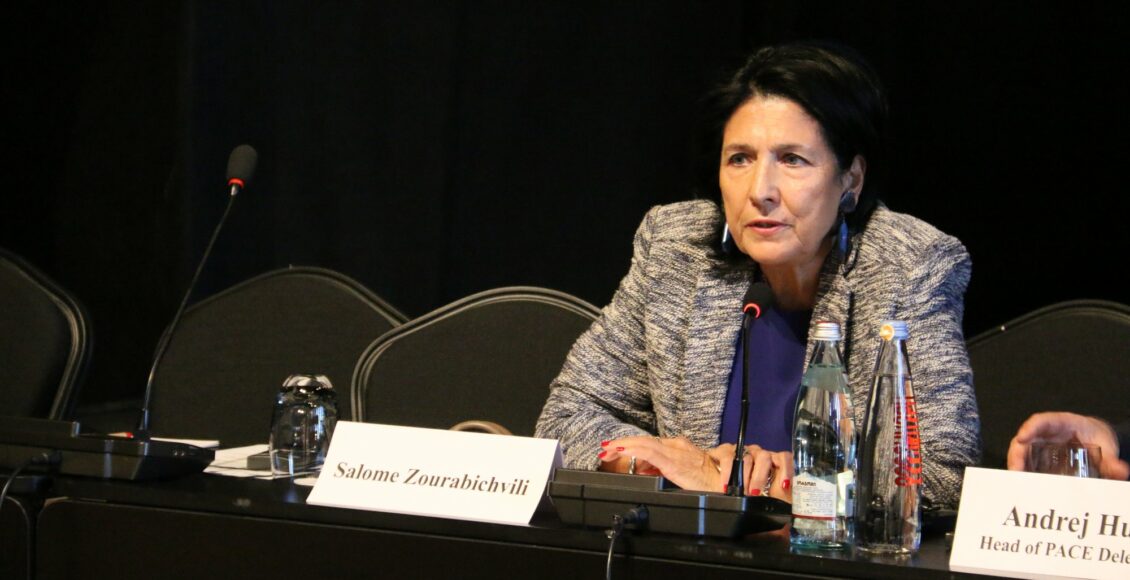 The election coincides with constitutional reforms that will change Georgia’s system of governance.

After a contentious election and subsequent runoff, Salome Zurabishvili claimed victory as the next President of Georgia. The 2018 Georgian Presidential Elections mark the final stage in a process introduced by former President Mikhail Saakashvili that aims to shift Georgia’s system of governance from a presidential to a parliamentary-based state. Georgia’s new president, Zurabishvili, will be the last elected via a direct popular vote. From this point on, executive power will rest almost exclusively with the Prime Minister.

Why is Georgia’s introducing constitutional reforms?

Changing the system of governance is meant to stop some of the more flagrant abuses of power that were formerly exercised by the ruling elite. The constitutional reforms effectively transfer executive power from the president to parliament. In Georgia, however, this will result in the ruling Georgian Dream party having substantial political power. Georgian Dream currently holds 115 out of the 150 seats and the next parliamentary elections are set to be held in 2020.

Additionally, the constitutional reforms will change how the president and members of parliament elected. The president, until now, were elected via popular vote. Going forward, Georgian presidents will will now be elected from a college of political officials, somewhat similar to the Electoral College in the United States.

Members of parliament will no longer be allowed to form electoral blocs, making it difficult (if not impossible) for smaller parties to meet the five percent threshold required for a party to be seated in parliament. Even more controversial is a new rule that will give unallocated seats to the majority party if the five percent threshold isn’t met by the party that won those seats.

Despite the loss of the presidency’s political authority, the elections garnered significant attention worldwide.

Around 25,000 gathered in the Georgian capital, Tbilisi, to protest Zurabishvili’s election to the presidency and demanding snap parliamentary elections. More than 60 percent of Georgians claimed that they either did not understand the constitutional reforms or they did not agree with them. Former President Saakashvili, who now lives in the Netherlands, claimed the vote was rigged. There were allegations of fraud while others complained that by purchasing the debts of 600,000 people, Bidzina Ivanishvili, the founder and funder of the Georgian Dream, was essentially buying votes for his candidate of choice.

International observers characterized the election as “free but unfair.” The main cause of concern? The 600,000 people whose debt was purchased by Ivanishvili. Prime Minister Mamuka Bakhtadze personally announced the policy, which applied to nearly one-third of the entire adult population of Georgia. In essence, Ivanishvili offered to buy back the debt of much of the Georgian voting population. However, even while domestic politicians claim that the vote was rigged, no international observers have stated that the election itself was illegitimate.

Going forward, it’s likely international observers will call for peaceful protests but will urge acceptance of the result. The opposition will continue to fight against what it perceives was an unfair and illegitimate election. While there has been negligible signs of interference, Western governments should closely monitor for any malicious or hostile interference. Such a possibility isn’t unlikely, given Russia’s history of exploiting internal divisions in the post-Soviet space.