Chinese and Mongolian troops will participate alongside Russian land, sea, and air forces. 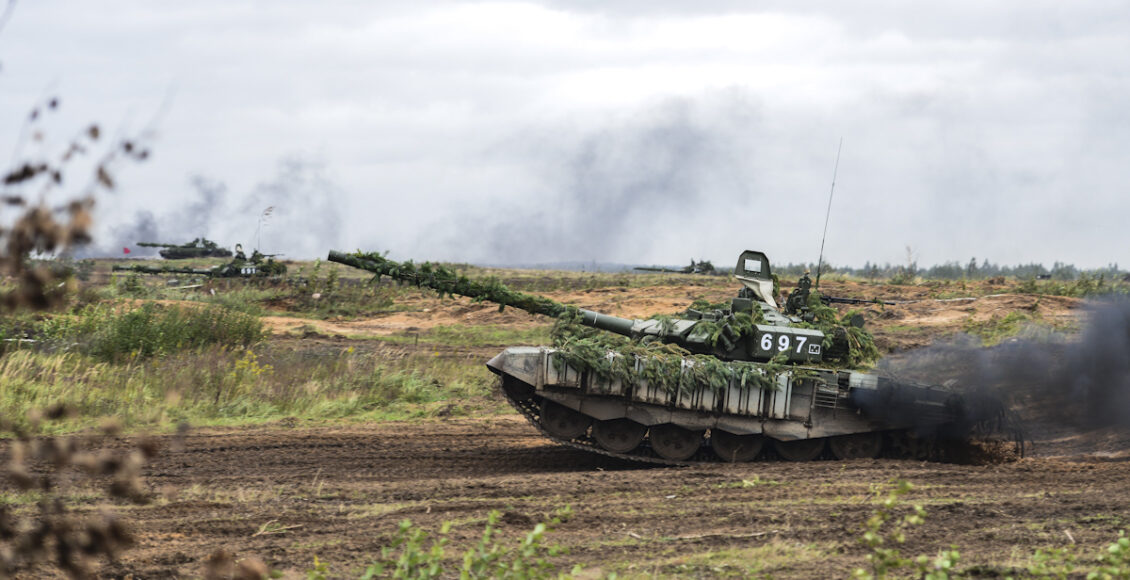 A Russian tank during the 2017 Zapad (West) military exercises.
Share

The Vostok-2018 war games will involve over 300,000 troops from the Russian, Chinese, and Mongolian militaries.

From September 11 to 15, Russia will hold its largest war games since 1981. The exercise is called Vostok-2018 and will involve more than 300,000 troops, two Russian naval fleets, more than 1,000 military aircraft and all of Russia’s airborne units.

Chinese and Mongolian military units will participate alongside Russian forces. Despite Russia not being obligated to do so as the exercises will be held to the east of the Ural Mountains, NATO military attachés were invited to observe the exercises.

Moscow has cited the steady increase of NATO forces deployed in eastern Europe and the United States’ ship-based Aegis Ballistic Missile Defense System deployed in Japan as evidence of a Western military buildup.

Russia, however, has been increasingly aggressive in developing and demonstrating its military capabilities. Russian warships have been deployed to the Mediterranean Sea, part of the country’s largest naval presence in the Mediterranean since 2015.

War games are often a response to escalating tensions.

More often than not, war games are a way to demonstrate power-projection capabilities. The Vostok-2018 military exercises are a predictable reaction to increasing economic sanctions and perceived threats to the Kremlin’s hold on power.

While coverage of the Russian annexation of Crimea seems to have stagnated in the international media, the issue continues to be of interest to Russian officials. Serhiy Kostynsky, a member of the National Council for TV and Radio Broadcasting in Ukraine, discussed Russian transmissions jamming Ukrainian frequencies in Crimea and neighboring provinces within unoccupied Ukraine.

While operations such as these may seem insignificant, they reveal the degree of aggression Russia is willing to employ to secure its interests. Information warfare, whether through the dissemination of fake news or jamming radio signals, is a cornerstone of Russia’s response to what it perceives as NATO expansionism.

Every Russian action merits a reaction.

While Russia may continue to employ subversive measures in addition to increasing the frequency and scope of its war games, its actions are not without consequence. In 2018, Ukrainian President Petro Poroshenko withdrew Ukraine from the Commonwealth of Independent States (CIS), an organization comprised of former Soviet republics.

In August 2018, Ukraine officially closed its offices in all CIS member states. Again, this action may seem purely political in nature, but Ukraine’s departure is viewed in Russia an unacceptable move against what it sees as its traditional sphere of influence.

On the military front, the U.S. Navy reactivated its Second Fleet responsible for combatting Russia’s presence in the North Atlantic Ocean. The Second Fleet was initially formed in 1950 as a response to a Soviet force buildup. The Second Fleet’s reactivation is a high-level indicator of the increasing tensions between the U.S. and Russia.

War games, much like actual conflict, have been used to distract from lackluster economic performance, diverting the attention of disaffected citizens. A planned increase in the retirement age sent Russian President Vladimir Putin’s approval ratings from 80 percent to 64 percent.

Judging the Impact of Vostok-2018

On the one hand, regarding demonstrating the ability to mobilize military resources, Vostok-2018 will most be judged as a success by the Kremlin. Any form of mass military mobilization is done with the intent of maximizing the perception of power and strength.

On the other hand, it remains to be seen as to how effective the war games will be in tempering domestic discontent. Domestic Russian rhetoric regularly projects anti-Western viewpoints, so it is plausible the Vostok-2018 war games will serve to amplify this narrative.

The Levada Center, an independent Russian polling organization, stated in July 2018 that 19 percent of respondents supported the ‘Russia for Russians’ slogan—almost double the percentage of respondents asked the same question one year ago.

Given Russia’s documented success in manipulating public opinion through propaganda and control of the media, the Vostok-2018 war games will likely increase the nationalist fervor within Russia, at the expense of discontent directed towards the country’s stagnating economy and unpopular pension reforms.