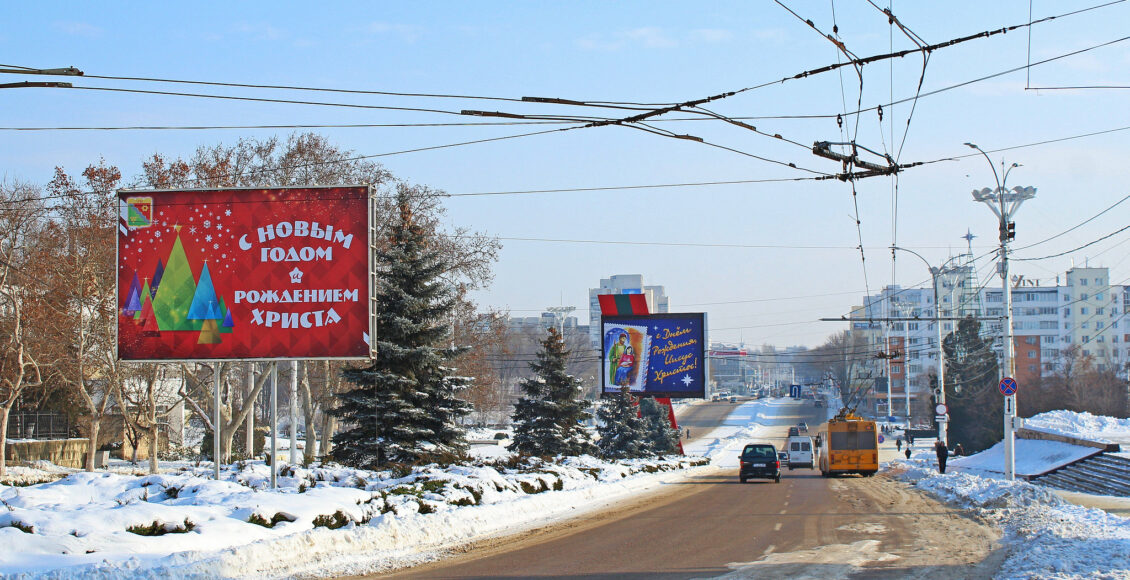 If you’ve not heard of Transnistria—the de-facto state nestled between Moldova and Ukrain—you could easily be forgiven. The territory is just over 4,000 square kilometers, is home to just under 500,000 people and recognized only by three additional de-facto states. While Abkhazia, South Ossetia, and Artsakh may treat Transnistria as an independent state, the rest of the world sees Transnistria as a breakaway portion of Moldova. Moldova itself calls the tiny strip of land on the eastern bank of the Dniester river an autonomous territorial unit with special legal status.

Since the conflict that led to its secession in 1992, Transnistria has used its uncertain legal status to act as a thriving market for illegal arms. The country is estimated to house Europe’s largest ammunition stockpile. This stockpile alongside easily corrupted officials and porous borders has allowed Transnistria to operate as prime real estate for much business that cannot be conducted openly in many other countries. This business includes the monopoly Sheriff corporation, Sheriff LLC, which is owned and founded by Viktor Gushan, a former Soviet KGB officer.

What makes Transnistria so popular for illegal trade?

Perhaps Transnistria’s largest asset for illegal trade is its proximity to Odessa, Ukraine’s Black Sea port which operates as a prime spot for most Eurasian trade. Transnistria’s main exports are cigarettes, arms, alcohol, and food. Historically, much of this trade was unable to go through Moldova or to the European Union due to trade boycotts. Instead, Transnistria relied on the porous borders between itself and Ukraine. However, given the ongoing civil war in Ukraine, that approach has shifted.

After 2014, Ukraine’s border policy has become much more aggressive. Instead of allowing illegal products to travel to Odessa, Ukraine border patrols are much stricter now both regarding products and people. In its place, Transnistria has been forced to turn westward. After a long series of negotiations, Moldova signed a tariff-free trade deal with the European Union in 2014. This deal additionally allowed trade to be conducted from Transnistria with a few caveats. Businesses in Transnistria could take advantage of this deal so long as they were registered in Moldova and agreed to customs inspections. This shift within Transnistria gave way to massive change. While in 2014, While in 2014, 27 percent of exports went to the European Union, in 2016, that data point increased to 58 percent.

Will Transnistria continue to be an illegal trade hub?

While Transnistria has certainly shifted most of its trade to the West, it remains to be seen whether or not it has ended its reliance on illegal trade. Sheriff LLC, for example, has a monopoly not only on all domestic business within Transnistria but also on illicit trade. Even with increased trade with the European Union, it is unlikely that such a behemoth like Sheriff would give up a significant portion of its income. Moreover, while it certainly appears as though Transnistria is slowly turning westward, its historical connection with Russia cannot be understated.

This relationship with Russia implies that even with stricter Ukrainian border policies, there will be a portion of the population that feels close to and therefore travels to Russia. Naturally, not all of this travel will involve illegal trade. Given Transnistria’s experience with smuggling, it would be surprising if black market trade ceased simply due to new border restrictions.