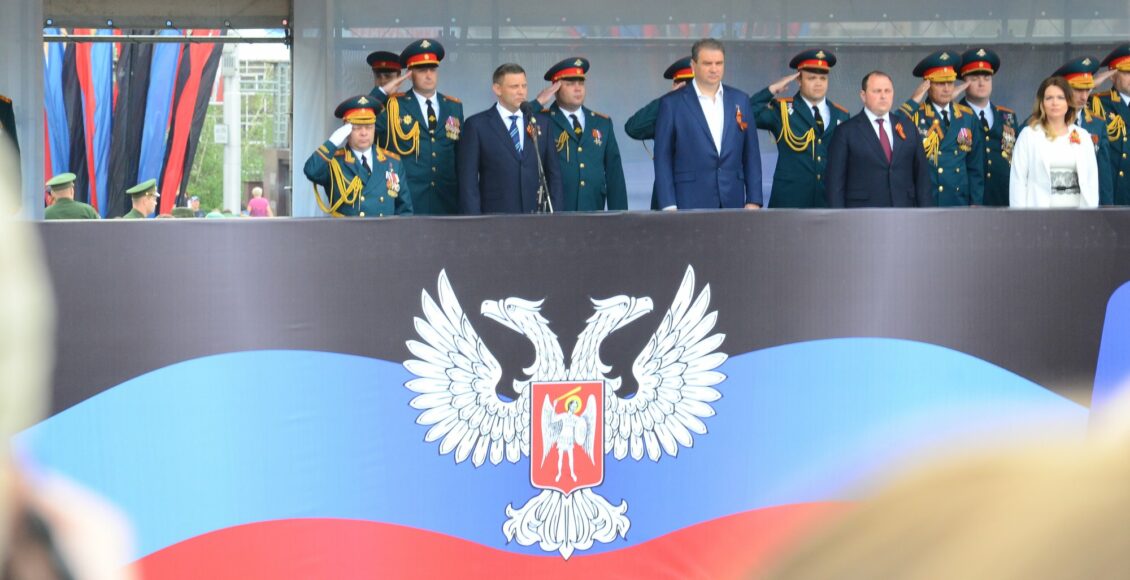 On November 11, elections will be held in the self-proclaimed Donetsk and Luhansk People’s Republics (DPR and LPR, respectively). The outcome of the elections will determine the heads of government and state in both regions.

Western governments have strongly criticized the upcoming elections, and have urged Russian President Vladimir Putin not to recognize their results. Not only will the elections disrupt the Minsk process, threatening the increasingly unstable status quo in the region, they provide an air of legitimacy to the Russian-backed separatist groups in Eastern Ukraine, allowing for a further consolidation of power.

Are the elections in violations of the Minsk Agreements?

European governments and the U.S. strongly disagree with the Kremlin over the legality of the DPR and LPR elections. The Ukrainian government—which sees the elections as violating both Ukrainian law and the Minsk Agreements—has already stated that it will not recognize the results. The United States and the European Union have also indicated they will not consider the results to be legitimate.

According to Federica Mogherini, the High Representative of the E.U. for Foreign Affairs and Security Policy, “all steps that would obstruct the advancement of the implementation of the Minsk agreement must be avoided.” The Minsk agreements state that elections must be held in accordance with Ukrainian law and be monitored by the Organization for Security and Cooperation in Europe.

The Kremlin-backed DPR leadership has rejected all criticism of the election, arguing that the Minsk Agreements only mention municipal elections, and as such, all criticism is “baseless” and the elections have a “solid foundation.” Kremlin spokesman Dmitry Peskov declined to answer questions whether Russia will recognize the results of the upcoming elections.

Filling the power vacuum in the Donbass

Some consider the upcoming elections as necessary to fill the power vacuum left after the assassination of Donetsk separatist leader Alexander Zakharchenko in August 2018. Zakharchenko himself had previously postponed these elections for an indefinite period.

The identities of those behind Zakharchenko’s assassination remain unknown but there is rampant speculation. A popular theory attributes the assassination to Kremlin dissatisfaction with the corruption in the Donbass enabled by Zakharchenko and his right-hand man, Aleksandr Timofeyev. Russia and Ukraine have blamed each other for the murder.

Replacing Zakharchenko was not a complicated endeavor. Zakharchenko symbolized separatism in Eastern Ukraine and seemed to be genuinely respected by many in the Donbass region. Initially, Dmitry Trapeznikov was appointed as a successor. He was fired just days after his appointment by the Prosecutor General. Trapeznikov was replaced by Denis Pushilin, the former speaker of the DPR parliament.

Trapeznikov’s ouster, as well as Timofeyev’s swift disappearence from the political scene, were followed by a statement from Aleksei Chesnakov, a close associate of Russian presidential aid Vladislav Surkov. In his statement, Chesnakov blamed Timofeyev for ongoing corruption and criticized Trapeznikov for his lack of a legal mandate.

Pushilin—currently the acting prime minister and the presidential frontrunner—has ties to MMM, an infamous pyramid scheme that deprived millions of citizens across the former Soviet Union of their savings during the U.S.S.R.’s collapse and its aftermath in the 1990s. Despite his low popularity, Pushilin has enjoyed the Kremlin’s full support in the run-up to Sunday’s vote.

Viable presidential candidates have fallen out of the running.

The election campaign in Donetsk has been rather turbulent. Viable presidential candidates such as Alexandr Khodakovksy and Pavel Gubarev were quickly dismissed out of the running. Khodakovsky, who stood a real chance for the position, was not allowed into Donetsk on the date he needed to register as a candidate.

Pavel Gubarev did not collect enough valid signatures, according to the election commission. Igor Strelkov was disqualified on the basis of being a Russian citizen. Pavel Gubarev, one of the first political leaders of the 2014 separatist movement, was denied registration for not having collected enough valid signatures. It is interesting to note that the removal of strong candidates was accompanied by PR efforts to restore Pushilin’s reputation, and to position him as continuing the mission of Zakharchenko.

As a result, on November 11, only four relatively unknown candidates will be competing with Pushilin for the presidency: Vladimir Medvedev (deputy education minister of the DPR), Roman Yevstifeyev (head of the Museum of Afghan Veterans), Elena Shishkina (chairwoman of the Ukrainian People’s Tribunal for the Government of Ukraine), and Roman Khramenkov (former mayor of Yenakiieve and Horlivka).

According to U.S. deputy ambassador Jonathan Cohen, the Kremlin is using the elections to support the authorities in Donetsk and Luhansk, which are, in his words, “inseparable from the illegal armed groups controlled by Moscow.” Pushilin is considered to be less impulsive and more manageable for Moscow than Zakharchenko.

Given the Kremlin’s steadfast support for Pushilin, as well as a campaign to restore Pushilin’s reputation in the run-up to the elections, it is clear that Moscow views the Donbass elections as extremely important—whether it officially recognizes the outcome or not.

It is likely that Pushilin will claim victory on November 11. Less certain, however, is whether he will continue to abide by the spirit of the Minsk Agreements, which have been gridlocked for months. The most likely scenario is that nothing will change, breaches of ceasefires will continue, and Moscow—with its preferred candidate leading DPR—will continue pulling the strings of Eastern Ukraine.

Katarina Kertysova and Gabriella Gricius are analysts at the Hague Centre for Strategic Studies (HCSS). The views and opinions expressed in this article are those of the authors and do not necessarily reflect the official position of HCSS.