The Escalating Crackdown on Journalists in Russia and Belarus 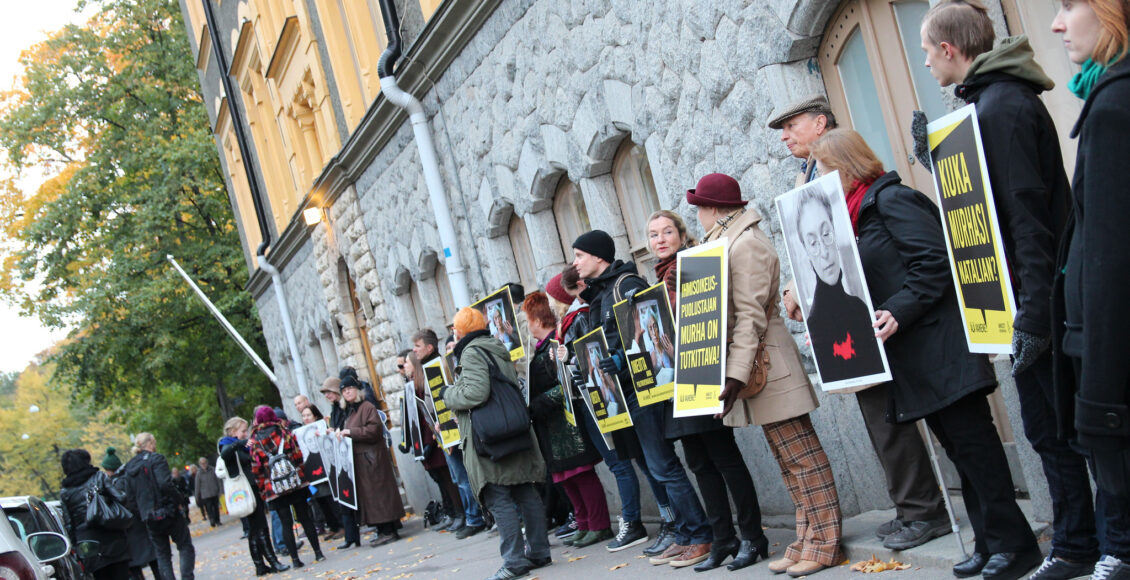 The suppression of free media in Russia as well as other post-Soviet states like Belarus is not without precedent.

Whether through denying journalists the right to cover a story without security implications, or restricting reporting using scare tactics, there is a deeper meaning behind each time a government cracks down on journalists.

In attacking media outlets, the officials in question confirm that the story in question is worth covering. That is not to say it won’t be dangerous. Russia, in particular, has a long history of politically-motivated murders of journalists.

Perhaps the best-known is Anna Politkovskaya. As a reporter, she covered corruption within Russia and revealed much of the torture and the brutal warfare tactics employed by the Russian government and military in Chechnya. After multiple threats, being jailed, and forced into exile on various occasions, she was assassinated in 2006, in the elevator of her apartment building in central Moscow.

In doing so and without words, the Kremlin revealed its willingness to use forceful tactics in response to its decreasing patience for journalists covering controversial topics such as the Beslan crisis, the Moscow theater hostage situation, the Chechen wars, and the Ryazan apartment bombings.

Journalists will continue to be targeted and assassinated throughout the former Soviet Union.

There is not yet confirmation that their deaths were linked to covering this organization. However, all of the journalists worked for the Investigation Control Center, a Russian news organization financed by Mikhail Khodorkovsky.

Khodorkovsky is a former Russian oil oligarch who was run out of his country by Russian President Putin after being accused of fraud, embezzlement and money laundering. The Wagner Group is known to be associated with Yevgeniy Prigozhin and Dmitry Utkin, both of whom are Russian oligarchs with close ties to Putin.

Russia isn’t the only post-Soviet state where journalists are under threat.

Thus far in 2018, the deaths of two journalists, Maksim Borodin and Sergei Grachyov, have been confirmed. Although police claim that Borodin died after falling out of a window, his colleagues assert his death was due to his reporting on corruption.

In 2017, there were four journalists reportedly killed after writing critical articles about corruption. Six deaths may not seem extreme. However, all six deaths show that corruption is a dangerous topic to cover.

Although Russia tends to be the immediate enemy in the eyes of the free press, it is by no means the only country with this systemic restriction. Belarus, a former part of the Soviet Union, recently detained at least 18 journalists.

Authorities accused them of unlawfully obtaining information, searching the offices of independent news agencies in Minsk. This kind of action not only shuts down some of the independent reporting available in Belarus but also creates a hostile environment for journalists entering or leaving the country.

What is Motivating the Crackdowns in Russia and Belarus?

As with every action taken by an administration publicly sanctioned or not, there is always a reason behind it. In other words, there is more at play than a simple crackdown on journalists in Russia and Belarus.

These attacks and threats are happening for a reason. In Belarus, a new election looms on the horizon for Belarusian President Aleksandr Lukashenko and anti-regime reporting cannot be tolerated.

When examining some of the recent events in Russia, observers note an uptick in unofficial military actions abroad in countries like Ukraine, Georgia, and Syria. In order that the Kremlin prevent the discovery of unpleasant truths and avoid embarrassment, these areas cannot be independently covered.

In fact, Putin recently created a patriotic directorate in the military to increase “moral and political unity.” This is reminiscent of political actions taken in the Soviet Union, highlighting the need for Russia’s government to maintain an official line that cannot be challenged.

The security implications can be complex and multifaceted when journalists are targeted.

On one hand, the daily security for journalists and foreigners suspected on hostile action is immediately under threat. For the state itself, the crackdown represents that the state feels its own position is under threat. However, an objective reading of the situation might show that in states like Russia and Belarus, the maintenance of the current power dynamic is imperative.

The cycle of corruption in Russia is controlled by oligarchs, who in turn are given opportunities by President Putin that increase their own wealth. In doing so, Putin reinforces the belief that only with himself as president will this system continue to sustain itself.

Journalists who threaten exposing and destroying this system are seen as a threat. Observers should be mindful to look at more than the detentions and deaths of reporters, but rather look into what it was they could have exposed.