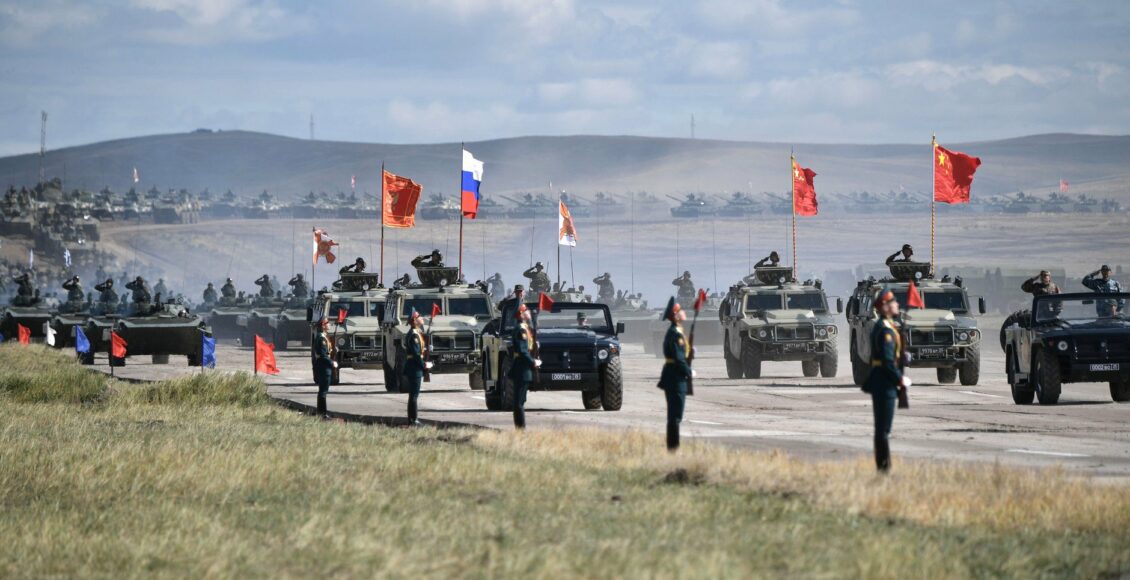 As Russia puts its military might on display in the Vostok-2018 war games, many NATO members are concerned about the ramp-up in Russia's military posturing. However, the Vostok-2018 games are only one instance where the Russian military is, for lack of a better term, showing off.

Over the last few months, Russian planes have repeatedly violated NATO airspace. Two U.S. fighter jets intercepted Russian bombers over the Arctic Ocean in both September and May of 2018.

In August, British jets were scrambled to investigate provocative Russian incursions into NATO airspace. Increased deployments of military troops and equipment have also been reported in both Crimea and Kaliningrad.

The question remains, to what end? Many historians and international relations scholars point to specific events prior to large-scale conflicts in the first half of the 20th century, like the assassination of Archduke Franz Ferdinand or the surprise attack on Pearl Harbor by the Japanese Empire.

However, the world works differently in this century. At least for now, large-scale conventional warfare seems like a remote possibility. Instead, the great power conflicts of this century have thus far been relegated active measures and information warfare campaigns, designed to subvert democratic systems and sow disorder.

Despite the growing tensions on each side of the Atlantic, the most active front seems to be virtual. While the United States and Germany have accused Russia of interfering in their political systems, the primary focus is on defending public opinion in vulnerable countries from Russian manipulation.

One such country is Macedonia, where the conflict between Russia and the West seems to be reaching a boiling point.

With the highly anticipated referendum on a name change, Macedonia has a high chance of joining the EU. It is not a surprise that both the United States and Russia are quite interested in the result of this referendum.

U.S. Defense Secretary Jim Mattis even stated that he was, "concerned about…the kind of mischief that Russia has practiced from Estonia to the United States, from Ukraine and now to Macedonia.”

At the very least, it seems less probable that this form of digital proxy war could easily escalate into a violent hybrid conflict.

At a visit to the Vostok-2018 training grounds, Russian Defense Minister Sergei Shoigu noted that this was just the first of a series of regular training exercises between China and Russia.

While this could just be a sign of closer cooperation between the two countries as relations with Europe and the United States worsen, the large-scale posturing could devolve into a military conflict.

While Russian posturing is effective in deterring foreign aggression and diverting domestic attention away from divisive issues, it could also suggest that actual conflict is not as remote a possibility as we would like to believe.

Despite hopes for peace and reconciliation, countries are allocating more money to their defense departments and military budgets. Conflict is always on the horizon, whether diplomats and politicians prefer to acknowledge it or not.

War remains a realistic possibility, and Russia's actions indicate an effort to prepare for a range of scenarios, ranging from large-scale great power conflict to smaller-scale proxy wars in its periphery.