Macedonia Changes Its Name—Or Does It?

Over the past few weeks, turmoil has engulfed the two countries of Greece and Macedonia. 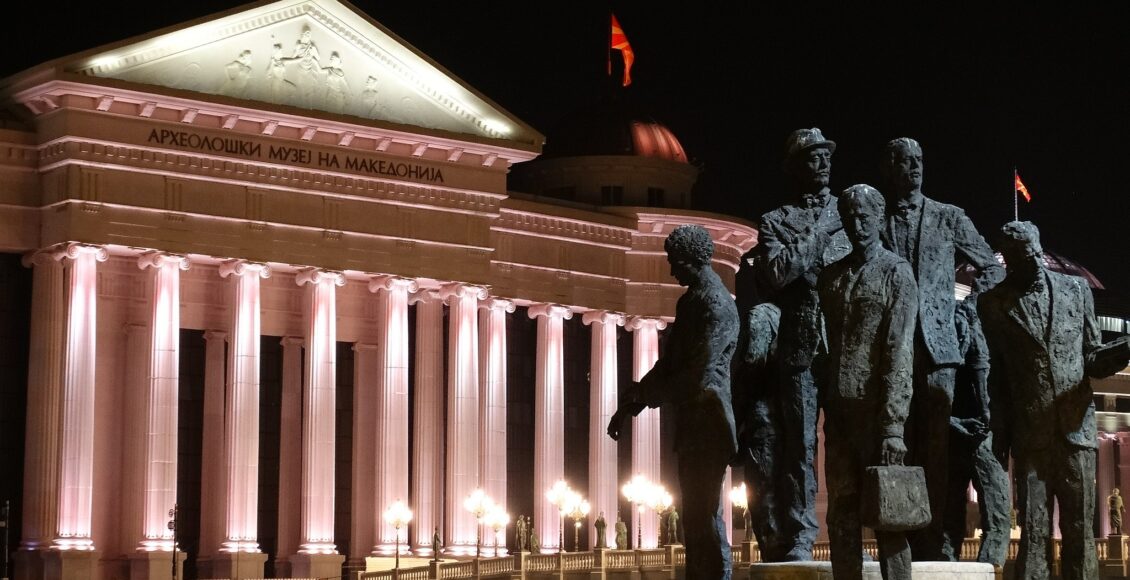 The longstanding name dispute between Macedonia (FYROM) and Greece may be at an end.

Over the past few weeks, turmoil has engulfed the two countries of Greece and Macedonia – all over a simple name change. The debate over Macedonia’s name is a point of contention between both countries and has been for many years.

However, on June 20, 2018, Macedonia’s parliament ratified an agreement with Greece to change its formal name from the Former Yugoslav Republic of Macedonia (FYROM) to the Republic of North Macedonia.

Although the opposition party boycotted the vote and there is much public opposition against it, Macedonian Prime Minister Zoran Zaev believes this compromise on the name is a step in the right direction for his country. If ratified, the deal will end 27 years of dispute between both countries.

The question of Macedonia’s name has to do with a Greek province.

Greece argues that the usage of the name Macedonia is at odds with a northern Greek province with the same name.

Specifically, Greece is concerned that by allowing their northern province as Macedonia as a whole to have the same name, they are opening themselves to potential future issues of territorial claims.

This dispute arose in 1991 when Macedonia declared its independence from Yugoslavia. Even Macedonia’s admittance to the United Nations was done under a provisional name.

Greece has boycotted Macedonia’s attempts to join the European Union and NATO for years.

Due to the dispute, Greece has continually vetoed Macedonia’s acceptance into both the European Union and NATO. However, with this agreement in sight, European Union foreign ministers have agreed to open accession talks for both Albania and Macedonia in June 2019.

Before negotiations can take place, both countries will have to show significant progress regarding their human rights and democratic reforms. Regardless, the door is now open for both countries to enter the E.U.

At the July 11-12 NATO summit, NATO Secretary-General Jens Stoltenberg has also indicated that he hopes members will agree to start accession talks with Macedonia. Greece has been the primary objector to Macedonia joining NATO.

This change in attitude by Greece might mean a shift in these organizations. Macedonia may be a small country, but a new Eastern member to NATO and the E.U. is always of concern to Russia. Consider that the last time an Eastern non-E.U. state showed interest in joining, part of that state’s territory was annexed by Russia. Naturally, Macedonia is not nearly as strategically important to Russia as Ukraine was. Regardless, any expansionist policy by NATO or the E.U. is watched with suspicion by Russia.

There’s still a long way to go for Macedonia.

Although it is notable that both country’s foreign ministers signed off on this historic deal, there are many hurdles to come. On June 26, 2018, Macedonian President Gjorge Ivanov refused to sign the agreement, calling it a “criminal act.” However, his refusal to sign it may have no impact.

If the parliament convenes again and approves the change with a two-thirds majority – then he cannot block the name change. Moreover, widespread support for the name change in both countries is at an all-time low.

After provisional approval in the Macedonian parliament, the deal will then be voted on by the Greek parliament. Even that is up in the air, although, Greek Foreign Minister, Nikos Kotzias, claims there is no reason for concern. However, the political volatility of both countries may mean that the necessary majorities in both countries may not exist by the time of the deal.

As far as security ramifications go, the change of Macedonia’s name might not seem noteworthy. The slow process of diplomacy means that the realist urges of each country may soon halt any speedy changes. Ignoring this change, nevertheless, would be a mistake. Any shift in the unpredictable Balkan region is one to be watched with care.

With such small countries, any political turmoil is relevant. Particularly with Erdogan’s recent reelection, the upcoming NATO summit and the subsequent summit between U.S. President Trump and Russian President Putin – small shifts remain relevant. Will the name change be used as fodder? Or will it operate as a new expansionist shift in NATO and E.U. rhetoric? And how will Russia respond? Only time will tell.