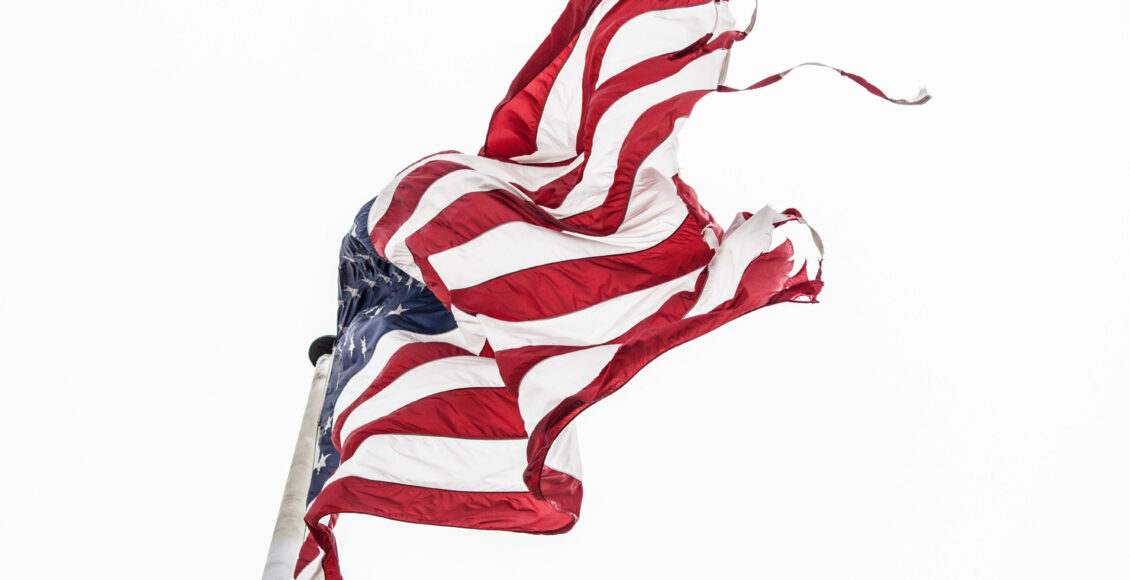 Ever since Antiquity, two rival perspectives have accompanied the practice of diplomacy.

The first inquired after what was morally right, whereas the second focused on what was pragmatic and expedient. The Greek city-states, long regarded as the enlightened architects of diplomatic customs and traditions, bequeathed upon the Western world the lofty ideas, aspirations, and vocabulary of the political ethos and practice of such commonplace concepts as democracy, commercial accords, truces, alliances, and conventions. The preferred methods of achieving these entailed persuasions, inducements, threats, and intimidation, with an occasional resort to arms. Subsequent travails of Imperial Rome, Constantinople and the Florentine courts of the Renaissance showed that the reigning canon of all diplomatic endeavors rested on enlightened self-interest aimed at the preservation and aggrandizement of empire.

While conquest and territorial expansion lay at the heart of continental Europe, the promise of the New World offered a form of republicanism absolved of foreign entanglements, wherein the words of John Adams, the “business of America with Europe is commerce, not politics or war.” “Why by interweaving our destiny with that of any part of Europe,” George Washington in his Farewell Address asked, “entangle our peace and prosperity in the toils of European Ambition, Rivalship, Interest, Humor or Caprice?” This post-revolutionary idealism carried over to the Wilsonianism of open covenants and self-determination of peoples, only to be tested and eventually buried by the tragic reality of World War Two and the consequent chill emanating from the Cold War. 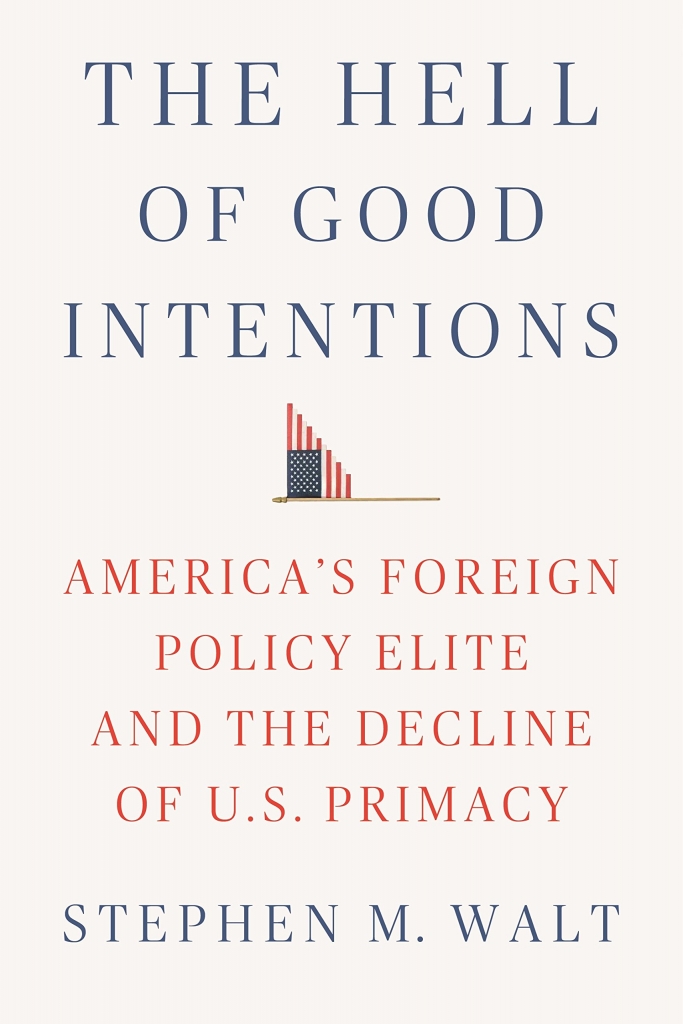 It is at this moment in history that Stephen M. Walt’s The Hell of Good Intentions: America’s Foreign Policy Elite and the Decline of U.S. Primacy begins. Walt starts his reflections on the American foreign policy establishment with a skeletal reliance on the thoughts of the U.S. forefathers or the long and rich history of a diplomatic esprit de corps, choosing instead to focus on the late twentieth and early twenty-first century’s moral compulsions and ideological convictions that led to the nation’s many political victories as well as fiascoes. His is a character study of three U.S. administrations and the vast network of think tanks and policy wonks that have influenced the trajectory of America’s foreign policy.

At the centre of Walt’s argument is the critical assertion that the United States is a benevolent power with noble intentions, an “indispensable nation” intent on pursuing an ambitious grand strategy of liberal hegemony based on liberal principles of individual freedom, democratic governance, and a market-based economy, which in the past 25 years has tragically misfired. Rather than making the United States “safer, stronger, more prosperous, or more popular […] and the rest of the world more tranquil and secure,” Walt contends that “America’s ambitious attempt to reorder world politics undermined its own position, sowed chaos in several regions, and caused considerable misery in a number of countries” (23). The Cold War victory has been squandered, Walt argues, and the United States has found itself bearing a disproportionate share of global security burdens with a considerable cost to America’s own blood and treasure.

Given America’s abundant advantages, Walt claims, the price of U.S. primacy has been mistakenly perceived by administrations on both ends of the political spectrum to be modest and easily absorbed by the world’s largest economy. Excessively burdensome democracy promotion remained the central foreign policy objective of the Bill Clinton, George W. Bush and Barack Obama administrations, despite ballooning federal deficits, budget sequesters, cuts in defense spending and world financial crises. In the meantime, the Washington D.C. policy establishment eagerly embraced a singular solution to the world’s crises irrespective of the peculiarity of the problem at hand – that, in order to keep the liberal order alive, the U.S. must remain “deeply engaged” and take the lead in “solving every global issue” (132).

To execute foreign policy and convince the American public of the benefits of global activism, policy experts engaged in meticulous rationalisations ranging from threat inflation and exploitation of uncertainty, to the exaggeration of benefits guaranteeing the country’s security and prosperity, finally to the concealment of the real costs, effectively masking the loss of human lives and risks associated with potential blowback resulting from military interventions abroad (147-80). According to Walt, liberal hegemony, pursued by “an out-of-touch community of foreign policy VIPs” (181), has failed not only in Iraq but also heavily miscalculated:

Fallout from the NATO expansion, the consequences of regime change in Afghanistan, Yemen, Libya, and elsewhere, the open-ended “war on terror,” the mismanagement of the Middle East peace process, the continuing spread of weapons of mass destruction, and the anti-democratic backlash that has occurred since the 2008 financial crisis (259).

But why should an otherwise benevolent empire intent on acting on humanitarian impulses in the face of human tragedy be excoriated for its use of power in the pursuit of ennobling ends? For Walt, diplomacy – as a tool of statecraft, rather than an ideology devoid of tangible deliverables – ought to be a primary means to an end. To win on the diplomatic front, however, America’s diplomatic ranks, the author argues, are in need of reform in order to absolve “inexperienced amateurs” (273) of the responsibility and unmerited prestige of holding key diplomatic positions. Professionalising the ranks also means ridding the foreign policy establishment of excessive secrecy, self-protective inbreeding, and immunity from accountability which encourages members of the group to pursue precarious foreign policy goals at no personal or professional expense. Walt further indicts diplomatic corps’ penchant for marginalizing dissent, silencing criticism of policy or policy “insiders” and eschewing strict accountability in order not to jeopardize friendships while routinely embracing elements of expansionism and power projection towards which the lay American taxpayer feels increasing tedium and aversion (215). These include overreliance on military force when confronted with political crises, elites’ lack of interest in diplomacy and a tendency toward unilateralism executed under the prestigious mantle of “global leadership” (288).

The Hell of Good Intentions offers an exacting autopsy of America’s successive foreign policy pursuits since the end of the Cold War in the name of liberal hegemony. While finding the outcome inadequate to the enormous soft power appeal of the U.S. and the overwhelming military might at the country’s disposal, Walt offers an alternative approach – offshore balancing – which instead of attempting “to make the world in America’s image, focuses on preventing other states from projecting power in ways that might threaten the United States, while engaging its resources only when there are direct threats to vital U.S. interests” (261).

This strategy, Walt argues, would permit the United States to focus on four primary geographical regions where its vital interests are at stake: that is, in the Western Hemisphere itself, as well in Europe, Northeast Asia, and the Persian Gulf. As industrial and military centers of power, America’s primary role would be in maintaining an “offshore” presence or, in certain circumstances, providing for small military contingents or intelligence-gathering facilities. Rather than launching into “costly and counterproductive crusades” (263), the regional security challenges would be repelled by regional stakeholders themselves, leaving the United States in the position to enter conflicts only when another major power or peer competitor should patently threaten to obstruct its pursuit of strategic aims and upset the regional balance of power. By monitoring and ensuring that the regions of vital interest to the United States do not fall under the control of other powers, Walt projects, this will buffer the country from harmful foreign policy blowbacks fostered by nationalist resentment, terrorism and anti-American extremism (264).

While the sensible American public would welcome reduced military expenditures on foreign campaigns and significant reductions to the $750 billion Pentagon defense budget, Walt does not tell his readers how much buy-in “offshore balancing” has among the Washington D.C. foreign policy establishment or how the strategy would fare when confronted with new regular and irregular trials and perturbations outside of the purview of the country’s traditional geographical spheres of influence and expertise. Putting a high premium on “patient diplomacy” and “moral suasion” (289), as Walt indeed does, while also promoting liberal values abroad, is a theoretically attractive proposition until, of course, realpolitik and the prerogatives of hegemonic exceptionalism launch the country into its longstanding default crisis response of retaliatory invasive warfare and excessively protracted conflict with a staggering human cost.

Since the book is largely retrospective and reactive in approach, Walt’s analysis would also benefit from a closer look at America’s prospective foreign policy challenges, particularly how “offshore balancing” might address the shift in the economic balance of power towards Asia; the escalation in Russian belligerence and its fine-tuning of propaganda and misinformation campaigns; North Korean and Iranian malign influence; the great power scramble for the Arctic; technological innovation in artificial intelligence and the cyber-dimension of (hybrid) warfare fought by bit and bot as well as the rise in irregular armies and the inevitable weaponisation of outer space.

Anyone who wants to understand historical trends and contemporary developments in America’s foreign policy and the emerging shifts in the country’s political landscape will nonetheless find Walt’s book a rewarding reading and an apt and timely companion to John Mearsheimer’s The Great Delusion: Liberal Dreams and International Realities (2018).

Dr. Joanna Rozpedowski is a Policy Fellow at the Schar School of Policy and Government at George
Mason University. She can be found on Twitter @JKRozpedowski.