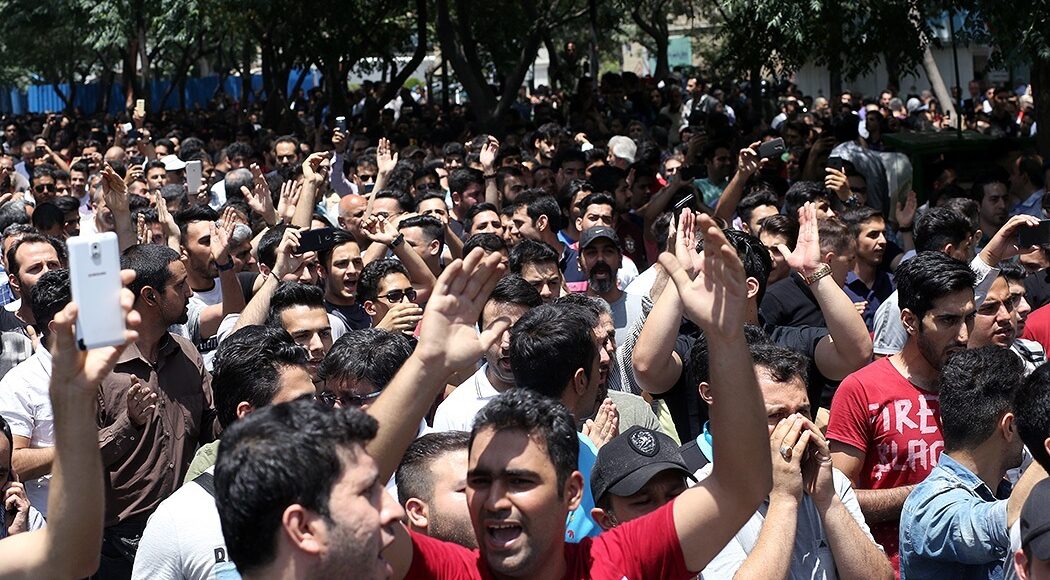 A day after Aljazeera published a piece on Mojahedin-e Khalq (MEK), whose Twitter users were targeting Iranian scholars, academics, and journalists in favor of dialogue between the U.S. and Iran, Iranian Foreign Minister Javad Zarif mentioned Jack Dorsey, founder of Twitter, in a tweet. Zarif sarcastically asked Dorsey if, instead of shutting down the accounts of real pro-regime Iranians, he should purge the platform from the MEK bots that were trying to spread a “regime change” propaganda form their headquarters in Tirana, Albania. The incident signaled that the Iranian disinformation campaign, already claimed to be targeting the U.S. and some of its allies, has now come home to roost.

Out of a population of 81 million, there are at least 47 million active social media users in Iran. Twitter, Instagram, and Telegram, which claims to have 40 million users, are also widely used in Iran. This high number of Iranian social media users and a lack of media literacy, provide a fertile ground for vast disinformation campaigns. Propaganda bots, known as “botnets” when working together, are normally used in such campaigns. They can masquerade as humans to amplify political messaging that suit specific agenda by liking, sharing, retweeting, and following genuine accounts. They can also be used to make hashtags trend, which improves the visibility of a political message.

As we approach the run-up to the Majles (parliament) and presidential elections in Iran, more hands from both pro-regime and opposition groups will be on keyboards to read, be read and possibly affect the result of the elections. For the Iranian people who are fighting for a transition from theocracy to democracy, disinformation campaigns—which are designed to sow confusion and reap chaos—are undoubtedly harmful; a look at Iran’s modern history reveals that turmoil has favored authoritarianism rather than democratic movements.

Supposing these campaigns in Iran are inspired by the Russian Internet Research Agency (IRA) model that was used to polarize the U.S. public, it is not difficult to predict that there will be a focus on the societal cleavages that already exist among the Iranians and an effort to bold them through the twitter botnets’ traffic manipulations. The final goal would be to create as much distrust and chaos as possible; such that could finally lead to a “regime change.” The main target could be religious divide and ethnic minorities like Kurds, Baluch, and Turks. There could also be some Twitter campaigns designed to influence voters to boycott the elections with the main focus on delegitimizing both reformist and conservative parties in Iran. Furthermore, sensationalist, conspiratorial, and other forms of junk political news and disinformation could be spread among the voters across the political spectrum to dissuade them from voting.

The disinformation and fake news that have already gained sizable audiences in rural areas could also possibly be another target. Residents of these areas in Iran rarely use Twitter, but the content from the platform could quickly enter Telegram or Instagram and influence users on those platforms. Before and during the course of elections, these rural areas could turn into the epicenters of fake news and rumors that are amplified by bots. This, no matter how small the scope, could change the fate of a nation.

The bots that are most probably handled by the Iranian cyber army or IRGC could be used to amplify any political message that is on the agenda of the ruling forces. They can be used to attack other candidates, harass them, or even spread rumors and fake news to smear their campaign.

Furthermore, in the event of uprisings before or during the elections, the regime in Tehran has its bot methods to fight back. These methods were tested and rehearsed during the nationwide protests of January 2018 to create distrust among the Iranian protestors. One of the tactics used is the creation of the bots whose task is to call the widely shared videos of the rallies fake and to discourage potential protestors from joining the crowds by creating a sense that nothing is going on. These bots were also used to guide the demonstrators to the wrong locations and to create an impression that the protests were on a small scale.

Iran might not be the Switzerland of the Middle East, but has a unique political structure and activism with elections held every four years to choose the president and the members of the parliament. It is these elections that create democratic glimmers of hope for reform to which propaganda bots could be a significant setback. If in 2015 and due to Iranian public’s willingness to join the international community, the P5+1’s primary concern, was Iran’s nuclear activities, now, a non-nuclear but politically polarized Islamic Republic—radicalized by propaganda bot—could raise even more significant concerns.

Furious with Trump’s withdrawal from Joint Comprehensive Plan of Action (JCPOA) and disillusioned with Rouhani cabinet’s mismanagement and inability to deliver economic promises, many Iranians are now anything but moderate. Hardliners, armed to the teeth with twitter bots, will be taking full advantage of this situation to intensively spread their propaganda and rally their supporters for a landslide victory in the next round of elections. A déjà vu of another Ahmadinejad, with a bot army, long-range missiles, and possibly an urge to withdraw from International Atomic Energy Agency (IAEA), would then only be one round of election away from all of us. Whether Iran’s fragile moments of democracy can survive is a question that only time can answer.