Is the U.S.-Saudi Partnership in Yemen Strengthening Al-Qaeda? 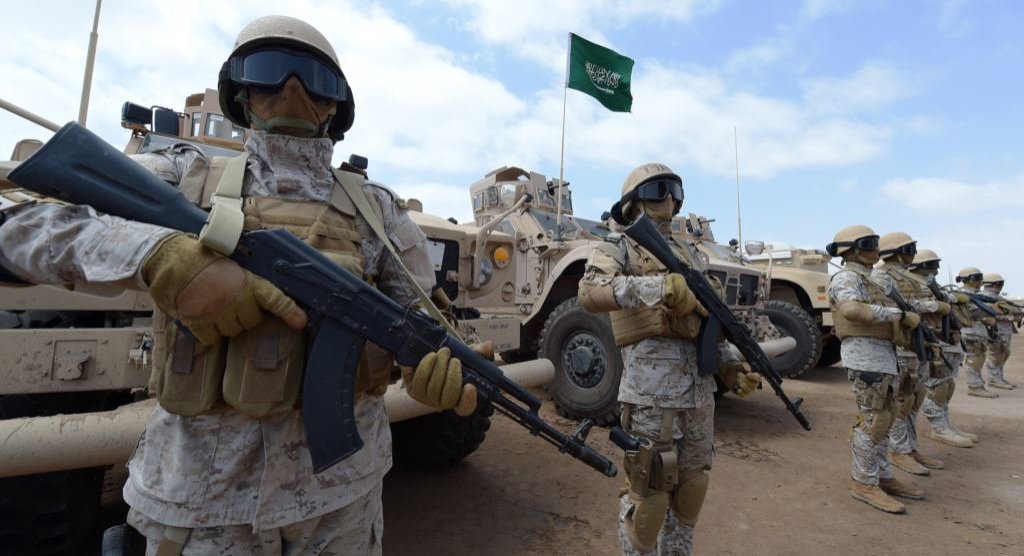 In 2015, Yemen’s civil war evolved into a proxy war between Saudi Arabia and Iran.

Both powers are vying for regional hegemony as Iran seeks a foothold in the Arabian Peninsula, while Saudi Arabia works to remain at the top of the region’s hierarchy and protect its national security.

The people of Yemen continue to languish in the world’s worst humanitarian crisis as the conflict persists. The situation has been aggravated by violent attacks against cities alongside growing food insecurity perpetuated by closed ports and embattled infrastructure. The proxy war has fomented widespread instability in Yemen, creating a breeding ground for Al-Qaeda in the Arabian Peninsula (AQAP).

While most Al-Qaeda offshoots have died out or reduced their presence, the AQAP branch has remained intact by taking advantage of Yemen’s instability while continuing to make threats against Saudi Arabia and the West.

Today, a large proportion of U.S. security experts believe that AQAP is the largest terrorist threat to the United States—more so than the Islamic State, the strength of which is consistently sensationalized by the media. Experts believe AQAP is capable of building bombs without metal, making them easy to transfer across international borders and nearly impossible to detect.

As the Saudi Arabian-led coalition—backed U.S. weapons, equipment, and intelligence—fights Iranian-backed Houthi forces in the northern Yemen, it is also combating AQAP militants in the country’s south.

The U.S. and Saudi Arabia escalated operations against AQAP, using drone strikes in Yemen to target the group’s leaders. Unfortunately, these counter-terrorism efforts have actually made the situation worse.

Saudi Arabia pursues its national security interests on the Peninsula.

The deterioration of Yemen’s internal security has allowed AQAP to gain a strong foothold in a relatively lawless and unstable state.

The terrorist group’s close vicinity to Saudi Arabia has made the monarchy uneasy due to its hatred of the Saudi monarchy for its relationship with the United States.

With Iranian-backed forces in northern Yemen and AQAP militants in Yemen’s south, the situation is increasingly precarious for Saudi Arabia.

To prevent the two aggressors from advancing, Saudi Arabia seems likely to continue carrying out airstrikes and ground assaults as the two groups gain ground and threaten not only Saudi Arabia’s regional interests and its national security.

The U.S. moves to stop the spread of AQAP.

U.S. weapons sales to Saudi Arabia over the past few years have not only supported the country’s fight against Houthi rebels in Yemen. They have also been intended to eliminate the growing threat of Al-Qaeda in the Arabian Peninsula and limit its potential expansion.

Prior to the Houthi rebellion, the U.S. and Yemeni President Hadi maintained built a strong alliance, with U.S. officials touting Hadi as a leader in counterterrorism.

Once Hadi’s regime collapsed, however, U.S. policymakers had to depend more heavily on the alliance with the Saudi monarchy to target AQAP.

In 2017, the White House stated that its recent arms deal with Saudi Arabia was struck not only to protect Saudi Arabia’s national security, but to assist in counter-terrorism operations in the Peninsula.

Reportedly, the sale would reduce the need for the U.S. military to participate in combat operations. However, U.S. special forces were deployed to assist Saudi troops in Yemen later that year.

As of 2018, anti-AQAP efforts have targeted over 3,000 Al-Qaeda members, forcing them into Yemen’s interior. However, the group continues to benefit from the lack of stable leadership in Sana’a, continuing its attempts to fill the power vacuum despite U.S. and Saudi efforts to eliminate it.

AQAP is easily exploiting the situation in Yemen.

Despite U.S. and Saudi efforts, experts have argued that the campaign against AQAP in Yemen may have actually helped the group prosper by destabilizing the region and providing new gaps for the terrorist group to exploit.

Al Qaeda has been able to further capitalize on the fact that many Yemeni civilians are turning against both the U.S. and Saudi Arabia as they watch the actions of the two countries deepen Yemen’s humanitarian crisis.

Despite this, both the U.S. and Saudi Arabia have continued their strikes upon AQAP, though their imprecision has resulted in numerous civilian deaths.

Over the course of just two days in January 2017, the U.S. military performed a ground operation in Al Bayda Province that resulted in the death of 24 civilians.

Just a few months later, 30 U.S. airstrikes against AQAP killed a few dozen more. The U.S. declared these actions a success—but to Yemeni civilians, these events were further proof that the U.S. is not a benevolent actor, but would continue to steer the fate of the Middle East to ensure its own national security interests.

Naturally, the number of civilian casualties has brewed distaste for the U.S. in the Yemeni psyche, a feeling that is rapidly replacing their once pro-U.S. attitudes.

As stated by Dafna H. Rand, a representative of the U.S. State Department, the continuity of the war and U.S. involvement in Yemen will potentially foster anger against the U.S. that could encourage radicalization and increase AQAP membership.

U.S. soft power is the key to countering AQAP.

Ultimately, the strength of AQAP may grow as more civilians begin to support its cause against the Saudi monarchy and the West.

While both the U.S. and Saudi Arabia have entered the fray with AQAP on grounds of preserving their own respective national securities, their biggest accomplishment thus far has been to foment hatred within Yemen, all while plunging more cities into crisis.

If Yemeni civilians continues to perceive the U.S. as a threat, AQAP’s anti-U.S. sentiments will gain steam. Instead, the U.S. needs to reduce involvement in airstrikes and ground assaults and take on a more humanitarian role—ensuring food security, providing medical aid and access to education, and rebuilding critical infrastructure.

Facilitating reconstruction in Yemen would benefit all parties. Yemeni civilians will benefit from increased humanitarian aid, the U.S.’s assistance would hopefully engender more positive feelings in Yemeni civilians and slow the acceptance and spread of AQAP.