Designating the IRGC as a Terrorist Group: Consequences for U.S. Forces 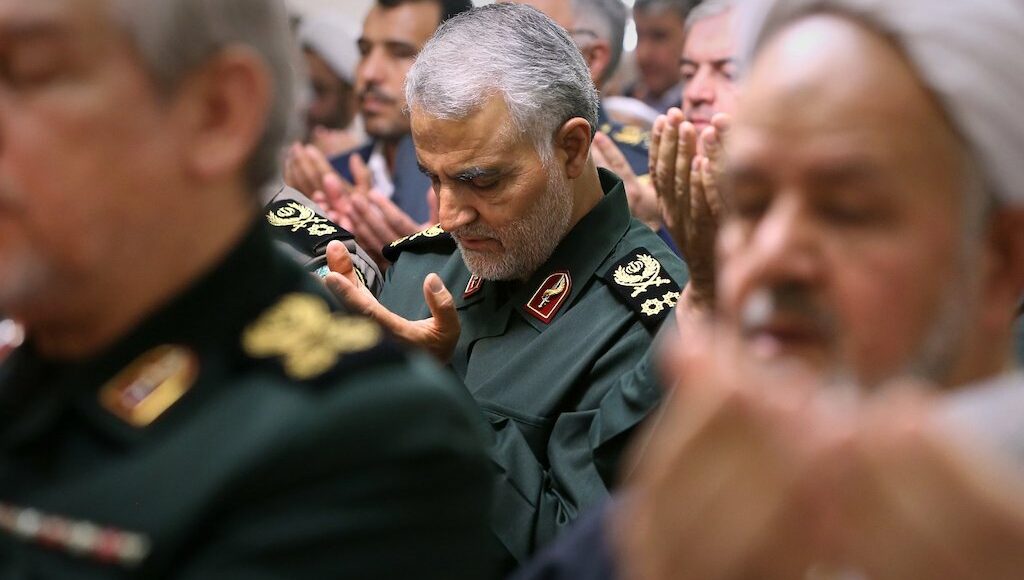 The obsession in the United States with the “war on terror” entered a new phase when U.S. President Donald Trump formally designated Iran’s Islamic Revolutionary Guard Corps (IRGC) as a Foreign Terrorist Organization (FTO).  According to the statement, the designation is “the first time that the United States has ever named a part of another government as an FTO,” and consequently any form of business with the IRGC will be interpreted as “bankrolling terrorism.” The statement was released a few days after Pentagon claimed that Iran had killed more U.S. troops in Iraq than was previously known, which could be interpreted as providing a pretext for the administration’s action.

In response, Iranian Foreign Minister Javad Zarif wrote a letter to President Hassan Rouhani and Iran’s Supreme National Security Council (SNSC) asking that U.S. Central Command (CENTCOM) be designated as a “terrorist organization” in a reciprocal move, a measure already promised by some Iranian lawmakers. Shortly after that, Iran’s SNSC stated that the U.S. government was a “sponsor of terrorism” and designated CENTCOM and all affiliated forces as “terrorist groups.” Now, a new wave of tensions could spread through the region.

Too big a bite for CENTCOM to chew?

Many have argued that the U.S. is retreating from its role as a world leader and is moving in a more isolationist direction. Others point to a need to reconcentrate U.S. resources in response to the oft-mentioned return to “great power competition.”

China—and Russia, to a lesser extent—are engaged in expansionist agendas as the U.S. has been preoccupied with events in the Middle East. Many believe the time, energy, and money the U.S. has spent for nearly two decades in the region would have been better spent countering the influence of the country’s real revisionist threats.

While the U.S. remains involved in a “forever war” in Afghanistan, and with Iraq still reeling from the aftermath of sectarian conflict and ISIS, the U.S. increasingly seems bent on raising tensions with Iran in light of the recent IRGC designation as a terrorist group.

The U.S. presence and the Shiite Crescent

The Iranian proxies in Iraq, known in general as “حشد الشعبی” or Popular Mobilization Units (PMU), whose commanders such as Hadi Al-Amiri and Abu Mahdi al-Muhandis have close ties to IRGC—and Qasem Soleimani, in particular. In the aftermath of fighting ISIS in Iraq, the PMU is now better organized and equipped.

With the recent designation, these groups, with their close ties to their Shiite Iranian allies, can undoubtedly escalate the level of violence in Iraq. According to The New York Times, the recent move could even push the Iraqi parliamentarians to fuel a proposal limiting the movement and actions of the approximately 5,000 American troops in Iraq.

Hezbollah, based in Lebanon, is arguably the most loyal Iranian proxy group. With approximately 45,000 fighters, having alongside the IRGC in Syria, the Hezbollah militia has proven itself to be a capable force in implementing Tehran’s regional strategy. The PMU and Hezbollah—essentially two foreign branches of the IRGC—will pose challenges for the U.S. forces. While the United States would undoubtedly emerge tactically victorious from any conflict in the Middle East, two questions remain: at what cost, and after how long?