The new reality facing the West. 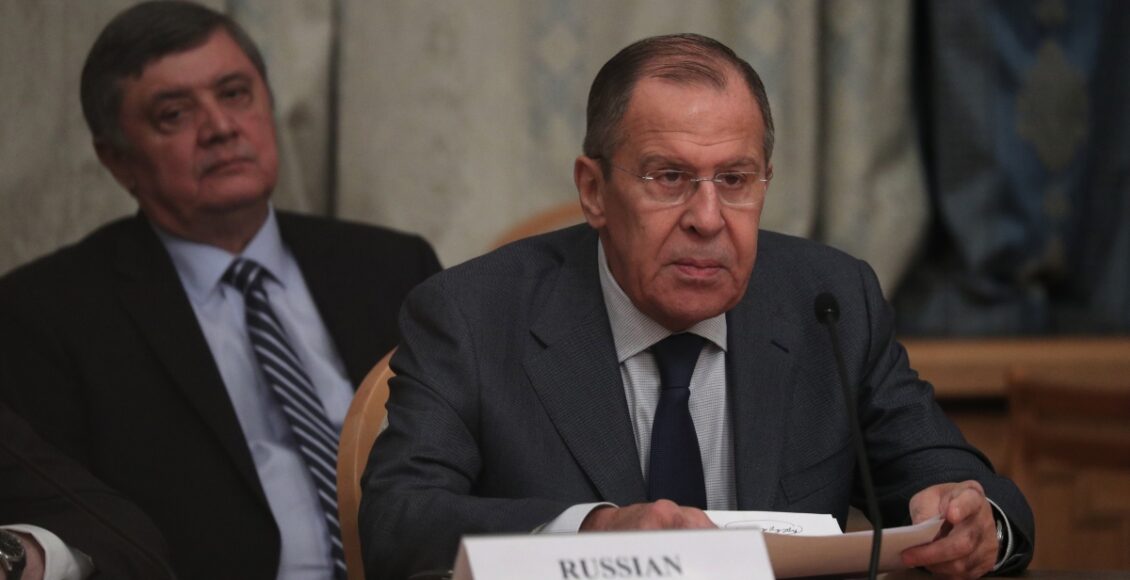 On November 9, the Kremlin hosted representatives of the Afghan government and the Taliban in Moscow.

Afghanistan has been plagued with four decades of war and conflict. Afghans are understandably wary of any notion of manufactured peace. It has been understood, to varying degrees, that a cessation of the ongoing conflict between the Taliban and the elected Afghan government can only be brought about by both parties coming to the negotiating table.

In early November in Moscow, Russia came closer to achieving this than any state has previously. The Kremlin hosted representatives from the Taliban and the High Peace Council—the committee formed to oversee such talks on behalf of the Afghan government. Among the representatives in attendance was an observer from the United States embassy, in addition to delegates from Iran, China, India, and Pakistan. Despite that these latest talks resulted in no concluding successes, the fact that both major parties merely came to the negotiating together was a success in-and-of-itself and certainly indicates a more productive dialogue going forward into 2019.

Despite the initial optimism going forward, however, these talks highlight a more disturbing trend, not just for Afghanistan, but for the rules-based global order; revisionism in U.S. foreign policy. Attempts to bring in the less hard-line members of the Taliban was a direct result of President Obama’s Afghan policy in 2011, the strategy was jointly implemented and overseen by the U.S. State Department and General Stanley McCrystal, then-commander of U.S. forces in Afghanistan.

The shift in U.S. policy from the policy initiatives of the Bush administration resulted in several near-breakthroughs throughout the campaign, but the Taliban were reluctant to engage with both the U.S. and Afghan governments. The opening of a regional Taliban political office in Doha, Qatar, with US support, was a seen as a positive sign; that the Taliban were receptive to potential discussions.

Before anything more meaningful could take place, however, then-Afghan President Hamid Karzai announced that there would be no talks with the Taliban. The reasoning, according to Karzai, was that the Doha office was flying the Taliban flag with signs on the building’s exterior proclaiming the office to represent the Islamic Emirate of Afghanistan; a signal not lost on the Afghan government. The perceived representation of Taliban legitimacy, shifting the narrative of the group from terrorists to a potentially legitimate state actor, was an affront to Karzai and the talks stalled shortly thereafter.

Despite the Afghan government’s lack of progress, there have been successful attempts by the U.S. to engage the Taliban through the Taliban’s presence in Doha. These efforts yielded tangible results. The office was instrumental in a 2014 prisoner exchange, when the U.S. transferred five Taliban fighters from Guantánamo Bay to Qatar, in return for captured U.S. Army Sergeant Bowe Bergdahl.

Peace talks seemed to resurface over the next few years, culminating in 2018 when U.S. government officials and a Taliban spokesperson acknowledged that bilateral talks had taken place at Doha. This represented a fundamental change in U.S. policy for Afghanistan, which previously adhered to the long-held Afghan government wish that talks, no matter how informal, must include representatives from Kabul.

The Taliban, for their part, have consistently rebuked Kabul’s wishes, maintaining that it fails to acknowledge both the Karzai and subsequent Ghani governments as legitimate. Whilst the Taliban spokesperson described the talks in early 2018 with the US as “very helpful”, Trump has since angered the Quetta Shura by insisting to President Ghani that the Doha office ought to be closed; a move Ghani agrees with in principal, but one in which Qatar is unlikely to relent.

Moscow perceives itself as exploiting receding U.S. influence in the Middle East.

Despite the small but consistent glimmers of hope for a peaceful settlement under President Obama, the balance of power in the peace and reconciliation talks has shifted from Washington to Moscow under President Trump. This shift appears to be the result of two factors: The first is a long-term covert operation conducted by Russia in support of the Taliban, and the second being a withdrawal of U.S. influence and leadership in the region at a time where the U.S. could have been positioned in a way to be the prime actor in any peace talks, enabling Washington to set the conditions for moving forward.

The lack of clear Western leadership on the issue of peace and reconciliation in Afghanistan has opened up a window through which Moscow has positioned itself as the key orchestrator of the talks. Paradoxically, the mujahadeen’s former enemy has become its chaperone and patron.

There has been wide speculation in the West that Moscow has been, at worst, supplying arms and cash to the insurgents, or, at best, facilitating their supply through Central Asia into Afghanistan. The Kremlin benefits from these operations as they ensure picking rights at the negotiating table, whilst simultaneously being taking care to avoid a fierce response from the United States. Of course, these allegations have been repeatedly denied by officials at the highest levels of the Kremlin.

At a time when the future of the rules-based global order seems no longer guaranteed, and with the liberal values of the West under threat, the U.S. and its coalition partners were gifted with an opportunity to shape the outcome of peace talks with the Taliban. Instead, Washington has reversed its position and allowed for Moscow to assume the leading role.

As a result of this geopolitical disruption, new questions arise. It remains to be seen how Moscow’s engagement will shape the talks going forward, and how this will this affect U.S. strategy in Afghanistan and the broader region. If Russia is permitted to return to Afghanistan as a key player, facilitating the Taliban’s return to domestic politics, it will only serve to embolden an expansionist and revisionist Russian state in its campaign to degrade the rules-based, liberal world order.