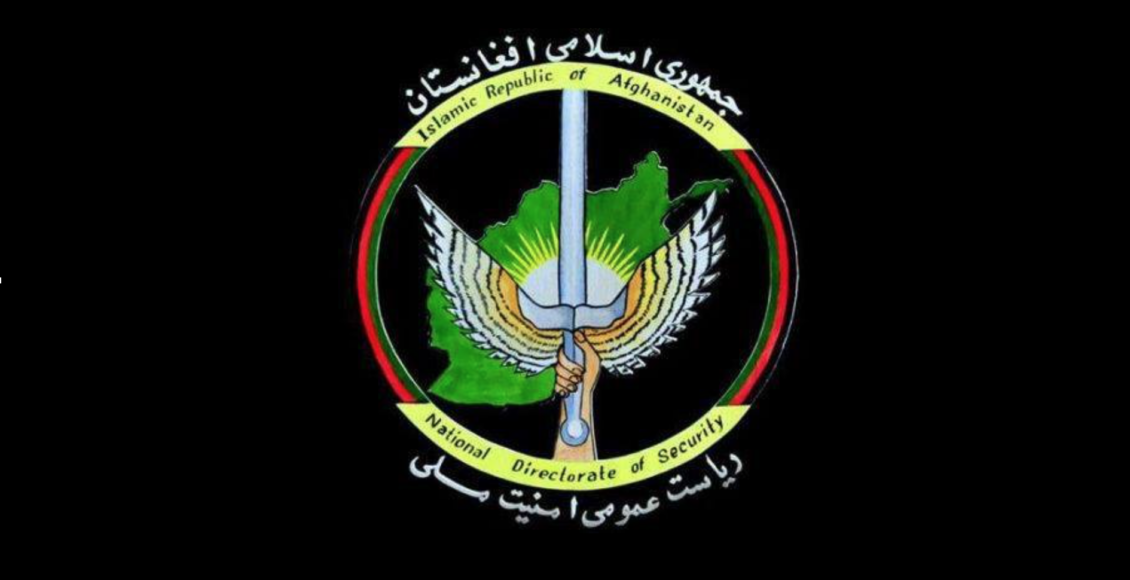 Modern wars are fought with eyes and ears on the ground, air, and cyberspace.

In Afghanistan, the U.S. and its allies have deployed cutting-edge aerial intelligence, surveillance, and reconnaissance (ISR) capabilities. What is missing, however, is good human intelligence (HUMINT) collection capabilities. Afghans have been entrusted with the task of HUMINT collection, but multiple Taliban infiltration and sabotage operations illustrate the need for comprehensive reform of Afghanistan’s intelligence apparatus.

Regarding organizational hierarchy, the Afghan intelligence community is structured like a pyramid, with the powerful National Directorate of Security at the top. The NDS oversees Afghanistan’s overall intelligence machinery as it pertains to both internal and external security.

Though vested with substantial powers, the Afghan intelligence community has become heavily politicized and suffers from a lack of investment coupled with an old and inefficient bureaucracy. Afghanistan’s intelligence collection efforts are primarily focused on gathering HUMINT through long-standing networks of tribes, local commanders, traders, and government employees. This HUMINT is augmented with basic signals intelligence (SIGINT) collection capabilities.

The Five Eyes countries (the U.S., U.K., Canada, Australia, and New Zealand) have done much to transform the Afghan intelligence community. However, more needs to be done to create professional, disciplined, and adequately equipped intelligence services. At present, arbitrary political appointments, a lack of professional intelligence schools, and the ongoing politicization of Afghanistan’s intelligence agencies have profoundly undermined their institutional integrity and credibility.

The Institutional History of Afghan Intelligence

Intelligence collection and analysis as organized tradecraft is a relatively new phenomenon in Afghanistan. It started with the creation of the Edara e Zabt Ahwaalaat of the 18th century King Abdul Rahman Khan. The founding father of modern Afghan intelligence is former Prime Minister and President Sardar Dawood Khan; he transformed Edara Zabt Ahwalaat Sedarat to establish the first-ever State Intelligence Services—Edara Estikhabarat Dawlati. This agency was later ideologically refined as communist governments took power with the help of the Soviet KGB, and renamed as KAM, AGSA, and KHAAD.

Today, a significant number of Afghan intelligence agents and officers are graduates of KGB training centers in Russia and former Soviet republics or satellite states such as Uzbekistan, East Germany, and the former Yugoslavia. Furthermore, police and military intelligence agencies were established during the communist period to conduct surveillance on political opponents, conduct counterintelligence operations and gather intelligence on criminals and crime syndicates in major urban centers.

The institutional history of the Afghan intelligence community has created legal and policy frameworks that are in dire need of reform. Updating and revising these frameworks to define and clarify the authorities, responsibilities, and roles of the various intelligence agencies is essential to safeguard their legitimacy, integrity, and professionalism. At present, there is considerable overlap between the mandates and activities of Afghanistan’s military and civilian intelligence, especially in the areas of intelligence on criminal or terrorist activities, tactical-level intelligence, and strategic intelligence. These overlaps need to be clarified through a comprehensive, cross-agency review, which will serve as a road map for subsequent updates and revisions to the legal and policy frameworks used by the Afghan intelligence services.

Furthermore, robust investment is required to upgrade and equip intelligence training schools in the military and civilian sectors. These schools should be the Afghan intelligence community’s sole supplier of human capital to ensure job security, professionalism, and discipline while avoiding any politicization of the intelligence services. The only political appointees in positions of authority in the Afghan intelligence community should be the Director of the NDS and his first deputy; both should have a term limit of two to three years. The career professionals in the services must be immune from political appointments, while service chiefs and NDS personnel who have been discharged from service should be prohibited from engaging in any political or business activity for ten years. This will ensure that sensitive information they may have had access to will not be used for political or financial gain.

The Intelligence Cycle and Modus Operandi

Afghanistan’s intelligence services currently lack a coherent methodology governing the collection and analysis of intelligence, and the delivery of final intelligence products. Little attention is paid to analyzing and corroborating raw intelligence, which is often presented as a final product. These shortcomings are primarily due to a lack of a coherent institutional culture and the absence of a system of intelligence development. The modus operandi of the three existing services needs to be upgraded with the right systems, procedures, and personnel. This process can start with the implementation of a robust intelligence development cycle, and clarification as to the roles and responsibilities of various agencies, and of departments within each agency.

Furthermore, the Afghan intelligence community would benefit from higher numbers of western-trained intelligence officers. Retirement incentives should be offered to older, KGB-trained officers. At the same time, existing intelligence training schools in Afghanistan need to update their curricula and increase their enrollment as older officers retire and demand for new officers rises.

While secrecy and information compartmentalization are fundamental aspects of the intelligence tradecraft, timely and effective sharing and coordination of information is an ongoing challenge for any intelligence service. While many improvements have been made with the establishment of coordination centers such as TAWHEED, PICC, and NASRAT, more needs to be done at the tactical and operational levels.

The fall of the provinces of Kunduz and Ghazni are examples of intelligence sharing failures in Afghanistan. Agencies were unable to coordinate and share intelligence regarding imminent Taliban attacks promptly. Information needs to be distributed in an efficient and timely manner to those with the proper capabilities to address the issue. Optimized inter- and intra-agency information sharing capabilities will change the face of the Afghan war.

Like all intelligence agencies, Afghanistan retains a paramilitary force that is tasked with carrying out quick and effective counter-terrorism operations. These forces have been essential for actions taken against the Taliban, foreign terrorists, and Daesh (Islamic State, ISIS, ISIL). In the event of a reorganization or restructuring of the Afghan intelligence community, these forces and their operational capabilities should be maintained due to their critical role in counter-terrorism.

There is a critical need to improve inter-agency coordination when it comes to operational targeting, planning, and execution with other branches of Afghanistan’s security services. Due to the sensitive nature of operations carried out by paramilitary forces, there are often duplicate or overlapping operations. However, structures such as the Joint Services Operations Command (JSOC) can play an essential role in avoiding redundancies regarding efforts and resources.

SIGINT vs. HUMINT in Hybrid Warfare

The Afghan conflict has changed from insurgenct-proxy warfare to a hybrid war much like the ongoing conflict in the Donetsk and Donbass regions of Ukraine. Alongside covert involvement by Russia and Iran, Pakistan has employed a combination of proxy groups, psychological warfare operations (PsyOps), and economic blockades against Afghan forces, while simultaneously discrediting U.S. and NATO operations in the country. Much of the SIGINT Afghanistan has access to is provided by the U.S.-led coalition forces.

Afghanistan’s intelligence services primarily focus on developing intelligence products utilizing HUMINT capabilities and assets, albeit without much success given the significant number of attacks in major cities and military installations. A robust overhaul is needed to reform and develop full-spectrum capabilities that will enable Afghan government forces to counter hybrid warfare tactics employed by the Taliban and their foreign backers. Integrating HUMINT and SIGINT is a critical step that will improve the efficacy of intelligence products on the battlefield. The Afghan war won’t be won by drones, PC-12s, and other aerial capabilities alone; ground-based networks and sources can have a significant impact when coupled with the proper capabilities and resources.

During the eighties and nineties, the Afghan intelligence services—KAM, AGSA, and KHAD—were notorious for atrocities such as arbitrary arrests, mass executions, and forced disappearances. The predecessor of these agencies, Edara e Zabt Ahwaalaat Sedarat, was a tool used for domestic surveillance of political opponents and dissidents of Afghanistan’s kings. Accordingly, intelligence and spycraft are looked at with suspicion by the Afghan people, as it brings back memories of KAM, AGSA, and KHAAD. Thus far, the NDS has been successful, to an extent, in its efforts to improve its reputation, but much more needs to be done.

The Afghan intelligence community’s budget is in need of a robust legal and policy framework to ensure accountability, both operationally and fiscally. In a democratic state, intelligence agencies are required to operate within the rule of law and uphold values like human rights. To their credit, the National Directorate of Security and its sister agencies have done much in this area, but more is required to improve their reputational standing. Measures such as quarterly reports to the parliamentary intelligence committee, ensuring access to detainees by domestic and international human rights organizations, and robust oversight by and reporting to the presidency and the National Security Council are all measures that would contribute to an increase in public and international confidence in Afghanistan’s intelligence apparatus.

Information is an asset, and if corroborated and verifiable, can be a game changer for Afghanistan. However, there is much more disinformation and rumors than solid, actionable intelligence. Raw data that is not put through a proper intelligence cycle before being included in a final intelligence product is virtually useless. In the intelligence tradecraft, most of the raw information turns out to be rumors and uncorroborated hearsay.

Meanwhile, large sums of money are spent to develop sources and produce intelligence products with little parliamentary or presidential oversight. The operational budgets of all three existing services under parliamentary and presidential oversight need to be assessed using a cost-benefit analysis that weighs the value of final intelligence products against the costs required to develop those products. While a degree of secrecy surrounding the budgets of intelligence services is warranted, there must be proper oversight to provide a check-and-balance mechanism to monitor corruption, inefficiency, and ensure a positive return on investment.