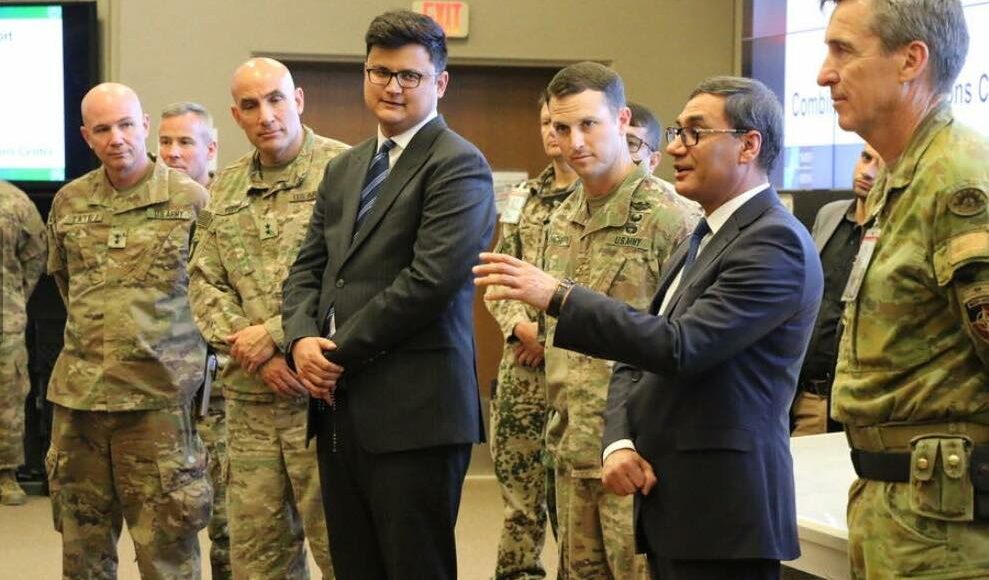 For the Taliban, the ongoing peace talks are a quest for political legitimacy and a political tactic—not a strategy—to end the war in Afghanistan.

The Taliban consider direct negotiations with the United States in Qatar and elsewhere as a platform for national and international recognition rather than a true path to a peaceful end to the Afghan conflict. President Trump’s anti-war stance, the reconciliatory tone of the establishment in Washington, deteriorating relations between President Ghani and the U.S. administration, and an increased regional and global engagement with the Taliban leadership have made the group firm believers in a military victory and the return of an Islamic Emirate based on sharia law.

This engagement is a tactic taken from the playbook of the Afghan jihad in the 1980s and isn’t a sound strategy to pursue peace—rather, it complements their military strategy on the battlefield. This reality was made clear in the recent congratulatory message of the Afghan Taliban leader, Mullah Haibatullah Akhund, where he reiterated: “No one should expect us to pour cold water on the heated battlefronts of Jihad or forget our forty-year sacrifices before reaching our objectives.”

In another part of the same statement, he stated that “with this initiative, the Islamic Emirate is conducting victorious operations on the Jihadi battlefronts and leading negotiations with the Americans about ending the occupation of Afghanistan, the objectives and goals of both being bringing an end to the occupation and establishment of an Islamic system.” Both sections of the statement make it abundantly clear that the Afghan Taliban firmly believe in a military victory and consider the on-going peace talks as a mere political addition to their battlefield military strategy and not a genuine effort to end the Afghan war.

Shortly after the release of the Taliban Eid statement, the U.S. Special Envoy for Peace—veteran diplomat Zalmay Khalilzad—termed the Taliban statement as “bombastic” and “ serves to complicate & disrupt” the Afghan peace process. He called on the Taliban to reduce the level of violence and continue negotiations to end the war. This statement and the ones before with a reconciliatory tone from Washington has not only emboldened the Taliban but has made them firm believers in the United States and allies defeat and ultimate withdrawal from Afghanistan.

On the other hand, the U.S. envoy sees his mandate to negotiate with the Taliban and the Afghan government, respectively on four inter-related items: Joint counter-terrorism (CT) efforts, a U.S. troop drawdown, a ceasefire; and Intra-Afghan dialogue along with discussions over the future of U.S.-Afghan relations. After several unsuccessful attempts to mediate and forge unity among a divided political elite in Kabul , Zalmay Khalilzad views the government in Kabul as politically divided and unable to form a united political front and high powered national negotiation team to engage with the Taliban as apart of the intra-Afghan dialogue. This has been primarily due to increased electoral politics and factional infighting combined with a lack of a coherent understanding of war and peace among the political and military elites in Afghanistan.

In turn, Zalmay Khalilzad, under pressure from Trump administration to show results on the peace talks is in a rush to conclude the first two items of his mandate i.e. counter-terrorism and troop withdrawal timetable in his new round of negotiations with the Taliban in Doha which is dangerous and goes against his stated negotiation approach, saying that  “nothing is agreed until everything is agreed.”

The Afghan government has criticized this negotiation approach of U.S. envoy to the extent of accusing him of “acting like a viceroy” and of legitimizing the Taliban as an alternative to the incumbent government in Kabul for political expediency in Washington. Zalmay Khalilzad has in turn denied these allegations and has expressed that he always consults with President Ghani before and after his lengthy negotiation sessions with the Taliban.

The Afghan peace process has presented an intriguing platform for all sorts of domestic and regional interests to play out: the Taliban see a divided house in Kabul and believe that rocky relations between Washington and Kabul are an opportunity to be exploited so as to present themselves as an alternative government; the region uses the Afghan peace talks as a card to gain favors and make geopolitical score points against the United States. For instance, Pakistan uses it to extract economic benefits to improve its fragile economy, Iran and Russia use as a platform it to discredit NATO and U.S. efforts in the country while the Arab world uses its to advance their proxy and sectarian agendas.

To exploit this opportunity further, the Afghan Taliban is pursuing a three-pronged interconnected pol-mil strategy: negotiations with the United States, pitting the region against the United States and exploiting great power political faultlines, and dividing the Afghan political elite from the Afghan government. For the Americans, the Taliban assure them that they are no longer affiliated with Al Qaeda and other affiliated foreign terrorist organisations. They are an insurgency with a domestic agenda and do not subscribe to global jihad. The Taliban also assure the Americans that they will never let the Afghan territory to be used against the United States and its allies.

On the contrary, in their negotiations with regional powers such as Russia, China, Iran, and Pakistan, the Taliban provides guarantees that they will never let regional terrorist groups threaten Afghanistan’s neighbors. Additionally, they and call on the country’s neighbors to join hands to expel the Americans from Afghanistan who they view as both a threat to the region and the Taliban. Furthermore, the Taliban pursue a policy of “divide and rule” when it comes to intra-Afghan talks. They use Afghan political elites against the government and the Afghan government against the elites to erode the legitimacy of the Afghan government in the eyes of the Afghan public and present themselves as a unified alternative political entity.

This three-pronged strategy that the Afghan Taliban pursue has four primary goals: to gain national and international political legitimacy at the cost of an elected government in Kabul, to negotiate with the United States on behalf of themselves and their regional sponsors on a timetable for troop withdrawal, secure the release of prisoners, restore the restoration of the Islamic emirate; and finally, to isolate, delegitimize, and divide the government from the political elites in Kabul.

This calculus of the Afghan Taliban is based on three assumptions: political anarchy and disunity in Kabul, war fatigue on the part of the U.S. and its allies, and heightened regional tensions over U.S. presence in Afghanistan specifically with regards to Iran and Russia. This is a perfect recipe for Taliban to garner political legitimacy and military victory.

The calculus and strategy of the Taliban and its sponsors can be countered with an equivalent three-pronged strategy of the Taliban and their sponsors through an equivalent three-pronged strategy: sustained military pressure, sustained diplomatic and non-military pressure on the Taliban’s foreign sponsors, as well as clearly conveying to the Taliban that pursuing a military victory for them is only a recipe for another war. The post-9/11 generation of Afghans and jihadist groups who have been thus far absent from the theater of war would inevitably join the fight, which would only prolong the misery and complexities of the on-going conflict.

Thus far, the Taliban have not shown any concessions in their talks with the Americans and Afghans. They have proven themselves to be tough negotiators. Many expected that the U.S. envoy and the Taliban would reach an agreement within six months or less, but negotiations currently seem to be deadlocked. Many believe the Afghan Taliban negotiators are playing the long game with U.S. envoy to fail him in his mission and eventually discredit him in the eyes of Trump administration officials and pave the way for his ouster from his job.

Moreover, The Afghan Taliban, together with their foreign terrorist affiliates, have increased attacks on Afghan cities and the countryside battlefields, causing an unprecedented level of civilian and military casualties as compared to yesteryears. During the holy month of Ramadan, Kabul has seen at least seven bomb attacks resulting in over 200 dead and injured. Many of them attributed to the Taliban. They are leveraging military power for incentives on the negotiation table with the Americans and Afghan political elites.

The first intra-Afghan talks held in Moscow was a scene to behold. Taliban negotiators and former officials were in tears while sitting down on a prayer mat hailing their leader, Mullah Mohammad Omar, for his predictions of an American defeat and ultimate withdrawal from Afghanistan and proclaiming that they have come true. Meanwhile, eyewitnesses living in the suburbs of the Pakistani cities of Quetta and Peshawar tell a telltale of how Taliban preachers go from corner to corner of various quarters and refugee camps reciting the verse “Nasr-u-men Allah e Fath ul Qareeb” which translates into “with God’s help victory is near.” and delivering fiery speeches on U.S. defeat; an echo and déjà vu from the Afghan jihad times when the communist regime in Kabul was on the verge of collapse due to Moscow’s rising domestic issues and war fatigue.

Both Washington and Kabul need to change their approach to negotiations with the Afghan Taliban. The current talks have only encouraged them in their quest for the return of the Islamic Emirate of Afghanistan along with their foreign terrorist affiliates. We owe it to the many American and non-American men and women who laid our their lives for our security to ensure that Afghanistan never again becomes a haven and launching pad for international terrorism, enabled and empowered by a host regime.