Political Uncertainty Will Plague Europe Throughout 2019 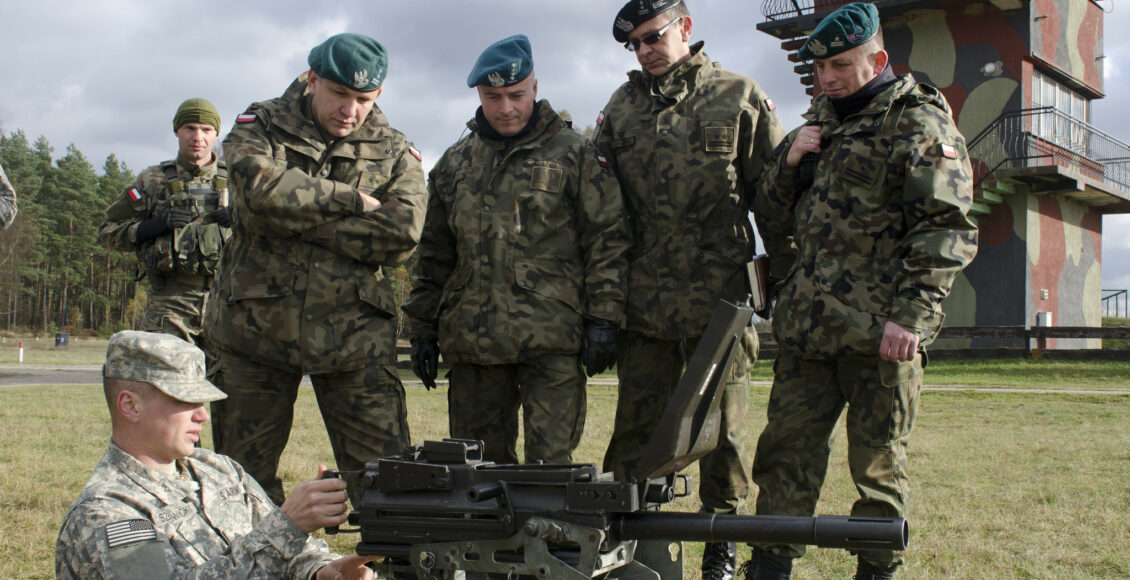 As the world becomes increasingly interconnected by land, air, sea, and cyberspace, tensions and uncertainty are growing.

These trends are particularly evident in Europe, where elections, treaties, and other events will reshape the continent. Before the end of 2018, the Italian government and the European Union were locked in a dispute over Italy’s budgetary plans. The European Commission sharply criticized the spending plans due to concerns that Italy’s approximately $3 trillion in debt combined with higher public spending could lead to a banking crisis that could spread to other countries in the Eurozone. While Rome did pass a revised budget to appease E.U. officials in Brussels, the ordeal has sewed divisions within Italy’s populist coalition government which are likely to persist throughout 2019. Tensions between Rome and Brussels will also continue, and possibly escalate.

The United Kingdom is scheduled to formally withdraw from the European Union on March 29, 2019. However, no agreement has been approved by the U.K. parliament that would avert a potentially catastrophic “no-deal” or “hard” Brexit. British Prime Minister Theresa May has come under considerable criticism from within her party over the tentative agreement her government negotiated with the E.U., but no alternative plans have been put forth. Regardless of the outcome, the U.K. will continue to strengthen bilateral relations with E.U. member states such as France, Germany, the Netherlands, and Poland.

In May, European Parliamentary elections will take place, while E.U. member states will appoint a new President of the European Commission in October. Despite a rise in nationalist and euro-skeptic parties, pro-European factions are expected to maintain overall control. A divided political landscape will make it difficult for the E.U. to implement any significant reforms. Furthermore, E.U. member states are divided when it comes to fiscal policy. Southern states like Italy, Portugal, and Spain are pushing for higher spending and greater risk-sharing, whereas northern states led by Germany are calling for greater fiscal responsibility in Frankfurt.

Ongoing Political Divisions in the E.U. and its Member States

E.U. member states after the U.K. withdrawal) to focus inwards. German Chancellor Angela Merkel has announced that her current term will be her last and resigned as leader of her Christian Democratic Union (CDU) Party. The CDU elected Annegret Kramp-Karrenbaur as party leader in the latter part of 2018. However, the party is divided over a range of policy positions. Furthermore, the CDU’s coalition partner is facing an identity crisis of its own, which has already weakened the coalition government. Further disagreements and intra-coalition infighting could lead to early elections in Germany.

In France, President Emmanuel Macron’s institutional and economic reforms have fueled substantial, and in some cases, violent opposition. Large-scale protests have erupted throughout France. 2019 will see continued opposition to Macron’s reforms, opposition stoked by groups on both the far-right and the far-left ends of the political spectrum. Some of Macron’s economic reforms will succeed, but French citizens will be increasingly vocal in their rejection of his attempts to revitalize the French economy.

Domestic political concerns will require greater attention from both Paris and Berlin, decreasing both powers from critical external affairs. Political divisions will hamper initiatives to achieve greater strategic autonomy through the implementation of increased European military integration and the promotion of the Euro over the U.S. Dollar as the global reserve currency. Therefore, it is unlikely these major initiatives will see substantial progress in 2019.

Trade will be a significant area of focus. If the U.S. imposes higher tariffs on European-manufactured vehicles, for instance, approximately 10% of total U.S.-E.U. trade will be affected. In such a scenario, the E.U. would be forced to respond in kind, leading to a greater rift in transatlantic relations. Automobile tariffs would disproportionately affect the German auto industry, which manufactures one in every three cars produced in Europe. However, trade disputes will not lead to the collapse of the transatlantic alliance, as both the U.S. and E.U. have concerns over unfair Chinese trade practices.

Aside from trade, Europe has other concerns with China. Led by the governments in Berlin and Paris, policymakers across Europe are increasingly wary over Beijing’s economic activity on the continent. As a result, Europe has begun to exclude China from investing in critical infrastructures such as ports and telecommunications networks. China filed suit against the E.U. in the WTO, arguing that Beijing should be treated as a market economy. The case will come to a resolution in 2019, and the outcome will have a significant impact on the ongoing trade dispute between the U.S., the E.U., and China.

The complicated bureaucratic system of rules and regulations, however, put poorer or smaller member states at an economic disadvantage. As such, these states are more welcoming to Chinese investment and lending. Those states that are receptive to Chinese economic activity in Europe will likely continue to lobby against Berlin And Paris. The European bloc’s position towards China will be ambiguous, leading to more vocal action by those states that are concerned about China’s economic activities.

Escalating Tensions Between Russia and the U.S.

The relationship between Russia and the United States will continue to deteriorate. The U.S. is set to formally withdraw from the Intermediate-Range Nuclear Forces (INF) Treaty, which bans intermediate-range missiles. Washington has cited Moscow’s noncompliance with the treaty as the justification for its withdrawal. The collapse of the INF treaty will heighten tensions in Eastern Europe, leading to a military buildup. This will be particularly visible in Poland and Romania, both of which will continue to lobby the U.S. for increased military commitments. Moscow will continue to build up its military forces in Kaliningrad, and the Crimea, both of which will likely play host to Russian intermediate-range missiles should the U.S. decide to deploy its own in Europe.

U.S. discussions with Poland regarding a possible permanent deployment of U.S. troops will continue throughout 2019. The Kremlin, citing what it perceives as “NATO-encirclement” will maintain, or even increase its efforts to interfere in the domestic politics of European states through malign activity in cyberspace, possible covert actions, and support for Euro-skeptic and nationalist factions across the E.U. The European parliamentary elections in May will provide Moscow with an opportunity to bolster the ranks of nationalist and Euro-skeptic groups, further sewing divisions within the E.U.

It is also possible that Moscow will open a military base in Belarus, as had previously been hinted by Belarusian President Alexander Lukashenko. However, Lukashenko has made increasing overtures to the E.U. and the U.S., which could lead to increased hostility from Moscow. Russia’s efforts to undermine the integrity of NATO and the E.U. will be particularly visible in the Balkan states of Serbia, Bosnia and Herzegovina, Montenegro, and Macedonia.

Ukraine will face considerable challenges throughout 2019. Both the TurkStream and NordStream 2 natural gas pipelines are set to become active. The pipelines will circumvent Ukraine, providing Moscow with enormous economic leverage over Kiev. Ukraine will be deprived of substantial transit fees that it will now lose as the two pipelines exclude Ukraine from Russia’s natural gas supply lines.

Tensions between Russia and Ukraine have deteriorated in the aftermath of Russia’s seizure of three Ukrainian Navy vessels in the Sea of Azov, and tensions are expected to continue throughout 2019. The conflict in Eastern Ukraine will continue, and Ukraine is set to hold presidential elections in March. Depending on the outcome, negotiations could reopen between Moscow and Kiev, however, it is unlikely the two parties will come to a resolution. It is in Russia’s interest to maintain a state of low-grade or frozen conflict in Eastern Ukraine, which effectively prevents the former Soviet republic from joining NATO.

Russia, however, will face its own domestic challenges in 2019. The Kremlin has announced controversial economic reforms, including increasing the retirement age, raising the value-added tax (VAT), and imposing new taxes on certain consumer products and the tourism sector. The reforms are designed to bolster the government’s revenue but have generated considerable backlash from Russians across the country. It is the working class that will be hardest hit by the measures, which are due to come into effect this month. As such, there is likely to be a degree of social unrest. Meaningful changes are unlikely, however, as there is presently no viable opposition party capable of threatening Russian President Vladimir Putin’s hold on power.

Overall, 2019 will be a year of volatility in Europe. Diplomatic, trade, and economic disagreements will persist between Europe and the United States, and within Europe itself. Tensions between Russia and NATO heighten anxiety for Eastern European states, which will lead to a buildup of military capabilities on both sides.