The Politics of Ballots over Bullets: Afghan Elections and Peace Process 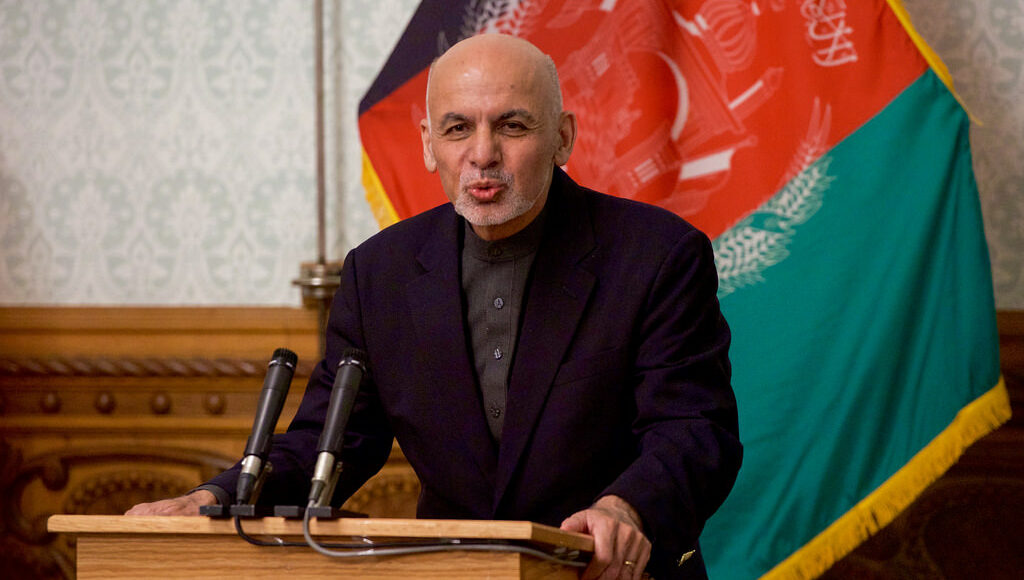 The electoral scene is set for the Afghan presidential elections.

Eighteen candidates have registered themselves for what is ultimately expected to be a tight race between the incumbent, President Ashraf Ghani and his charismatic former National Security Advisor, Mohammad Haneef Atmar, who has assembled a strong team of political heavyweights. Both known for their strong credentials as visionaries and leaders, they have embraced a progressive agenda for Afghanistan are anti-corruption advocates.

However, the two men have different approaches to governance; President Ghani is known to be short-tempered, impatient, and a results-based micromanager while Haneef Atmar has a reputation as a patient, strategic thinker and as a unifying figure who calls for moderation, inclusivity, and a broad-based government. Many political analysts predict that they might unite in the event of a second round given the complementary nature of their respective qualities, a fact which made them win the first presidential election of the post-Hamid Karzai era.

Afghan elections have always been chaotic but are a manifestation of how far the country has come.  Former archrivals are now settling scores at the ballot box, not with bullets. One of the highlights of the upcoming election is the candidacy of the infamous warlord Gulbuddin Hekmatyar, who once fought a bloody civil war against his rivals over the control of capital Kabul and until recently considered the Afghan government to be an illegitimate puppet. He later reconsidered and now seeks the Afghan presidency.

Furthermore, Afghanistan’s current Chief Executive Officer and former foreign minister, Dr. Abdullah Abdullah, known to be a chronic campaigner, is a candidate for the fourth time. Out of five elections, Abdullah’s name has been on the ballot in four of them. This election is a clash between political titans who have different visions for a post-U.S. Afghanistan that is more self-reliant. This narrative is already present in the rhetoric used by the candidates; terms such as “Afghanization”. “ownership,” “standing on our own feet,” and “taking responsibility” are some of the buzzwords used by the candidates to signal preparation for a post-American future in Afghanistan.

What is on the Ballot?

The 2019 Afghan Presidential Elections will be a referendum on the devolution of power from the presidency to provincial units versus further centralization of power in the administration. With no constitutional justification, President Ghani has removed the Chief Executive Office, which created on the basis of the National Unity Government agreement mediated by former Secretary of State John Kerry, and has called for a strong, centralized, and united presidency. Ghani’s his main rival, Mohammad Haneef Atmar,  has pledged to further devolve the powers of the presidency by creating a third vice president position and an Executive Prime Minister office after the approval of an Afghan Loya Jirga.

Many fear that, if left unchecked, both cases pose a real danger to the governance structures and overall unity of the country. On the one hand, there is concern that a centralized state in the hands of President Ghani, given his temperament and impatience, could descend into authoritarianism. On the other side, further devolution of power and the creation of a Prime Minister’s office could pave the way for federalism and the subsequent disintegration of Afghanistan.

Furthermore, the 2019 elections represent a contest between two generations of Afghan politicians and political activists, and between two different visions of the country’s future. The first is the old generation, a mixture of jihadi-communists and royalists. The second group is the new generation of post-9/11 Afghans, mostly educated in the West and adhere to western values of democracy, freedom of speech, and fundamental human rights. The standard bearer of each of these visions will set the tone of the Afghan political landscape for many years to come.

Whoever takes the helm will have the tough job of providing security and developing a stagnant Afghan economy in light of dwindling U.S. resources and interest in Afghanistan. Furthermore, a divided and chaotic region is resulting in geopolitical spillover effects on the security and political situation in Afghanistan. Therefore, peace, security, the economy, and a balanced foreign policy will be critical priorities for the next Afghan presidential administration.

The Tyranny of Duality: Elections or Peace Process.

A new class of Afghan elites, politicians, and former officials have joined the Taliban in calling for an interim administration and the postponing the presidential election to a later date to accommodate the ongoing peace talks between the U.S. and the Afghan Taliban. Many others don’t see the peace talks and the election as mutually exclusive. Instead, they see them as complementary and parallel to one another.

Both the peace talks and presidential elections can proceed concurrently for three purposes. The first is to put pressure on the Taliban to participate in the elections. The second purpose is to demonstrate the realities of a new Afghanistan to the Taliban, and the third being that the candidates can use peace as a rallying point to boost public opinion for the peace and reconciliation process. The choice should not be between either the election or peace talks, but rather both the peace process and the Afghan presidential elections can be mutually inclusive, complementing one another.

The Crisis of Afghan Electoral Bodies

The ineffectiveness, incompetence, and politicization of Afghanistan’s electoral bodies are primarily rooted in two areas. The first is a lack of political will on the part of the Afghan government to build strong, impartial, and competent bodies. The second is the failure of the United Nations and the international community at-large to efficiently invest donor money and resources in electoral bodies to build capacity and systems.  These two factors are the key drivers of many of the problems within Afghanistan’s Independent Electoral Commission (IEC) and Electoral Complaints Commission (ECC) today.

Successive Afghan governments and UN mission chiefs vowed to address these problems but to no avail; dozens of roadmaps and electoral reform programs were drawn up to overhaul the electoral bodies’ legal and policy frameworks significantly, but many of those plans remained on paper. Successive Afghan governments saw it as being to their benefit to keep Afghan electoral bodies weak to exploit their vulnerabilities. Such vulnerabilities will give a government the opportunity to machinate and engineer the results of elections.

Afghan elections are considered to be one of the costliest elections per capita in the world. Hundreds of millions of dollars are spent on the logistical and security arrangements for elections in the country. Generous donations from various donor countries provide these funds. For Afghans to be able to afford elections in future, they will have to fundamentally change the economics of their electoral system and switch to more affordable technologies. Meanwhile, Afghanistan’s electoral bodies require a significant legal, policy, and operational overhaul. At present, however, it seems impossible to carry out such a process given the limited timeframe, the risks of the election being engineered, and a lack of trust. Many in Afghanistan question the legitimacy of any election held under the current legal, policy, and institutional structures.

The Role of Kingmakers

The Afghan kingmakers are three distinct groups which play an essential role in shaping and paving the way for any potential candidate to win the seat of the presidency in the country. The first group depend of personalities such as former President Hamid Karzai, Jihadi leader Abdul Rab Rasool Sayyaf, and Atta Noor, among others. The second group is made up of influential families such as legendary former commander Masood’s family, former Vice President Marshal Fahim’s family, the Mojaddidi family, the Gilani family, and others. The third and final group are foreign powers in the region, the broader Islamic world, and the United States..

As of now, the majority of these factors favor the incumbent’s main rival, former National Security Advisor Mohammad Haneef Atmar, who has garnered the support of many of these personalities, families, and countries. However, unseating an incumbent president remains a difficult task given the state of the resources at his disposal.

Regional and global politics have always played out in the Afghan elections with rival countries supporting one or several Afghan candidates to win favors with the Afghan political elites.  The support of external actors in the Afghan election scene has mainly been through three mediums: campaign money, propaganda through their state media outlets, and by leveraging their influence through proxies in favor or against one candidate or the other.

Unfortunately, these bitter realities still have not changed and play out in the Afghan electoral scene. It is increasingly evident that this time there will be three types of candidates from a geopolitical viewpoint which will face off in the Afghan presidential race: a candidate of the region, a candidate of the West, and others. In previous races, one or two of the candidates have been favored by both the region and the west, but in this race, it is clear that the preferred candidate(s) of regional powers differs from the candidate(s) favored by the United States and the West.

Elections are double-edged swords in post-conflict and conflict-ridden societies. Elections can be both a unifying entity and a divisive power. In Libya. an election drove a large divide in a country where there are two administrations in two capitals. The last presidential election in Afghanistan could have resulted similarly, sending Afghanistan into disarray and a bloody civil if not for the wisdom and farsightedness of the candidates and the diplomatic skills of former U.S. Secretary of State John Kerry.

This time around, the threat of a disputed or drawn-out election remains. The legitimacy and acceptability of the presidential race depends upon the conduct of the electoral bodies and on the incumbent not to use government resources for campaign purposes. In fact, there is a high risk of a “non-government” this time if we the election is disputed.

Afghanistan’s presidential elections are set for July 2019, typically the peak of the Taliban’s summer offensive which will detrimentally impact the security and accessibility of electoral sites, which will be highly vulnerable and susceptible to Taliban attacks. Thus, certain population centers and pockets of Afghan towns and cities will be prevented from voting in the presidential elections. Such an outcome could lead to questions about the credibility and viability of the elections.

What to Expect: Winners and Losers

Many experts believe that due to the high number of candidates and a divided electoral landscape, the Afghan elections will go to a second round between the two candidates who manage to secure the most votes. In this case, many experts believe a runoff would be between the incumbent and his former National Security Advisor Haneef Atmar. Success will be contingent upon the coalition building and negotiation skills of both candidates. There is also the chance of a coalition government to avoid a deadlock.

Of course, there is always the possibility that the election won’t be held in the event of a breakthrough in peace talks with the Taliban, or if U.S. President Donald Trump makes an abrupt decision to withdraw all U.S. troops from Afghanistan. Of course, nobody can predict the future, but if history is any indicator, it seems highly likely that the 2019 Afghan Presidential Elections will be tightly contested and will result in a runoff vote, followed by drawn-out negotiation period until the formation of the next Afghan government.