The Price of Inequality: The Dangerous Rural-Urban Divide in Afghanistan 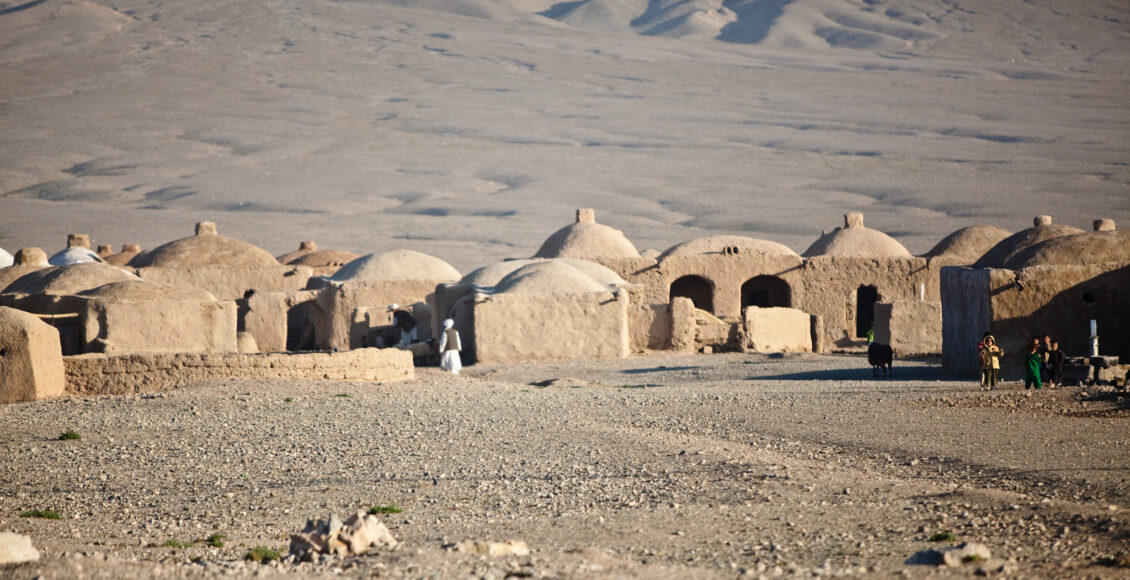 In Afghanistan, coups and regime changes are often initiated from the mountainous countryside by heavily-indoctrinated and disgruntled young men.

These young men, who live in severe poverty and are without much in terms of economic prospects, are at the forefront of the fight between various ideologies and regional proxy powers. Afghanistan’s urban elites, however, reside comfortably in barricaded homes in city centers, often forgetting there is a broader Afghanistan.

It was this exploitation of inequality—under the banner of social equality—by the Afghan communist movement that led to the overthrow of King Zahir Shah in 1973 and, subsequently, his cousin the first President of Afghanistan Sardar Mohammad Daud Khan in 1978. This was followed by the rise of the Afghan Mujahideen, which fought against the communist regime from 1979 to 1989. The Mujahideen stayed in power from 1992 to 1996, when it was overthrown by the Taliban—a group of rural young men who were tired of the prevailing warlordism and insecurity in the country. These examples of the dangers of rural-urban divide and its consequences for stability in the country.

Unfortunately, this phenomenon remains more accurate today than ever due to the easy flow of foreign aid money and military contracts over the past decade, and a half has created a wealthy urban elite often oblivious of the rural Afghanistan, which in turn has widened the inequality gap in the country.

According to the recent National Risk and Vulnerability Assessment (NRVA) survey, more than 70% of the Afghan population lives in rural areas, the country’s Gini coefficient is 38.5%, and almost 40% of the population live in poverty—a majority of whom live in rural areas. Only 23.4% of Afghans inhabit urban areas, with the rate of urbanization standing at 5.4%, with income inequality between rural and urban Afghans only increasing.

If history is a lesson to Afghan political leaders and politicians, it is that a succession of Afghan regimes has been toppled by a rebellion that originated in rural Afghanistan as a result of neglect or rapidly-imposed reforms. Furthermore, Afghan politicians, policymakers, and public officials—along with their international allies and partners—forget this divide and mistakenly think of Afghanistan in the narrow sense of its the six major cities.

The real Afghanistan is the remaining 28 out of 34 provinces—which have, over the years, been consistently neglected by successive Afghan regimes. In fact, in multiple instances when a particular administration has come to power with the help of disaffected, rural young men, those in power forget the roots of their plight and end up living relatively comfortable lives in urban Afghanistan. At times, the Afghan urban elite is so oblivious to the conditions of rural Afghanistan that they forget the broader Afghan polity consists of not only the country’s six major cities of Kabul, Mazar, Jalalabad, Herat, and Kandahar, but the remaining 28 provinces, as well.

The rural population of Afghanistan makes up the majority (over 70%) of the population and is more conservative, traditional, and mainly lives in absolute or near-absolute poverty. Afghan urbanites, in contrast, are more liberal, are connected to the internet, and enjoy high levels of disposable income thanks to an aid-dependent bubble economy which has provided cash and other unaccounted wealth.
Early on, the Afghan government understood this issue and tried to address it with a rigorous rural development agenda, but lost focus along the way.

These grants would be used to fund the priorities identified by the local councils to improve their communities and improve accessibility to urban centers by building rural roads and providing micro-loans for their household and business needs. However, after almost a decade, none of these programs are sustainable and are heavily dependent on foreign aid and management.

Additionally, these programs were community development projects rather than projects designed to drive nationwide productivity and growth to provide mass employment and serve as important drivers of the rural Afghan economy. More often than not, they have been essential elements of an unsustainable subsistence economy in the rural parts of the country.

Family politics is returning to Afghanistan. Once-thriving under the former King Zahir Shah, years of communist rule and war weakened this institution. One of the main reasons why people sympathized with the two communist factions of Khalq (The People) and Parcham (The Flag) was due to growing frustrations over the increasing monopoly on power and resources by many of the families close to the then-king and his court. Today—by several estimates—the politics, economics, and finances of Afghanistan are in the hands of a few families which enriched themselves through holding high public office, receiving millions of dollars of foreign military contracts, and through exercising a tight grip over the Afghan private sector.

The vast majority of Afghanistan’s wealth is in the hands of a few hundred individuals with strong political ties to the Afghan government. Today, 10% of the wealthiest Afghans control the economy and politics of a country where the majority of the population cannot meet their daily basic needs. Additionally, the social and economic upward and sideways mobility—which is expected in a dynamic economy—is absent in the Afghan context. The Afghan economic and political landscape is increasingly monopolized by a few families, individuals, and political parties with whom one must have a relationship with to enter into public office.

The flow of foreign aid and easy money through foreign military contracts have created a new economic and business elite in Afghanistan. Thus, political and economic power has been concentrated in the hands of the few powerful individuals who maintain links to the Afghan government with substantial control over the Afghan private sector. Meanwhile, the fixed geography of the war in the southern and eastern regions of the country has created huge income, wealth, and economic disparities between the south and north of Afghanistan.

According to the World Bank’s provincial briefs of Afghanistan, the poverty and inequality indicators (poverty rate, depth of poverty, the average consumption of the poor, per capita monthly total consumption and the Gini coefficient) of southern Afghanistan are almost several times higher than those in the northern sectors of the country. In addition, due to persistent insecurity in the southern and eastern regions of Afghanistan, the National Risk and Vulnerability Assessment report (2012-3013) shows that the percentage of vulnerable population groups at high risk of poverty, malnutrition, and disease (female-headed households, children, women, addicts, and the elderly) are almost double those in northern and western Afghanistan. This intra-regional and provincial inequality, coupled with a lack of access to essential services and economic opportunities, is cause for serious alarm.

Afghanistan’s economy is increasingly moving towards a narco-mafia model where a few families throughout the country control the private sector and public offices both at the national and subnational level. According to a recent report by Integrity Watch Afghanistan (IWA), nearly all major contracts are won by a few wealthy and well-connected business with ties to senior government officials (ministers, governors, deputy ministers, amongst others). When a senior official then enters a line of business, small businesses tend to voluntarily opt out of the market, be intimidated, or are otherwise forced to quit.

The perception that competing against a political “strongman” is a futile effort is quite common among those who run smaller and medium‐sized businesses. Monopolization also indicates the exclusivity of markets. The market in Afghanistan is run by a limited number of actors, making the Afghan market an oligopoly wherein a few sellers or providers of services dominate the entire market, evidencing the extent of market failure and capture by criminal, mafia, and other corrupt networks.

This evidence points to shrinking business opportunities for both medium and small enterprises in the Afghan economy and the growing monopoly of a few dominant business players over the Afghan private sector.

The Military Consequences of Inequality: The Geography of War and the Mafia Economy

Today, the majority of the Taliban’s foot soldiers are unemployed youth from the most impoverished and underdeveloped areas of Afghanistan. Many of these youth are seasonal fighters who work in the fields during harvest season and fight for the rest of the year precisely due to lack of descent employment opportunities and a grudge against the country’s so-called “overnight millionaires” who are seen as American collaborators and incredibly corrupt.

Further marginalizing and encouraging people to distance themselves from the current government is the concentration of power at the subnational level in the hands of rural elites and tribal chiefs with connections to the presidential administration.

Inclusive Institutions, Politics, and Balanced Development: The Difficult Road Ahead

Afghanistan is rapidly moving towards being an oligopoly, with extractive political and economic institutions. The increasing amount of wealth and political power under the control of a small minority of Afghans is increasingly marginalizing the vast majority of the country’s population—largely in rural Afghanistan. Particularly within the country’s historical context, this is cause for alarm. Rural Afghans have often initiated regimes changes due to the negligence of political leaders, policymakers, and politicians in Kabul and other cities who often lose touch with the realities of rural life.

The new Afghan president should make Small and Medium Enterprises (SMEs) the driver of the Afghan economy and break the tight grip of the few families and individuals have over the country’s economy and the private sector. Balanced development of the country and equitable allocation of financial resources and business opportunities is essential for an inclusive and secure Afghanistan.