The Fiscally Unsustainable Path of the Afghan Military and Security Services 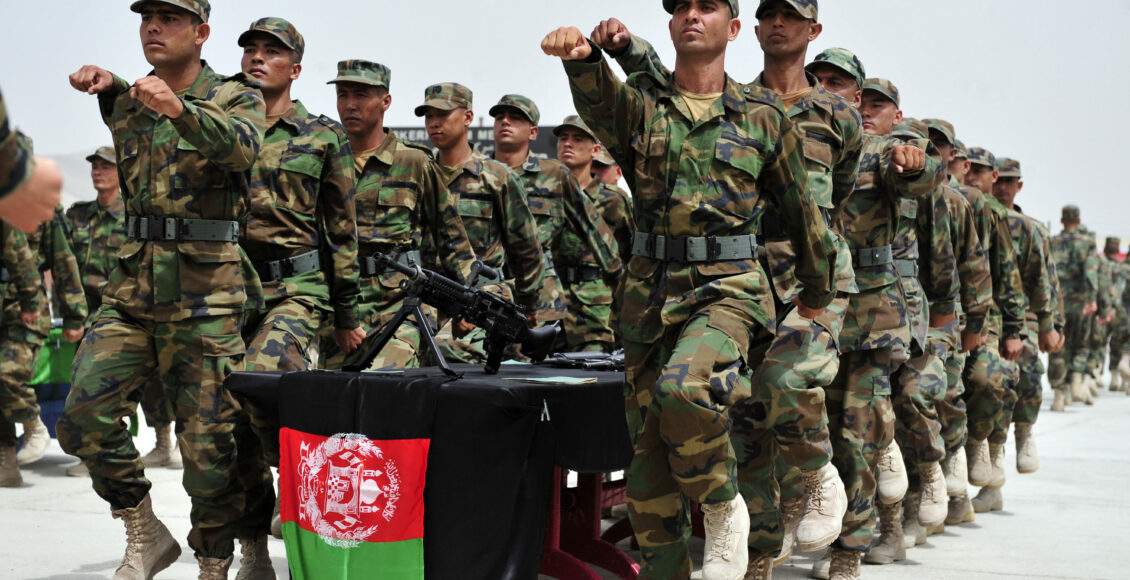 The average annual cost of an Afghan soldier—including the cost of arms, ammunition, uniform, and wages—is estimated to be around $4000 (USD). This amount increases depending on the nature of deployments, casualties, and other factors. The cadre of Afghan officers—which numbers in the thousands—carries an even higher cost. The Afghan National Security Forces (ANSF) require $4.5 billion annually—an amount fully funded by NATO member states per the Chicago Conference commitments.

Afghanistan itself contributes a negligible amount to its national security and defense budget. Many are questioning the affordability and sustainability of maintaining an extensive national security apparatus, given Afghanistan’s slow economic development and substantial levels of poverty. Furthermore, the country lacks an indigenous defense industry. The most basic of the military’s needs, from boots to ammunition, must be imported from abroad—often at a high cost.

Afghanistan currently has a military, an intelligence service, and a police force that it can ill-afford—especially when coupled with militia forces recently created by the government. NATO commanders and Afghan military leaders are looking into possibly downsizing the ANSF beyond 2021. Furthermore, the Afghan National Budget is obliged under the terms of the Chicago conference to contribute $500 million in ANSF funding, but is under tremendous domestic constraints: a shortfall of domestic revenue, declining foreign aid, capital flight, growing insecurity, and persistent corruption. Due to these constraints, the Afghan government has called on the international community to supplement its commitments.

Overseeing the sustainability and funding of the national security apparatus is primarily the job of the Afghan Treasury. However, the government is struggling to fund its non-military budget, even when defense expenditures aren’t taken into account. Within the ANSF, there are substantial challenges in the areas of budgeting, financial management, procurement, logistics, and expenditure arrangements.

Most of the financial management and procurement for Afghanistan’s national security apparatus is carried out through the Combined Security Transition Command for Afghanistan, also known as the CSTC-A. The Afghan military and police forces have a long way to go to overcome these challenges. To do so, there must be effective budget and financial management systems in place, overseen by properly-trained specialists.

In his memoirs, a former Soviet army general wrote that Afghans were tough warriors, but terrible military planners and strategists, The general was in Afghanistan providing assistance to the Soviet-aligned Afghan National Army in combatting the Mujaheddin. According to the general, Soviet military advisors found themselves repeatedly reminding Afghan military officers of specific battle tactics and strategies. As a result, Soviet forces found themselves having to take administrative affairs into their own hands. Illiteracy, a lack of intrinsic motivation, a culture of nepotism and corruption that centered around family and tribal relations has been the primary impediment to the formation of an effective Afghan national security apparatus.

Now, more than ever, Afghanistan is in dire need of of a politically impartial and highly trained corps of officers who are able to fill the shoes of U.S. military leaders in the country and those of other NATO members. Only then will the ANSF be able to take a strategic approach in the effort to deprive the Taliban of influence and drive it from its territories.

From a budgetary perspective, Afghanistan’s national security apparatus must be maintained in a sustainable and financially viable manner. Currently, the Afghan military, police, and security services are entirely unsustainable given the economic and financial constraints of the Afghan government. Based on fiscal and revenue projections, Afghanistan’s economy is years away from being able to meet the funding requirements to maintain its defense and security expenditures at their current levels.

In an interview with the PBS program 60 Minutes, the former commander of NATO forces in Afghanistan, U.S. General John F. Campbell (retired), noted that the country will, at some point, have to plan for a future decrease the number of their forces due to budgetary limitations. Such a decision will depend drastically on the political developments, peace process and threat level within the country. All these factors will play an important role in driving the security expenditures of Afghanistan higher or lower than its current levels.

For the Afghan government to be able to cover the cost of the army, air force, police, and intelligence services, the country must economize the national budget and produce a road map based on the budgets and financial requirements of the country’s national security institutions.

The Afghan government should also concentrate on building domestic industrial capacity to reduce national expenditures. This requires an in-depth analysis, broad-based political support and agreement and finally a commitment from the international community to support this process.

The Afghan National Security Forces lack a centralized and digitized system for managing budgetary and financial matters, procurement activities, and logistical requirements. This deficiency has contributed to rampant corruption throughout the ANSF.

Afghanistan’s military and national police have been repeatedly accused of corruption in connection with a range of supplier contracts including contracts for boots and uniforms. Recently, millions of dollars worth of medical equipment and medicines were embezzled from Sardar Mohammad Daud Khan Army Hospital.

One of the key mission objectives of the Resolute Support Mission (RSM) is to assist the Afghan National Security Forces build their financial management, procurement and logistical capabilities, however many challenges remain.

The Role of Civilian Managers and Leaders in the ANSF

The ANSF are largely unwelcoming to civilians who undertake key administrative, policy, financial management, and logistical roles within defense and security institutions. In some instances, civilian professionals have been forced out of the ANSF, leaving the military and security forces themselves to manage administrative, policy, and financial affairs. However, they often lack the capacity to effectively manage these key functional areas.

Afghanistan’s national security institutions require the expertise and resources that, often, only civilians can provide. In the long run, with the establishment of military institutes and colleges, this function might be handed over to military personnel. In the short-term, however, there is a dire need for civilian expertise within the Afghan national security establishment.

Transparency and Accountability in Security Expenditures

It goes without saying that every military and security institution is required to ensure information is kept secret, including budgetary statistics. However, Afghanistan as a democracy, and like any other. it has to strike a balance between transparency and national security concerns. Doing so means that the Afghan public must be aware of the amount of money their defense and security agencies are spending. Continuing to keep such information confidential is a return to Soviet practices.

Publicly, little is known about the budgetary and financial management processes of the Afghan National Security Forces today. This is partly due to the fact that many financial resources are coming through the U.S. and NATO military channels, and partly due to the opaque nature of Afghanistan’s national security institutions.

The institutions of the ANSF are the institutions of a democratic state. As such, their budgets and finances should be publicly available both for scrutiny and support from voters. Only through popular support and public trust will Afghanistan’s national security institutions succeed in meeting their prime objective of providing security to the Afghan public.

Afghanistan lacks the industrial capacity required for a domestic arms industry suitable for outfitting an expanding military and and security services. The basic munitions factories that were constructed by the British, the Turks, and the Soviets Kabul were destroyed, looted, or became inoperable during the turbulent period in the early 1990s. The U.S. and NATO have built only a few facilities for the repair and maintenance of Afghan military equipment.

Building a defense and military industry for Afghanistan is key to reducing the expenditures of the ANSF. The development of a domestic arms industry would also reduce Afghanistan’s dependency on foreign imports for basic equipment and munitions.

Significant financial and technical investment is required to revive arms manufacturing in Afghanistan. However, doing so would be the first key step in economizing the Afghan national security budget.

A Framework for a Fiscally Sustainable Force

Currently, the Afghan National Security Forces are financially unsustainable for the Afghan government. In the medium to long-term, the Afghan government will be forced to decrease the size of its military forces and security services unless Afghanistan’s economy suddenly improves substantially, a scenario which is unlikely.

The Afghan government should focus on a four-pillar framework to develop economically sustainable military and police forces: