Tailoring Expectations: The Good, the Bad, and the Ugly Scenarios for Afghanistan 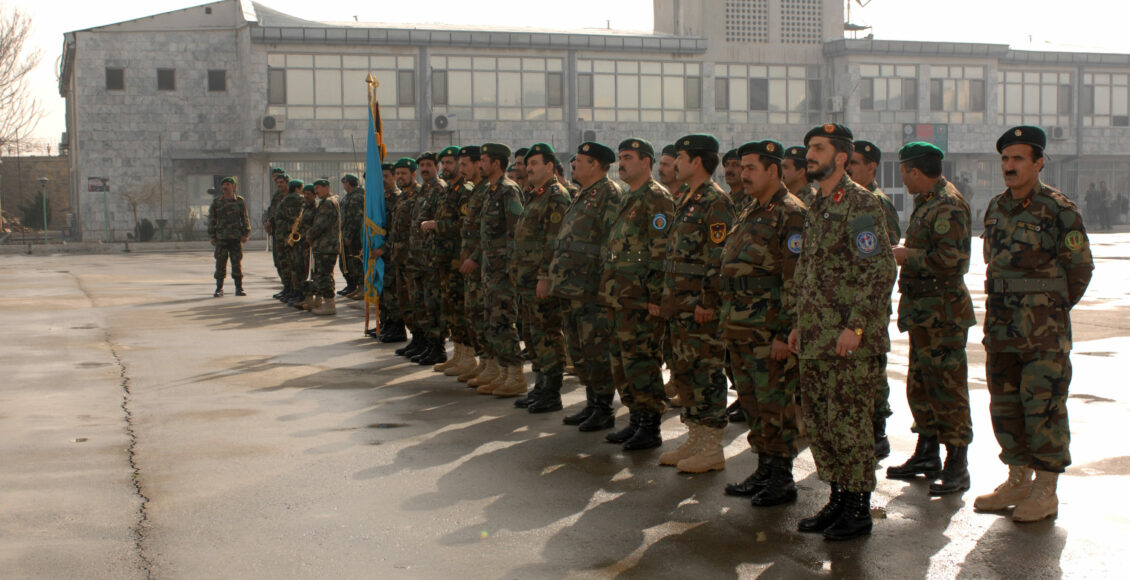 From the very beginning, the war in Afghanistan has been about managing expectations.

Why is the United States there, what does it intend to achieve, what is the desired end-state, and what is the theory of victory? Nobody expected the U.S. and its NATO allies to turn Afghanistan into another Switzerland—nor did Afghans and the international community foresee the prevailing political deadlock and military stalemate.

The Afghan war has increasingly become one of dignity for U.S. and NATO forces. A defeat at the hands of a ragtag, AK-47-wielding force calling itself the Taliban, with safe-havens across the border in Pakistan, will only refresh the memories of Vietnam in the Pentagon and the broader security establishment in the United States.

The United States and its NATO allies cannot afford the stain of another Vietnam on their track record—especially when their Russian counterparts, albeit with questionable military tactics, are increasingly successful against a more complex enemy in Syria. However, every liberating army eventually becomes an occupying force in the eyes of the local population if it does not deliver on its initially-stated mission objectives. This is especially so in Afghanistan. The problem has been that U.S. and NATO forces kept jumping from one mission statement to another, from one NATO summit to another, continuously promising a consolidation of gains and the ultimate defeat of the Taliban and their terrorist allies, but to no avail.

When assuming command of multinational forces in Afghanistan, each subsequent U.S. four-star general has called for a mission review, made some changes, presented a report to the U.S. Department of Defense asking for more resources and political support, assured NATO allies in various forums of success around the corner, but ended up leaving a more unstable Afghanistan for the next commander.

Here we are eighteen years later with a resurgent Taliban and U.S.-NATO achievements not only consolidated but more fragile than ever. The Afghan state has been left weaker, not to mention an unpredictable president in the White House, growing war fatigue in the West, and a divided Washington over the fate of its military engagement in Afghanistan.

It is in this context that the United States, Afghanistan, and the broader region need to think long and hard over the decisions that have been made and consider the potential consequences of those decisions for security and geopolitical interests—within Afghanistan and beyond. An increasingly unstable Afghanistan will adversely affect the security and stability of its neighbors, in addition to having substantial implications for security in the West.

In this context, it would seem surprising that Afghanistan’s neighbors—chief among them Pakistan, Iran, and the Russian Federation—are using the Taliban as a proxy force to destabilize the country to bloody the nose of the U.S. and its coalition allies.

This may, in the short term, serve the geopolitical interests of Iran and Russia but the absence of U.S. troops in Afghanistan will eventually present a severe threat to the security of these countries. A U.S. withdrawal will mean the Pakistanis, Iranians, and Russians will have to become increasingly involved in Afghanistan to counter terrorist activity and safeguard their respective political interests.

Steve Bannon, President Trump’s former chief strategist, was a staunch advocate of withdrawing U.S. troops from Afghanistan because he believed that an unstable and violent Afghanistan would threaten the security of China, Russia, and Iran, thus serving U.S. national security interests. Bannon argued that by destabilizing Afghanistan further, Russia, China, and Iran would be forced to divert resources to stabilizing Afghanistan for the sake of their respective national security interests. Such a scenario, at present, is very much conceivable under the current Trump administration in Washington.

In such a world full of uncertainties and geopolitical flashpoints, Afghanistan, the U.S., NATO, and the world need to move from a narrative of success to one of compromise, whereas the interests of all sides are served through a cooperative approach for achieving stability in Afghanistan, one with an accommodation for a Taliban that is neither at war with itself nor a threat to regional and global security. The western infatuations with military victory and the regional narrative of using Afghanistan as a geopolitical chokepoint for the United States may yield short-term benefits to one side or another, but in the long-term, it will work against the security interests of all involved parties.

The outcome of the Afghan war will primarily depend on the behavior of the sponsors and proxies involved. The war in Afghanistan can subside, intensify, change in nature, or become contained to particular localities depending on stakeholders’ political farsightedness and their stated military objectives. It is the Afghan people who will lose the most in terms of life, treasure, and infrastructure.

To turn this situation into a strategy that is beneficial to the interests of all, involved parties need to fundamentally recalculate their strategy and move towards a cooperative, mutually-beneficial approach. There is potential for U.S.-Russia, U.S.-Iran, and U.S.-Pakistan cooperation to address this credible geopolitical challenge, which could pose real threats to each party’s national security interests.

Nobody can predict the future course of events in Afghanistan—particularly given President Trump’s deep reservations about continued U.S. military engagement in the country. Other factors, such as a resurgent Taliban, a return to “great game” power politics, and an exhausted Afghan populace who question the presence of foreign forces despite an absence of real security in the country further increase the complexity of any predictive exercise. However, one of three scenarios—good, bad, or ugly—is likely to play out in Afghanistan to some degree.

The ideal situation, a negotiated settlement, would be beneficial for all parties to the Afghan conflict. The agreement would be negotiated between the Afghan government and the Taliban, brokered by the U.S., China, and Russia, and guaranteed by Pakistan, Iran, Saudi Arabia, and the United Arab Emirates. There are numerous blueprints and roadmaps in existence that outline the details for such an agreement. It would take into account the interests and demands of both the Taliban and the Afghan government while addressing the security concerns of the U.S. and its NATO allies, as well as taking into account regional concerns and interests.

In such a scenario, the shape, form, and nature of the Afghan constitution and government will be negotiated with the Taliban and a grand Jirga—together with a high ulema council that will give its blessing to the new constitution and the formation of a new government. On the other hand, Taliban be required to break its ties with regional and global terrorist groups, take action against foreign fighters who are currently fighting with the group, and subsequently disarm, demobilize its fighters and integrate them into the Afghan national security forces. Such a scenario would be beneficial to the geopolitical and security interests of all internal and external players of the Afghan conflict. Therefore, all parties should strive to ensure such an end state is achieved.

Scenario 2: The Bad—U.S. Withdrawal and an Afghan Government on Borrowed Time

In this scenario, President Trump rejects the advice of his military and national security advisors, proceeds with a complete withdrawal, and accepts responsibility for the decision to do so, to win favor with the U.S. electorate ahead of the 2020 Presidential Elections and ultimately win a second term in office. The U.S. could announce a timetable for withdrawal but continue to financially support the government in Kabul while exerting diplomatic leverage over regional powers to take up the mantle of ensuring stability in Afghanistan.

If the United States were to pull out its military personnel, which would also entail the withdrawal of NATO forces, the Afghan government would be put on life support. Such a move would embolden the Taliban and other international terrorist organizations with the feeling of having beaten the world’s greatest military power in Afghanistan. The government in Kabul would become increasingly fragile, and eventually disintegrate and collapse.

The worst case scenario is that the United States declares to withdraw its troops from Afghanistan and cuts or redirects financial resources from the Afghan security forces and the Government in Kabul to another part of the world. Alternatively, such a scenario could come to pass if the U.S. becomes embroiled in a conflict with China, Russia, North Korea, or Iran, and must rapidly divert large quantities of resources towards a more urgent priority.

Should such a scenario play out, the Afghan government would collapse, and the Afghan security forces would divide along ethnic lines. Each of Afghanistan’s neighbor will move to secure their security interests and political influence in the country, which will inevitably push the country into a proxy conflict or a fully-fledged civil war. This scenario would be a complete and utter disaster and must be avoided at all costs. Such a descent into chaos will not only inflict harm throughout Afghanistan but will substantially threaten regional security.

Afghanistan is the responsibility of the Afghan people. Nobody expects the United States and its NATO allies to remain in the country forever. However, the least the U.S., its partners, and regional actors can do is ensure the Afghan people have a stable government and professional, well-equipped security and military forces who cannot only secure Afghanistan but serve as the first line of defense to the region and the West against international terrorist groups intent on inflicting harm.