The campaign against China for regional influence is beginning to heat up. 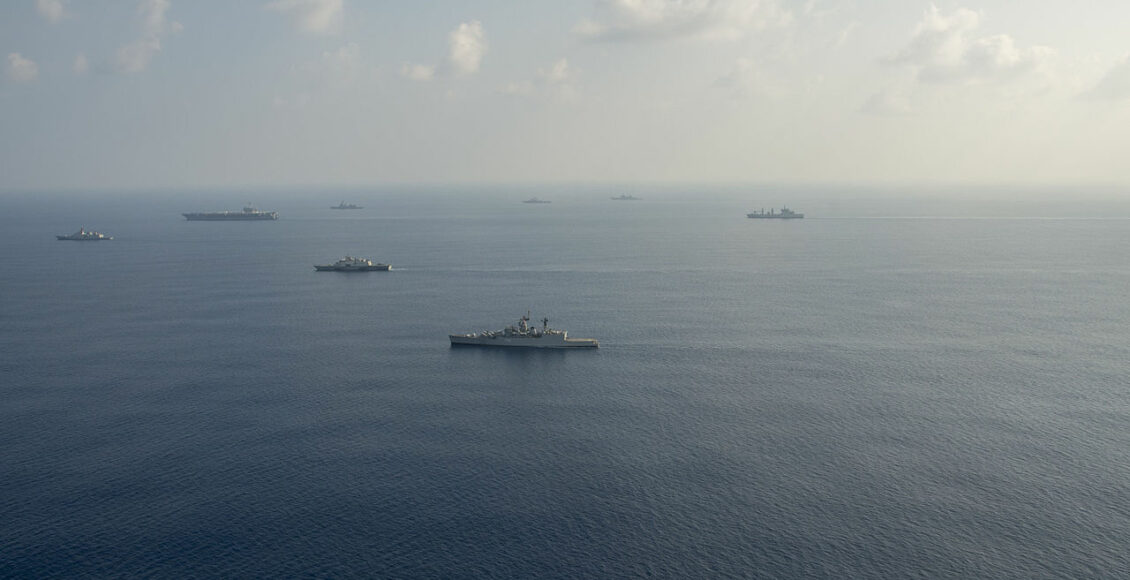 As part of a renewed pushback against Chinese influence, India announced in February that it would allocate $361 million for aid to the Maldives, a fourfold increase from 2018-19.

The Maldives: Trouble in Paradise an Opportunity for India

Dispensing foreign aid is hardly the primary concern of Indian policymakers. Faced with debilitating poverty levels, the South Asian nation still receives aid from a number of countries such as the UK and the US. Yet the announcement of a new foreign aid component for the 2019-2020 budget has triggered the interest of Indian foreign policy pundits because of one notable outlier. Compared to 2018-2019, aid to the Maldives has seen a 460% increase, with $361 million being allocated to the island nation. The budget boost follows New Delhi’s declaration in December 2018 that it would provide $1.4 billion in financial assistance to Malé, after a meeting between Maldives President Ibrahim Mohamed Solih and Indian Prime Minister Narendra Modi.

Recent political upheaval in the Maldives provides the backdrop for these decisions. The newly elected Solih defeated pro-China authoritarian leader Abdulla Yameen in a surprise election result in October 2018. Solih’s victory was clearly a welcome relief for politicians in New Delhi who described the victory as a ‘triumph of democratic forces’.

During Yameen’s five-year rule, the Maldives strengthened ties with China, solidifying a free trade deal and welcoming considerable investment while sidelining Indian concerns over the relationship. Yet the spending spree was no free lunch. The Maldives accumulated between $1.5 billion and $3 billion in debt to Chinese lenders due to an infrastructure construction boom. Solih is now actively trying to reduce this debt. India’s financial assistance will go a long way towards alleviating Malé’s financial distress. It also represents New Delhi’s intention to forge closer ties with neighboring countries and signals a broader pivot back to the Indian Ocean.

The Red Dragon in the Indian Ocean

Rather than being India’s canary in the coal mine, the Maldives represents just one aspect of China’s increasing presence across the Indian Ocean. Through its flagship Belt and Road Initiative (BRI) – which India vehemently opposes – Beijing has sought to strengthen its economic and diplomatic relations with Indian Ocean nations. China sees this as a ‘win-win’ opportunity for all parties involved to enhance development and connectivity and denies any form of nefarious motive behind the sprawling scheme. Yet India doesn’t see the BRI as wholeheartedly benign. Instead, New Delhi believes that Beijing is putting some countries in significant debt stress to gain leverage for the ultimate purpose of pursuing its own strategic aims, a concept known as  ‘debt-trap diplomacy’.

Perhaps the best-known example of Chinese debt-trap diplomacy is in Sri Lanka. Colombo built Hambantota port on the southern coast using Chinese loans that it ultimately couldn’t repay, resulting in a debt-equity swap that left the port under the control of state-owned enterprise China Merchants Group on a 99-year lease. The fear for Indian policymakers is that this port will eventually be used as a military facility for Chinese naval vessels, as part of a scheme to ultimately establish a ‘String of Pearls’ – a series of Chinese military bases across the Indian Ocean – that would threaten India’s lines of communication and ability to project force in the event of a military crisis.

China’s opening of a military base in Djibouti in 2017, its operation of the Gwadar Port in Pakistan, and its increased naval presence throughout the Indian Ocean to protect sea lines of communication and enhance anti-piracy efforts are perceived by India to be a threatening combination. Coupled with reports that the Maldives, Sri Lanka, and Pakistan are all facing high BRI-related debt distress, India is extremely concerned that these countries could become beholden to China’s will in the future.

Battles for Influence, Calls for Allies

Perceptions of China have soured in the Maldives since Solih came to power. The cheap loan binge by former president Yameen has come to an end and the hangover is starting to set in. Solih has already pledged to pull out of the free trade deal with China, claiming that deal was ‘very one-sided’.

The competition for influence is unlikely to be confined to the Maldives, with Sri Lanka on the radar for both nations. Rival bailout bids have been tabled for the debt-stressed country: the Reserve Bank of India agreed to a $400 million currency swap arrangement with the Central Bank of Sri Lanka in January 2019, while the Bank of China allegedly offered a $300 million loan. In this respect, Sri Lanka presumably welcomes competition from the bigger powers if it results in a better outcome for debt reduction, and will more than likely hedge between the two nations rather than simply picking sides.

India will increasingly call on like-minded allies to play a larger role in countering Chinese presence in the Indian Ocean. The French naval destroyer FNS Cassardrecently docked into a military port in Mumbai after India and France solidified a Joint Strategic Vision deal to increase co-operation between the two countries. Australian Foreign Minister Marise Payne also reminded audiences at the Raisina Dialogue – a multilateral geopolitical conference held in New Delhi – that Australia remained committed to securing the Indian Ocean through close collaboration with joint naval exercises and support for regional institutions.

Expect this kind of diplomatic signaling to continue and strengthen in the future, with the possibility of a revival in more military exercises within the ‘Quad’ group, a security cooperation arrangement between the US, Japan, Australia, and India. Extra funding may also be dedicated to promoting and implementing the Asia-Africa Growth Corridor, a sea corridor promoting development across the Indian Ocean and into Africa that India has developed with Japan to rival BRI.

On the flip side, China will double down somewhere that India can’t compete: Pakistan. The $62 billion China Pakistan-Economic Corridor (CPEC), with the Gwadar port as the flagship project, has come under increased scrutiny due to concerns among the new Pakistani leadership about the country’s debt levels. As other countries across the Indian Ocean begin to doubt the viability of some BRI projects, China can’t afford for its close strategic relationship with Pakistan to sour. Expect Beijing to continue pouring investments into the country. The addition of Saudi Arabia and the UAE to participate in CPEC allows China to diversify its risks whilst also strengthening its relationships with the Middle Eastern countries. More partners could join that align with China’s strategic goals, with Iran pointing out that it too had ambitions to take part.

India’s renewed influence in the Maldives shows that foreign policymakers in New Delhi are aware that for the country to remain a significant force in the Indian Ocean, they need to focus on a few key objectives. These include maintaining close ties to nearby countries by offering incentives and assistance, calling on powerful allies to support its efforts across the Indian Ocean, and also displaying independent expressions of force projection. The ensuing competition with China over influence in the Indian Ocean will likely only intensify over the coming months and years.