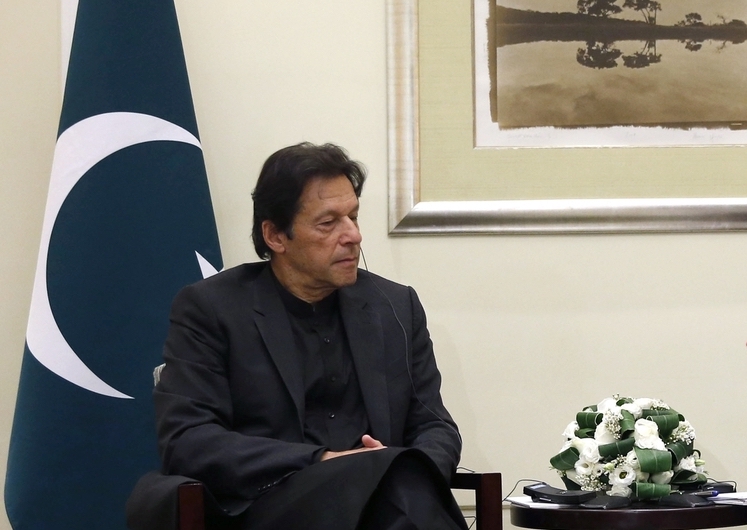 Negotiating with extremist groups—militant or otherwise—undermines the state’s sovereignty and security.

In January 2019—in a landmark turn of events—the Supreme Court of Pakistan acquitted and ordered the immediate release of Aasia Bibi, a Christian woman accused of blasphemy and placed on death row in 2010. While her release was cause for celebration among Pakistan’s political liberals, it greatly angered religious conservatives and those on the extreme right-wing of Pakistan’s political spectrum.

Clerics like Khadim Hussain Rizvi and his Tehreek-e-Labaik Pakistan (TLP) party started demonstrating by blocking roads in Pakistan’s major cities and paralyzing the country, as well as making calls to extremist elements in government and the country’s Armed Forces to mutiny and overthrow or kill judges involved in the verdict, Prime Minister Imran Khan and the Chief of Army Staff, General Qamar Javed Bajwa – essentially an open call for sedition. Party workers were also responsible for vandalizing and burning vehicles across the country’s urban areas.

Aasia had been jailed since 2010, on death row for violating Pakistan’s ambiguous blasphemy laws. Anyone who spoke out in support of her, who violated blasphemy laws, or simply spoke out against the laws themselves found themselves under attack from religious conservatives and right-wing extremists. Nobody was safe; in 2011 Salman Taseer, the sitting Punjab governor, was gunned in Islamabad by his bodyguard for speaking out against the court’s verdict. His assassin, Mumtaz Qadri, was hailed by the religious right as a hero.

The laws themselves are subject to intense criticism by human rights organizations and Pakistan’s Supreme Courts. The laws are ambiguously written and open to interpretation, thus undermining the rule of law. Accusations of blasphemy are enough to warrant mob violence and vigilantism. Indeed, there is a precedent for such violence taking place, especially against minorities.

Negotiating From a Position of Weakness

These recent events and the protests forced Khan’s Pakistan Tehreek-e-Insaaf (PTI) government to enter negotiations with the protesters to end the demonstrations— a counterintuitive approach to ending the crisis while maintaining Pakistan’s internal sovereignty and security.

Khan’s government announced plans were to place Aasia on the ECL and for her case to be reviewed by the Supreme Court, all to appease the TLP while undermining the judiciary and putting her life in danger. Since those negotiations were conducted, the government denied her exit from the country, despite talks for asylum with the U.S., the U.K., and Canada. Recently, however, the petition to have the case reviewed was overturned, meaning that Aasia was (and is at the time of writing) a free woman.

The denial of safe passage for Aasia greatly angered Pakistani liberals while also putting the relatively new PTI government in a precarious position, stripping it of support and legitimacy. Concessions to extremists—let alone the mere act of entering into negotiations—are detrimental to not only the survival of the Khan’s government but to Pakistan’s national security, as well.

There is at least a decade of precedent that evidences the counterintuitive nature of negotiating with extremists. Doing so weakens the state and empowers extremists and militants. To fulfill the demands of extremists is to invite further challenge, which, in turn, requires further concessions to resolve.

Khan entered into negotiations on the back foot; he approached the TLP to convince them to cease demonstrations, as the blocking of major roads in Karachi and other big cities had paralyzed the country and would adversely impact Pakistan’s already weak economy. Khan was negotiating from a position of weakness, as he perceived the deal as a political necessity instead of restoring social order.

Militant Groups Rarely, if Ever, Uphold Their End of the Deal

This is not the first time the state has attempted negotiation out of necessity. The Swat Agreement is probably the most notable instance of state capitulation in Pakistan’s history. The agreement, signed in April 2009, essentially handed control of the Swat Valley over to the Tehrik-e-Taliban Pakistan (TTP), to induce the group to cease hostilities and terrorist attacks.

The terms of the agreement allowed the TTP, led by Maulana Fazlullah, to set up Sharia courts within the areas of Swat and Malakand, from where the state had agreed to withdraw its troops. Both sides got what they wanted, and a short cessation of hostilities was observed, with emphasis on the word “short.” By mid-April (the same month the agreement was signed), the TTP had forcibly taken over a police station in Swat, breaking the terms of the deal.

The issue with negotiating with non-state actors in Pakistan merely is that it is not possible to bind the militants to the terms of an agreement. They are not a state agency, nor is there any overarching authority governing their actions. Though the TLP are not militants or terrorists, they violate the function of the state by blocking major roads, therefore obstructing commerce, policing, and the public’s general movement.

Alongside their blockade, TLP followers and workers were seen vandalizing cars and public transport, a clear violation of the Pakistan Penal Code. Given this behavior and based on the TLP’s historical failure to follow through on promises, Khan shouldn’t have entered into negotiations in the first place.

Negotiation, in this instance, is a poor strategy given the nature of the TLP as an organization. To understand why, one must look at the ideology of the TLP and the teachings of Barelvi Islam. Like Deobandism, Barelviism was developed in India in the 19th Century. However, unlike Deobandism, there is little to no influence from Salafism or Wahabbism.

The TLP and other Barelvi groups do not share the aims of Deobandi extremist groups like the TTP, such as implementing Sharia Law or creation of a new Islamic state. Barelvis instead preach the prophethood and finality of Muhammad (PBUH). This is a problem.

The Influence of Barelvi Islam on Tehreek-e-Labaik Pakistan

The TLP and extremist Barelvi preachers can reach and influence more people than their Deobandi counterparts. The TTP’s goal of implementing Sharia law doesn’t resonate with all Muslims in Pakistan, whereas merely preaching about the Prophet will resonate with the core beliefs of a much larger segment of Muslims in Pakistan. This, coupled with the TLP’s hardline anti-Ahmadi and blasphemy-related rhetoric has created a situation where increasing numbers of people are influenced to hold negative views towards Ahmadis and engage in vigilantism against accused blasphemers.

The Barelvi ideology resonates with a large proportion of Muslims and reaches a large population throughout the Indian subcontinent. Because of this, religious minorities are more likely to be subjected to violence, harassment, and discrimination. From a strategic communications perspective, the immense size of the target audience presents a high risk to security in Southeast Asia, as there are more Muslims in the Indian subcontinent than in the Middle East and North Africa.

Negotiation with extremists, violent or otherwise, empowers such groups and harms national security. By negotiating with the TLP, Khan is enabling it and similar groups to engage in extrajudicial murder, terrorism, and a wide range of other criminal activity. Because of the scale of audience that could potentially be influenced by extremist messaging, such groups pose a threat to the long-term security of Pakistan and the broader region.