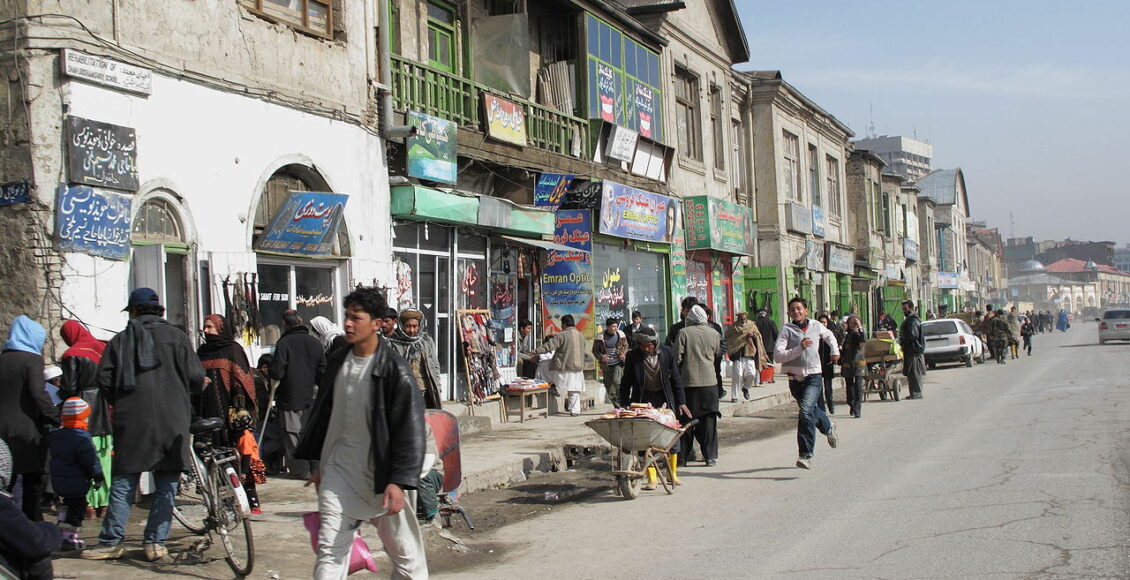 Negotiations in Doha, Qatar—the location of the Taliban’s political office—were followed by a conference in Moscow where members of the Afghan opposition were met by a Taliban delegation for peace-related consultations. Though the Afghan government was left out of the Doha negotiations and refused to participate in the Moscow conference, the two events—coupled with a new round of talks at the highest level on both the U.S. and the Taliban sides—have essentially rendered a negotiated settlement of the “war on terror” in Afghanistan irreversible.

However, noticeably absent from the peace talks is any consideration for a post-deal mechanism that can bring the opinions of ordinary Afghans to the table when it comes to finalizing an agreement that will undoubtedly impact them the most.

Peace negotiations in other countries held in a similar context to those in Afghanistan have included some measure of public engagement—typically in the form of a national referendum. In Colombia, a recently negotiated deal between the Colombian government and the rebel FARC movement, along with the Good Friday Agreement that brought an end to the sectarian conflict in Northern Ireland conflict both involved such a step—twice, in some cases.

Although a referendum may not yield credible results in Afghanistan due to a range of obstacles—a record of rigged elections being one—other mechanisms can be applied to make the peace process more participatory.

One such mechanism, the Grand Assembly or Loya Jirga, is well known in Afghanistan. The term is a combination of the Pashtu Loya meaning “grand” and the Farsi or Turkic Jirga meaning “assembly.” Enshrined in the 2004 Afghan Constitution, a presidential decree can convene the assembly. Members consist of the presidents of the district and provincial councils in addition to members of the Parliament. District councils, however, have yet to be formed in Afghanistan due to seventeen years of technical drawbacks. This deficit in membership can be rectified by including more women and members of civil society in the event such an assembly is convened.

In the 2004 Constitution, the Loya Jirga is referred to as “the highest manifestation of the will of the people.”  A Loya Jirga is responsible for decisions on matters such as presidential impeachment or constitutional amendments. The first Loya Jirga in modern Afghan history was convened from 1914-1915 by then-Afghan King Amir Habibullah to decide if Afghanistan should join any of the warring camps in World War I. The 540 delegates opted for neutrality. A Loya Jirga has ratified seven out of eight of Afghanistan’s 20th-century constitutions.

Afghan President Ashraf Ghani has suggested a consultative Loya Jirga be convened to discuss the nature of a peace deal which falls well short of an assembly with a binding decision-making power.

A Loya Jirga should include under its mandate, at the very least, putting individual items in the peace deal under scrutiny by members who are representative of a diverse range of stakeholders—particularly those whose views may be left out in the high politics of negotiations. Specifically, women and members of civil society would be able to steer the fate of a post-deal Afghanistan through such a platform, guaranteeing their continued role in shaping the country’s future.

The Religious Justification for a Loya Jirga

The idea of a Loya Jirga might find strong support in Islamic politics as well, in that it may help to convince the Taliban to cooperate to some degree—given that the group may not agree to a Colombia-style referendum. The group does not believe in people’s choice as the basis of political authority – a realm reserved strictly for religion and its commandments according to the radical interpretation of Islam the Taliban espouse.

The notion of Shura or council, however, has been promulgated by the Quran and is the legitimizing basis for deliberative decision-making in politics and society. The Quranic verse calling for holding council adorns the wall above the seat of the Speaker of the House of the People in Afghanistan’s Parliament. Agreeing to a Loya Jirga could be politically beneficial for the Taliban, as the group would demonstrate it is unafraid of views representing a broader perspective from the population, and that it can demonstrate its intentions to adhere to a time-honored national tradition.

Forgoing a wider participatory process will leave the playing field mostly to a few well-known figures from among the former Mujahidin parties, some new faces (mostly men) who’ve risen in prominence in recent years, and previous members of the Taliban who have joined the peace process. Barring a few, such individuals who mostly made up the attendees at the Moscow conference to meet the Taliban delegation, are closer in terms of ideology and tribal-thinking to the Taliban than Afghanistan’s civic-minded population. These individuals can be persuaded to compromise on important post-Bonn values if a quick peace deal guarantees an end to the ongoing bloody stalemate and brings them recognition.

Ultimately, the two sides currently engaged in talks have their own priorities. The Taliban insists on a timeline for a withdrawal of the U.S.-led coalition from Afghanistan as the main precondition for peace—a demand they have made ever since reemerging as an insurgency in the mid-2000s. The U.S. demands guarantees that Afghanistan will not become a launch-pad for international terrorism following complete withdrawal of U.S. and coalition troops.

U.S. President Donald Trump has noted that he considers military campaigns in the Greater Middle East to be  “dumb wars,” continuing a trend initiated by Barack Obama of shifting attention to more important strategic theaters. In the United States’ own hemisphere, the situation in Venezuela seems ripe for intervention—possibly militarily if the situation deteriorates considerably if one were to believe Trump’s rhetoric.

The many influential voices calling for complete pull-out from Afghanistan, either cautiously or persuasively, easily outnumber the few who believe the ongoing talks with the Taliban is but a means to negotiate the terms of surrender for the U.S.—a Vietnam-style capitulation. Patience for delaying the exit, therefore, may be in serious shortage in Washington.

U.S. Special Envoy Khalilzad hasn’t acknowledged any discussions with the Taliban about a future political system. So far, both sides have acknowledged progress resulting in an agreement in principle for a peace framework, which will require further talks in Doha and subsequent negotiations in Kabul with the Afghan government—should the Taliban eventually agree to such talks that they have thus far rejected, calling the government in Kabul a puppet regime.

Amidst the hustle to strike a deal, ordinary Afghans might become victims of a pervasive ostrich effect due to the fatigue of a long conflict. Ironically, this same approach has tragic precedence not long ago in Afghanistan.

Negotiated settlements between the Soviet-backed regime in Kabul and the Mujahidin in early 1990s sidelined the ordinary population. Later, similar agreements between the many Mujahidin parties excluded any participation by the people. This resulted in political accords that tethered their durability to factional and partisan interests. In the absence of a broader popular base to guarantee them, these agreements lost currency the moment one faction’s interests were threatened, leading to renewed hostilities.

Absence of genuine belief in public participation in power might be one reason behind a widespread disillusionment among Afghans that they don’t really matter even if the international community make the claim of having brought democracy to the country. It’s either a US-led conspiracy (aided by the British), a dirty gimmick by the Pakistani ISI or political machinations among the elite in or out of the government that runs the country.

Excluding ordinary people again might hasten the peace process, but it will likely result in the age-old adage of history repeating itself—first as tragedy, then as farce. To ensure that today’s peace won’t result in future instability due to grievances originating in opposition to a deal that undermines aspirations of ordinary Afghans, convening a Loya Jirga with binding authority is necessary.

In case the Taliban returns to power unilaterally or as part of a coalition and is faced with a popular resistance as it did in the late 1990s and thus fail to assert full authority on the country’s territory, the group’s guarantees regarding preventing Afghanistan from becoming a jihadist hub will carry little weight. The proliferation of power vacuums can provide terrorist groups with much-needed training grounds, including ISIS-affiliated militants who are already present in the country and in loggerheads with the Taliban.

Kambaiz Rafi is a PhD candidate in political economy at University College London (UCL). He currently works at the Afghan Ministry of Economy as an advisor to the Minister of Economy. The views and opinions expressed are solely those of the author. Kambaiz is on Twitter @KambaizR