The Pulwama Incident Part One: The Razor’s Edge 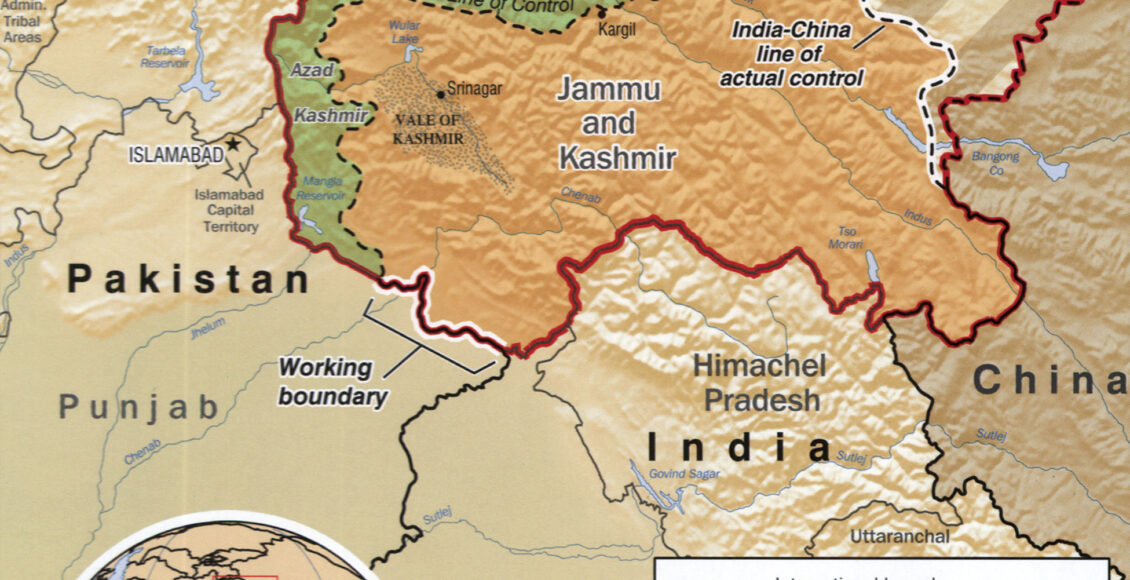 The Pulwama Bombing, India’s Response, and its Impact on South Asian Security

The Pulwama bombings in Kashmir on February 14th, 2019 sent shockwaves throughout South Asia. An unstable and tense region, to begin with, the bombing brought about greater instability and tension between the region’s two leading powers: India and Pakistan. The terrorist attack nearly brought about a catastrophically destructive event.

On February 14th, a car laden with explosives was driven into a Central Reserve Police Force (CPRF) convoy near the town of Pulwama in Kashmir. The bomber, later identified as 20-year-old Aadil Dar, had recently joined the Pakistan-based terrorist group Jaish-e-Mohammad (JeM), who claimed responsibility for the attack, and the deaths of 40 Indian policemen—the deadliest terrorist attack in Kashmir to date. Kashmir is no stranger to terrorism, nor Pakistan and India struggling over it, as control of the mountainous province has been a key bone of contention between the two nuclear-armed states since their independence in 1947.

Within hours of the attack, Indian Prime Minister, Narendra Modi leveled blame for the attack on Pakistan and declared them responsible for the bombing. Pakistan denied any involvement, even though JeM is based in the Pakistani city of Bahawalpur. The international community has since weighed in, condemning Pakistan and its involvement in supporting terrorist groups in Kashmir. In the week following the raid, Indian security forces conducted raids on JeM cells and operatives in Kashmir, resulting in the death of the attack’s alleged mastermind, known as Kamran.

Despite finding and killing those behind the attacks, the accusations set in motion a chain of events that raised tensions between the two states to their highest in recent times, even resulting in military action. On February 26th, Indian Air Force (IAF) planes violated Pakistani airspace to conduct air raids, bombing what it claimed to be a JeM camp in the Pakistani-Kashmir town of Balakot.

This was the first time an Indian aircraft violated Pakistan’s airspace since 1971, and the first instance in which nuclear-armed nations have bombed each other. From that day, conflict and tensions between the two escalated, to the point where Pakistan shot down and captured an IAF pilot, Wing Commander Abhinanadan Varthaman, who was subsequently released on March 1st. Since that week, there has been mutual shelling from both sides of the Line of Control (LoC).

This is incredibly problematic for maintaining South Asian Security at large, mostly because there is little conclusive evidence that Pakistan was directly involved in the Pulwama Bombing, but more so because of the presence of nuclear weapons and a history of interstate warfare in the region. The risk this poses cannot be understated, as if both states were to use their nuclear weapons, it would bring about the end of modern civilization through famine and the spread of radioactive fallout.

Instability and its Effects

There is an element of truth to the accusations laid unto Pakistan supporting terrorist groups in Kashmir. Since the 1980s, the Pakistani security apparatus has funded mujahideen and Jihadist insurgent groups in Afghanistan. Initially, this was to counteract the Soviet Union when they invaded Afghanistan in 1979. Once they withdrew in 1989, these mujahideen had no conflict left to fight, until they declared jihad on India, and went to fight them in Kashmir.

Groups responsible for attacks in India, such as JeM, have been banned within Pakistan and their membership and leaders arrested, more intensely since Khan announced a recent string of crackdowns in response to almost being put on the Financial Action Task Force “grey list”, a list of countries that have engaged in money laundering and terrorist financing, which India has accused Pakistan of doing. To be put on the list would lead to increased costs for money transfers and running businesses, severely damaging Pakistan’s already weak economy.

However, India has also contributed to the condition of insecurity experienced since February 14th, through blaming Pakistan for the attacks without providing evidence or intelligence, and more recently the use of air raids. Arguably, this posture is due to General Elections in April, with the ruling Bharatiya Janata Party (BJP) Government aiming to use harsh action on Pakistan and Kashmir to secure votes.

In the week following the bombing, media focus on blaming Pakistan ended up mainly ignoring that the attack was a textbook case of homegrown terrorism. Dar was a Kashmiri who was radicalized by other groups before he joined JeM, and according to officials in the Indian Military, the explosives were locally sourced. The vehicle used to attack the Indian convoy was Indian and had changed hands several times within Indian territory. This shows that a Kashmiri insurgency is now self-sufficient, and no longer needs Pakistani support to conduct operations.

It also shows that India needs to enact a more nuanced counterinsurgency strategy to deal with the issue, rather than dragnet crackdowns and mass arrests. Mistreatment and human rights violations have led to Pakistani-sponsored terrorism in the 1980s mutating into the more homegrown insurgent campaign today. To blame Pakistan and subsequently conduct strikes on targets on their soil is an extremely dangerous and counterintuitive tactic, considering the minuscule margins for error associated with nuclear weaponry.

The attack has had the most significant impact on Kashmiri Muslims throughout India, however. Kashmiri students have been forced to leave their universities, and others have been victims of Islamophobic abuse or forced into hiding following wide-scale government-led crackdowns across the country.

Kashmiri militants have used violence in response to repressive measures taken out by Indian security forces and police against Kashmiri protesters, such as the use of pellet rifles to disperse protests, which happens to be a violation of human rights and international law. This latest incident has not made life any easier for them, who have been protesting for independence since 1948, though these became far more violent in 2016. It also creates an environment ideal to radicalize disenfranchised Kashmiris, giving Kashmiri militant and Jihadist groups more fighters. It is a vicious cycle, one that can be closed through India entertaining the Kashmiri desire for self-determination and giving them a forum to air their grievances.

Lessons to be Learned

Pakistan and India stood at the precipice and stared down the barrel of a nuclear war. Thankfully, neither side escalated further, and both appear to have stood down for the most part, except for drone flights and air patrols of the LoC and the international border. There are lessons that both sides need to learn though, especially considering the Kashmir crisis.

Read Part Two of the Pulwama Incident: Pakistan and India Have Much to Learn