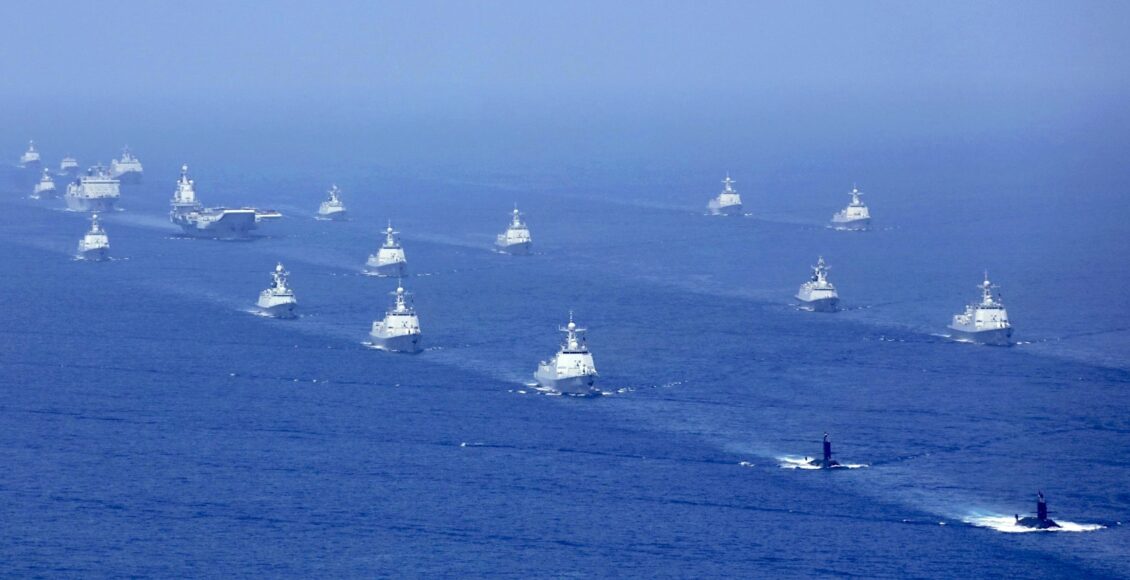 Great power competition between the United States and China will define the geopolitical landscape of East Asia.

The Indo-Pacific region will see a fundamental shift in the geopolitical status quo throughout 2019. This shift is the result of many factors, but the most prominent is China’s rise as a political, economic, and military great power. China’s rapid economic growth has provided the foundation for an expansion of the People’s Liberation Army and has dramatically increased the country’s international political clout.

For nearly three decades, China’s economy greatly expanded due to low wages, a large workforce, substantial demand for raw materials, and investment by multinational corporations. In the U.S., many industries suffered as production was increasingly outsourced to Chinese factories. Furthermore, Chinese companies have enjoyed easy access to the U.S. market for decades, whereas U.S. firms are forced to hand over intellectual property and make other concessions to be granted access to Chinese markets.

Washington has embarked on a campaign to induce Beijing to implement meaningful economic reforms. By imposing tariffs on hundreds of billions of dollars of Chinese goods, the U.S. has effectively made it more difficult for Chinese products to enter U.S. markets. In doing so, the U.S. is attempting to force China to open its markets to U.S. goods and services and to eliminate harmful policies such as forced technology-sharing and joint-investment agreements.

The challenge for China is that submitting to Washington’s demands would profoundly weaken China’s economy, which could seriously undermine the legitimacy of the Chinese Communist Party.  China is stuck between a rock and a hard place; even if Beijing were to offer to purchase more U.S. goods while gradually reducing barriers to foreign investment, it would take years for China to prove that it has been making good on its end of the bargain.

What’s Next for the U.S.-China Trade War?

It’s unlikely an immediate resolution will be found for the ongoing U.S.-China trade dispute. Instead, it’s likely that both countries will continue down the path of economic decoupling. The Trump Administration is encouraging multinational firms to reorient their supply-chains outside of China and is erecting barriers to Chinese investment in the United States. This year, U.S. policymakers will have to consider imposing another round of tariffs on the remaining $267 billion worth of Chinese goods imported into the U.S. each year, on top of the duties already imposed on some $250 billion worth of Chinese products. Furthermore, there is the possibility that lawmakers in Washington could introduce sanctions on Beijing in response to China’s mass-detention of Uyghurs in the western Chinese provinces of Xinjiang and Ningxia.

Due to China’s reliance on the U.S. consumer market, it will have difficulty retaliating on an equal scale. China’s wealthier coastal provinces, which host the bulk of the country’s export production capacity, are especially vulnerable to an extended trade dispute with the U.S. it will be difficult to respond due to its reliance on the U.S consumer market. That being said, Beijing has several cards left to play. The government can reduce taxes, offer subsidies, invest in infrastructure projects, and ease regulations to promote domestic consumption and economic growth in the private sector.

Beijing is also likely to use leverage the value of its currency to mitigate the damage inflicted by U.S. tariffs. As Chinese access to U.S markets is increasingly impeded, Beijing will seek new markets along the Belt and Road Initiative (BRI) and pursue bilateral trade agreements to secure access to them.

The United States will likely adopt an increasingly aggressive posture when it comes to the development and investment in strategic technological sectors. Tech firms in the U.S.—particularly those that work with dual-use (civil-military) technology—will come under increasing government supervision in 2019. Competition between China and the United States. Much like in Germany and France, the United States has been setting up barriers to Chinese investment in strategic sectors.

U.S. tech firms that work with dual-use civil-military technology will come under increasing government supervision in 2019. Such dual-use technology falls into categories such as aerospace, 5G networking, artificial intelligence, quantum computing, and high-performance semiconductors. As it has done with Canada and European allies, the U.S. is likely to lobby its allies and partners in the Indo-Pacific region to implement expert controls on similar emerging technologies. Such measures will be detrimental to the operations of Chinese firms, some of which have already been branded as national security threats by governments around the world.

As multinational corporations move to reorient their supply-chains to decrease reliance on China, there are Asian states that will be in a position to benefit from the economic decoupling of the world’s two largest economies. Vietnam, Thailand, Malaysia, Indonesia, and the Phillippines all offer attractive alternatives to manufacturing in China. Additionally, many of these countries specialize in the production of certain goods. Vietnam, for instance, produces high-quality electronics and textiles, and Thailand and Malaysia both have formidable automobile manufacturing sectors.

According to the U.S. Chamber of Commerce, around one-third of American firms in China are considering moving their operations abroad due to the ongoing trade standoff. Regardless if they relocate or not, the ASEAN markets will emerge as attractive alternatives for global supply chains as foreign direct investment begins to rise throughout the region. These changes will not happen immediately. Firms will need time to find regional partners, navigate legal systems, and draft new agreements. It’s likely that the full effects of the U.S.-China trade dispute won’t be realized for three to five years, but there will be a lasting impact nevertheless.

Trade and technology aside, tensions in the South China Sea will continue to deteriorate. Beijing will likely take a more aggressive stance as it continues to militarize existing and reclaimed islands—bolstering its naval, missile, and air power capabilities in an apparent Anti-Access/Area Denial (A2/AD) strategy. China’s expanding presence will complicate matters for powers like the U.S. and Japan who regularly conduct freedom of navigation operations (FONOPS) in disputed waters.

China’s expansionary behavior and an increased presence by the United States and its allies increase the probability for accidents or a rapid escalation. Despite this, the U.S. Navy and its partners will continue to conduct FONOPS in the South and East China Seas. Furthermore, the U.S. may sell more advanced arms and technology to Taiwan and increase the number of FONOPS it conducts in the Taiwan Strait.