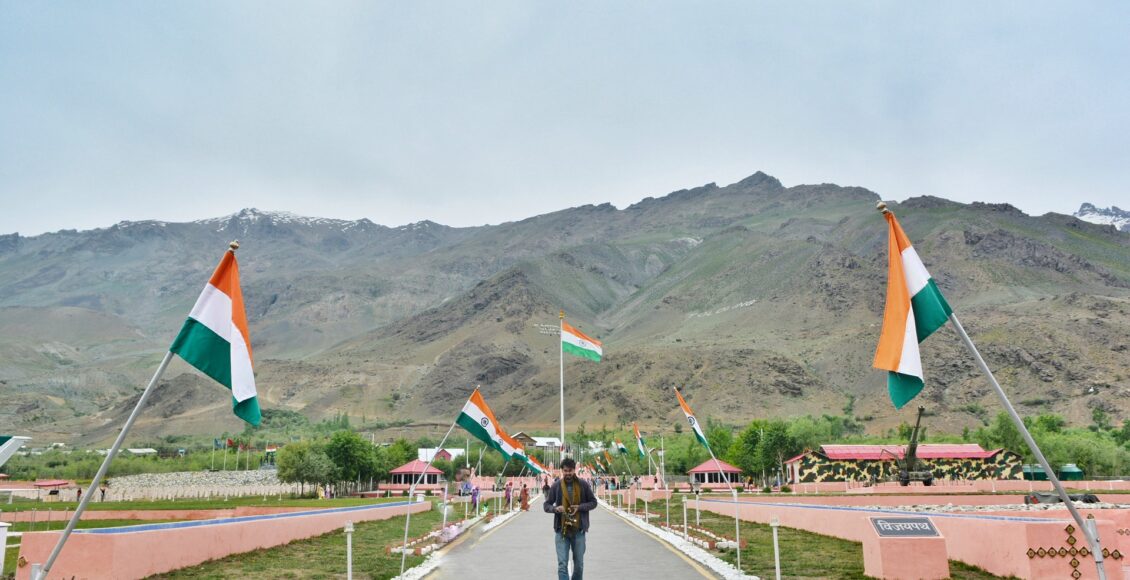 India believes its move to repeal Article 370 will ensure security in Indian-administered Kashmir.

There is a strong likelihood, however, that it will guarantee the opposite—an enduring condition of violence and unrest that can spill over into South Asia and beyond.

The Indian Government has repealed Article 370—the article in the Indian Constitution that guaranteed Jammu & Kashmir’s status as an autonomous territory, rather than a union state of India—greatly angering Kashmiris, who have been protesting since the announcement on August 5th, stunning observers worldwide. The move also violates United Nations Security Council Resolution 38.

Kashmiris knew something was wrong as the announcement was foreshadowed by widespread Indian state activity in Indian-administered Kashmir. Curfews along with a media and communications blackout were imposed, former Kashmiri Chief Ministers Omar Abdullah and Mehbooba Mufti were put under house arrest, and additional troops were deployed, bringing the total up to 46,000.

The Indian Government gave no warning ahead of the lockdown, announcing the article’s repeal the next day.  Mass protests have rocked the streets of Kashmir since the announcement, the region’s biggest demonstrations thus far. In the town of Soura alone, at least 10,000 demonstrators protested the repeal of Article 370. Despite the relaxing of travel restrictions, protests are still ongoing at the time of writing.

Indian security forces resorted to using pellet guns to disperse protesters. The use of pellets has been the subject of a great deal of international scrutiny and condemnation, as it violates international law and has left thousands of Kashmiris permanently blinded. Between July 10th and 12th of 2016, SMHS Hospital in Srinagar received 570 patients for eye treatments and surgeries after they had been fired upon with birdshot pellets. Pellet blindings, along with other human rights violations by Indian security forces,  lead some Kashmiris to join and participate in a homegrown insurgency.

There is a case to be made that repealing Article 370 was a response to American offers to mediate the Kashmir Issue. India has long tried to keep the issue bilateral, rather than internationalize it. When Pakistani Prime Minister Imran Khan visited the U.S. at the end of July, President Donald Trump said in an Oval Office press conference that India had asked him to mediate the Kashmir Issue—something Indian authorities robustly denied, in keeping with their line of keeping the issue bilateral and off the international agenda. All of this has been on the tail of worsening Indian-U.S. relations, following a dispute regarding increased Indian tariffs on American goods, and India’s exclusion from the Afghan Peace Process in favor of Pakistan.

What does repealing Article 370 mean?

Article 370 guaranteed that the territories of Jammu, Kashmir, and Ladakh would be governed autonomously rather than from New Delhi. A sub-article, Article 35A, ensured that non-Kashmiri Indians would not be able to buy land or vote within Indian Kashmir, meaning that Kashmiris would remain in control of their territory as well as their governance.

Repealing Article 370 means that sub-Article 35A will be reversed as well, meaning Hindus and other non-Kashmiris can purchase property, settle, and participate in politics within Kashmir. Native Kashmiri Muslims are fearful this may be the first step in a campaign of ethnic cleansing by majoritarian Hindus. Indeed, such concerns were voiced by former Chief Minister Mehbooba Mufti in response to the decision, saying that the reason behind repealing Article 370 was to change the demographics of Indian-controlled Kashmir and render India’s only Muslim-majority state ethnically homogenous.

By purchasing land in Kashmir and settling, they would eventually be able to force the native Muslim population out or replace it by marrying Kashmiri women. Such fears are reinforced by the vitriolic nationalist rhetoric espoused by the Bharatiya Janata Party (BJP) Government in Delhi, as well as by a swath of the Indian media. As a result of New Delhi’s decision to repeal Article 370, Kashmir faces a higher risk of sub-state violence and the potential for a mass-emigration of Kashmiris.

The Kashmiri population will lash out more violently against the Indian state than before, having already been on the receiving end of state violence and repressive policies. The potential for violence is likely the underpinning factor in the logic behind the pre-announcement media blackout and troop deployments.

Repealing Article 370 could end up inciting increased violence in Kashmir due to the end of the autonomy that has been highly-valued by Kashmiris for the past seven decades. A violent response to the repeal could beget even more violence and heavy-handed action from Indian authorities, threatening regional peace. Pulwama was the deadliest attack against Indian forces in Kashmir, and the response threatened global security and turned more Kashmiris against the Indian state.

The Politics of Ballots over Bullets: Afghan Elections and…

Established movements like Jaish-e-Mohammed (JeM) could re-emerge, alongside a range of newer actors fighting the Indian state. In either case, a violent uprising would lead to an enduring and far more ferocious condition of insurgent violence, with more frequent and intense attacks adding to the nearly 50,000 casualties resulting from the 30-year-long dispute. The prolonged enactment of humiliating and repressive policies by the Indian government against Kashmiris has, for decades, arguably fostered a condition of hatred and a loss of allegiance to India, leaving an endless pool of potential recruits for an insurgent movement. Repealing Article 370 could be the straw that breaks the camel’s back.

While the Indian government’s decision has profound ramifications for Kashmiris, who will be targeted by security forces in retaliation, a renewed Kashmiri insurgency would impact regional security as well, depending on how New Delhi responds.

In the aftermath of the February 2019 Pulwama bomb attack, India immediately blamed Pakistan for the attack (with minimal evidence), before launching airstrikes against Pakistani territory (this author previously published a two-part article covering the Pulwama Incident for Global Security Review). While neither side escalated to full-scale war, there was a genuine potential for nuclear conflict.

Simply blaming Pakistan is not an effective strategy for India, nor is baiting Pakistan into military adventurism. Given the sensitive nature of the Article 370 issue, a heavy-handed response to militancy in Kashmir would detrimentally impact regional security.

A mass-movement of Kashmiri refugees

As mentioned earlier, the settlement of non-Kashmiris will have a profound impact on the area’s demographic make-up. Rampant Islamophobia emanating from New Delhi raises fears that native Kashmiris will be forced out of their territory, either into India or over the Line of Control (LoC) into Pakistan.

Kashmiris are already one of the most marginalized communities in India, being the targets of pogroms and Islamophobic violence by Hindu extremists and repressive policies enforced by security forces in Kashmir itself. Following the Pulwama attack, Kashmiri students across India were targeted in acts of violence and harassed at school. Increasingly alienated by India, Kashmiris who can leave, will.

Due to their shared religion and history of mass migration, Kashmiri refugees will head for Pakistan, despite its economy being unable to cope with an influx of refugees. A Kashmiri exodus would be the last nail in the coffin, compounding other problems like overpopulation and mismanaged funds. Additionally, should Pakistan be blacklisted at the Financial Action Task Force meeting in October, it will be precluded from receiving the loans it so desperately needs to keep itself going.

Pakistan is still reeling from the influx of refugees from the Soviet invasion of Afghanistan, the U.S.-led invasion, along with internecine civil unrest in cities like Karachi during the 1990s. According to UNHCR, there are 1.4 million registered Afghans living in Pakistan. The mass movement of refugees has had a detrimental impact on Pakistan’s resources, and security through Afghan involvement in crime and terrorism.

India’s BJP government will achieve the opposite of what was intended if it believed that Indian security would be enhanced by bringing Kashmir into the Indian Union. To Kashmiris, it seems that the government has written them off entirely, which more radical elements see as a green light to conduct acts of violence against India.

Pakistan has successfully been able to lobby the UN Security Council to discuss the current Kashmir Crisis in a meeting on the 16th of August. Whatever the outcome, Kashmiris have the most to lose as a result of the BJP’s political adventurism.