Conflict and Competition in the Middle East Will Persist Throughout 2019 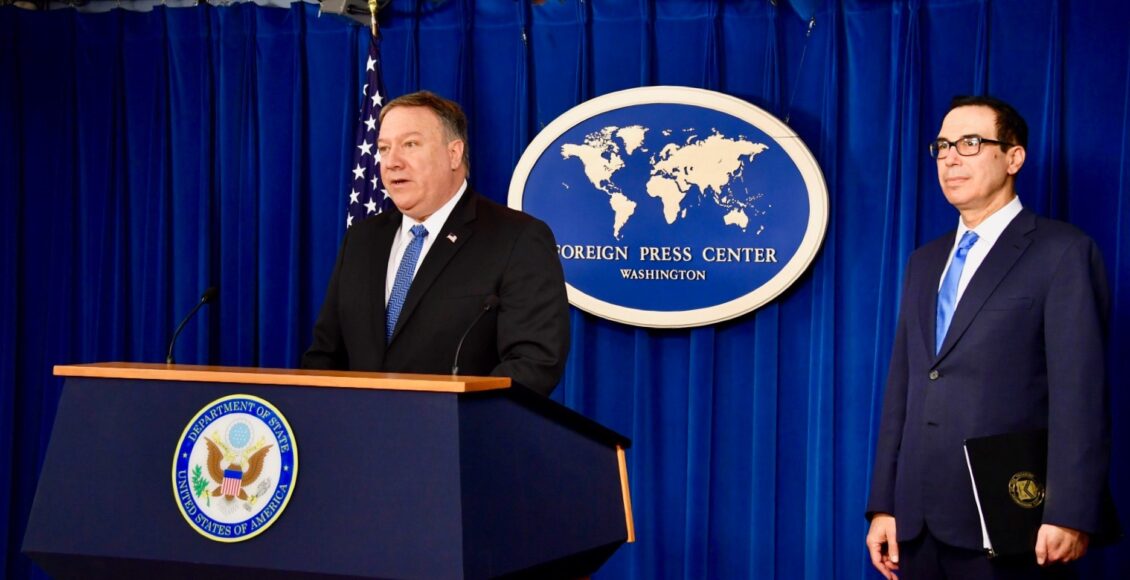 In previous years, interest in the Middle East was largely focused on ISIS (DAESH). This year, however, that focus will shift towards Iran.

As the threat from the extremist Sunni group dwindled, Iran-backed militias have been strengthening their foothold in the region. In Iraq, Tehran is working to integrate Shia militia forces into the Iraqi military, cementing its influence over Baghdad. In Syria, the Iranians are reinforcing militia groups as they attempt to cement their presence in the country as a deterrent to Israel. Additionally, Iran is supplying Hezbollah with increasingly sophisticated weaponry and precision-guided missiles.

However, Iran is not without internal complication. Over the past year, the value of the Iranian Rial has decreased substantially and the United States’ withdrawal from the Joint Comprehensive Plan of Action (JCPOA), and its unilateral re-imposition of sanctions have only exacerbated Iran’s economic troubles. Furthermore, there is a tug-of-war brewing in Tehran between members of the ruling class aligned with President Hassan Rouhani and the Islamic Revolutionary Guard Corps (IRGC) over the reformation of the Iranian economy. In short, domestic affairs and declining revenues will constrain Iranian efforts to strengthen its regional influence in 2019.

For some countries, however, Iran’s troubles could be perceived as a strategic opportunity. As 2019 progresses, the U.S. will enlist existing allies and forge new partnerships to contain Tehran’s expansionist aims. One such coalition, albeit still in the making, is the Middle East Strategic Alliance (MESA), also known as the “Arab NATO.” Another group of partners is the Kurdish militias in Northwest Iran, with whom the U.S. has cultivated solid ties. Washington could also encourage insurgencies in the Iranian regions of Khuzestan and Baluchistan.

To effectively push back against Iran, however, the U.S. must work alongside allies with which its interests are closely aligned. Israel, Saudi Arabia, and the United Arab Emirates will all readily endorse activities designed to constrain Iranian influence, but will first have to overcome decades of mistrust and hostility.

For the time being, each state will have its own issues to deal with. For Saudi Arabia, the murder of journalist Jamal Khashoggi will cast a long shadow over the ruling House of Saud. Saudi Crown Prince Mohammad bin Salman has come under increasing international scrutiny, but any major change in the status quo is unlikely. Beyond the Crown Prince, Riyadh will strive to make progress on its Saudi Vision 2030 initiative, which the government expects will enable it to ease up on austerity measures and promote economic activity in the non-oil sectors.

An End to the War in Yemen?

To the south of Saudi Arabia is the ongoing civil war in Yemen. The conflict has proved increasingly costly for the involved powers, not to mention the millions of civilians who lack access to food, shelter, and medicine. In November 2018, the U.S. Senate voted to move ahead with a bill that, if passed, would end Washington’s involvement in the Yemen War.

Now that the Democratic Party has assumed control of the House of Representatives, the pressure to end the conflict will only increase. In Tehran, there are calls for the country to negotiate with the United States for sanctions relief in exchange for a scaling-down of Iranian support for Houthi rebels in Yemen.

2019 could present an opportunity for the U.S. and Iran to de-escalate tensions, should the interests of both countries align enough—especially when it comes to Yemen. Should a successful agreement be implemented regarding Iranian involvement in Yemen’s civil war, it could serve as a jumping-off point for further engagement.

In the Levant, Hezbollah has acquired precision-guided munitions from Iran and manufactures them in Lebanon.  For Israel, this presents a strategic threat. Many Israeli policymakers believe a preventive strike against Hezbollah while the group remains preoccupied with the conflict in Syria is necessary.

As such, there is the possibility that, at some point in 2019, Israel conducts one or more offensives against Iranian-Hezbollah supply lines in Syria and Lebanon. Such a strike would likely target storage and manufacturing facilities for guided munitions. In doing so, however, Israel will have to ensure it avoids inadvertently targeting Russian or Turkish assets in an increasingly crowded battle space in Syria.

Setting aside the fact that such a preventive offensive against targets in Lebanon would be a violation of international law, airstrikes alone would likely fail to achieve any meaningful objectives. In the last war with Hezbollah, Israel inflicted enormous damage in Lebanon but ultimately failed to achieve its objective. A similar outcome is likely for a coming air offensive unless Israel is willing to commit ground forces as well.

U.S. Troops to Withdraw from Syria?

In Syria, the war appears to be entering its final phases. In December of 2018, U.S. President Donald Trump announced that the U.S. would withdraw its troops from Syria. However, no deadline or timeline was given for the departure, which will ultimately grant a strategic advantage to Russia and Iran, as well as possibly allow for a reemergence of ISIS or a similar Sunni extremist group.

In the Syrian province of Idlib, the situation will remain particularly volatile throughout 2019. Turkey has pledged to increase its engagement in the region and commit troops. However, there is little agreement between individual Turkish-backed groups which has resulted in growing infighting. At the same time, Syrian President Bashar Al-Assad has vowed to retake the province, even as Russian, Iranian, Syrian, Kurdish, French, and American forces are situated nearby. Given the number of opposing forces in such a congested area, there is a risk for a rapid and inadvertent escalation.

Managing Tensions Between Turkey and the U.S.

With regards to tensions between Turkey and the United States, the two will likely come to some sort of agreement over how best to proceed in Syria. Although Ankara and Washington are both hostile to Assad, the two disagree over the next phase of the conflict. Washington sees combating ISIS as the top priority; the closest partner for the U.S in this effort mission is the YPG, a Kurdish militant group currently in control of Northeast Syria. Turkey, which sees the YPG as a terrorist group and a threat to Turkish national security, seeks to deny the YPG a safe haven in Syria.

To settle these differences, Turkey and the United States will have to negotiate an agreement. Washington is unlikely to turn its back on the Syrian Kurds as long as ISIS remains a credible threat. Rather, it will likely make minor territorial concessions to Turkey without undermining the security of the Syrian Kurdish militias. President Erdogan’s proposal for a “safe zone” along the Turkish border and in territories controlled by the YPG is one arrangement being considered.

Regardless, Turkey can’t simply walk away from the United States. It depends on the U.S. to balance against Russia. Likewise, the United States needs to maintain its relationship with Turkey, a NATO ally, to counter Russia in the Black Sea, the Balkans, and the Caucasus, especially since tensions between Moscow and Washington will likely worsen throughout 2019.

The Middle East will remain susceptible to foreign influence and prone to conflict throughout 2019. The primary catalyst being heightened competition between great powers, along with competition between regional powers such as Iran and Saudi Arabia or Iran. Furthermore,  an increasing propensity for unilateral action by a number of players in the region increases the chance for a substantial escalation.