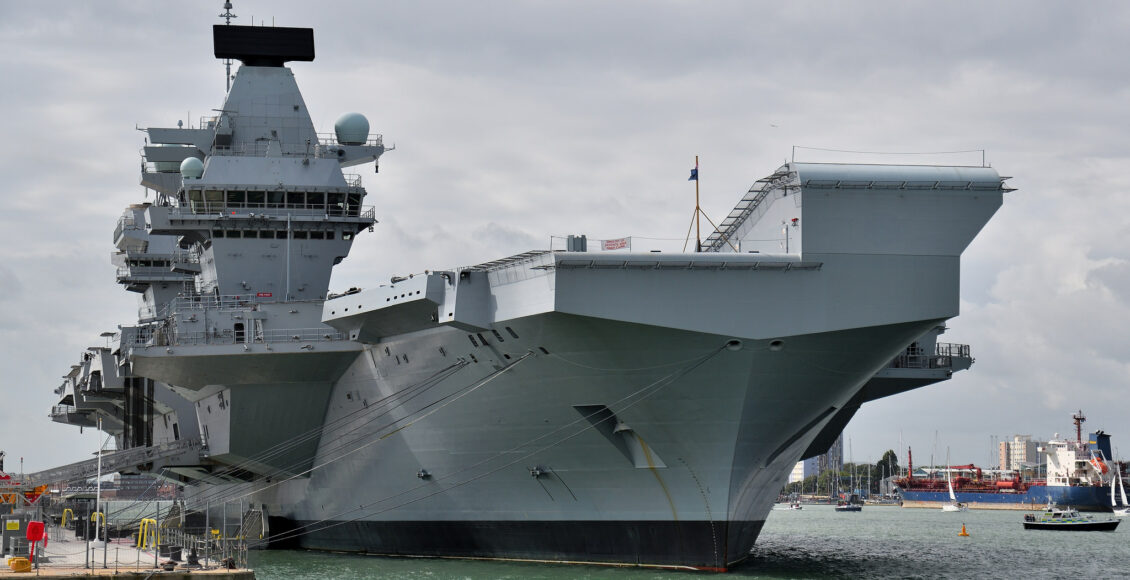 Since Prime Minister Theresa May and then-Foreign Secretary Boris Johnson announced in 2016 a new Global Britain approach to the United Kingdom’s (UK) position on the world stage, much speculation has been cast over precisely what this approach entails.

A report recently released by the Henry Jackson Society’s Global Britain program offers a more comprehensive view of what this new role for the U.K. should look like. The authors, James Rogers, and Bob Seeley, MP, argue that a Global Britain approach should be centered around three fundamental freedoms: Freedom for Trade, Freedom from Oppression, and Freedom of Thought.

Arguing that these three key freedoms are essential for liberal democratic states to succeed in a more competitive world order, the report confirms several significant recent developments regarding the current world order which have already seen successful policy-driven implementations over the last two years.

The first development is the return to a competitive state-based international order. Though the United States retains its global supremacy as the world’s sole superpower, and alongside NATO’s success in ensuring trans-Atlantic peace for 70 years, various regions in the world have recently become more competitive and unpredictable, which has led to a greater risk of conflict.

This shift from a unipolar world order at the onset of the 21st Century to one of multipolarity in 2019 was outlined in the National Security and Capability Review in 2018, which highlighted both a revisionist Russia across Eurasia and an expansionist China, particularly in the South China Sea and wider Indo-Pacific region.

This development has led to the U.K. increasing its diplomatic capabilities and defense engagement across East Asia and the Pacific, establishing nine new diplomatic missions in Pacific island states whilst increasing cooperation with allies such as Singapore and Japan. The new strategic alliance forged with Japan, in particular, is an example of how increased bilateral defense engagement with strategic partners should be a cornerstone of a Global Britain approach.

Are The U.S. And Its Partners Losing Their Grip On…

Kastellorizo is the Key to Turkish & Greek Ambitions in…

As part of the U.K.’s activity in East Asia, it has increased significantly the Royal Naval presence transiting through these crucial waters. Conducting Freedom of Navigation Operations both in 2018 and early 2019, the Royal Navy missions in Chinese-disputed international waters affirms the report written by James Rogers and Bob Seeley, MP citing the centrality of both Freedom for Trade and Freedom from Oppression within a Global Britain vision. Britain’s presence will soon be increased, as the U.K. Defense Secretary announced earlier in February that the Royal Navy’s flagship aircraft carrier, the HMS Queen Elizabeth, will likely be making its first operational mission to the Indo-Pacific.

The second recent development in the international system which this report addresses are the attempted erosion of the rules-based global order by states employing increasingly sophisticated and criminal methods of subversion. From the state-sponsored terrorist attack in Salisbury, U.K. in 2018, to the unrelenting hybrid warfare being conducted against Ukraine since 2014, to the increased military and diplomatic assistance provided to Syrian dictator Bashar al-Assad, Russia has sought to systematically undermine liberal democratic states and institutions. Specifically, the Kremlin has been engaged in a concerted effort to divide NATO and the E.U., for at least the past decade. Thus, Freedom from Oppression and Freedom of Thought are two essential strategies the UK should seek to further pressure the Russian regime into ceasing its malign activities.

China seeks to reshape both international law and existing institutions across the Indo-Pacific region, in an attempt to establish hegemony in a less overtly aggressive, though potentially more unpredictable and dangerous manner compared with Moscow’s approach. Maintaining international shipping lanes across the Indian Ocean is not just a UK security concern, but a global one. China has sought to project its influence across the region through its ambitious Belt and Road Initiative (BRI, also known as the One Belt, One Road program). Additionally, Beijing has continued to militarize port facilities in Djibouti, Sri Lanka, and Myanmar. A heightened Royal Naval presence across the Indo-Pacific, building on its successes in 2018, should form a central pillar in a strategy to manage possible bullish Chinese maritime behavior undermining the rules-based order.

This report seeks to address the growing concern as to what precisely the U.K.’s role should be in the world, especially in the light of the U.K.’s imminent withdrawal from the European Union (E.U.). By strengthening alliances with global partners including the so-called CANZUK group (Canada, Australia, and New Zealand), as well as Japan and Singapore, and by promoting the three universal freedoms, the U.K. can contribute to upholding and maintaining the liberal norms and values which have ensured global peace and security.