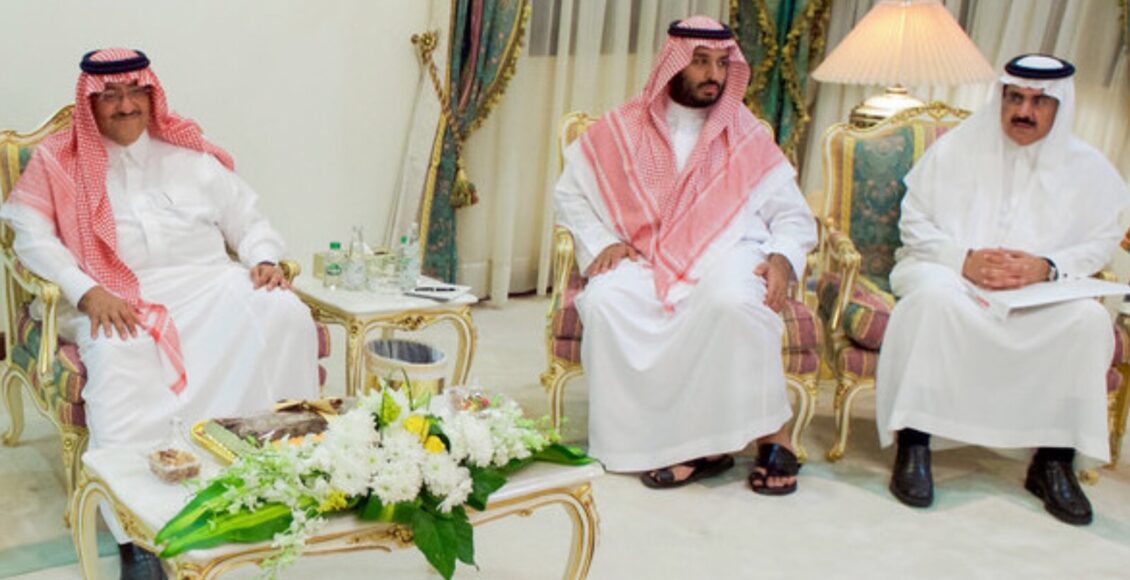 The Middle East is heading for a major showdown if statements made by Saudi Crown Prince Mohammed bin Salman (MBS) and UAE’s minister of Foreign Affairs Gargash are to be taken literally.

Over the last couple of weeks, the Gulf region has been on a rollercoaster ride. Risk analysts are struggling to deal with the dramatically changing geopolitical and financial environment while a direct military confrontation between the Saudi-led alliance and Iran’s proxies is around the corner.

The signals coming from the Saudi capital Riyadh are still the same; Saudi Vision 2030 and the Aramco IPO are on track. The media remains skeptical about the unforeseen crackdown on corruption, a week after the so-called “Davos in the Desert” financial get-together in Riyadh (October 24-26), where 3,500 CEOs and financial wizards convened.

The fallout of the direct attack on Saudi Arabia’s financial moguls and construction giants, such as Prince Al-Waleed bin Talal and the Binladin Group, would put fear in the heads of investors in New York, London, Beijing, and Moscow.

Most agreed that bin Salman overplayed his hand, causing instability in the country and the region.The reality for insiders, however, looks different.

The anti-corruption crackdown by MBS is part of his overall strategy to implement Vision 2030. First of all, the Davos in the Desert meeting showed the financial world’s immense interest in investment opportunities in the kingdom. Considering that 99 percent of the attendees had never visited Saudi Arabia before, while only the speakers already represented a $22 trillion value of assets under management, MBS could tick off another box on his long list to make Vision 2030 a success.

At the same time, the Trump Administration and the UK government tried to woo MBS to list the Aramco IPO on their stock exchanges. Some would have become more lenient towards a flexible approach when looking at the amount of interest, but MBS upped the ante and pushed for new hard-needed changes. The anti-corruption crackdown was carefully considered and timely and served not only to remove corruption in the kingdom but can also be seen as a way to remove remaining opposition to MBS’s future reign.With military precision, MBS removed most of the obstacles still blocking a possible MSCI Emerging Markets Index listing in 2018.

By taking out high-profile businessmen that were already convicted several times for corruption and removing princes that held commanding positions within the armed forces, MBS moved the kingdom towards a more modern economy while consolidating his own power. The inclusion of the kingdom in the MSCI index will bring a multitude of FDI, much larger than the Aramco IPO. The MSCI Emerging Markets Index, for example, gives European pension and investment funds the possibility to invest in the kingdom and trade on its stock exchange. The Saudis have reportedly already attracted $9 billion in recent weeks. Some analysts are much more optimistic when looking at the long range of IPOs planned on the Tadawul (Saudi stock exchange).

MBS’s domestic popularity has increased in recent months. The Crown Prince has great support among the youth and has shown to be listening to the majority of his people while being unafraid to make dramatic changes to outdated social structures within the kingdom. Still, MBS understands internal Saudi politics and will try not to completely upset the establishment.

The confrontation between Arab nations and Iran has reached a tipping point. And looking at the statements made by UAE’s minister of foreign affairs on November 12 during the Emirates Policy Center’s Abu Dhabi Strategic Debates (ADSD2017) on Sky Arabia shocked the audience. The direct attack and accusations vented towards Iran and Qatar, both accused of promoting instability, financing terrorism, and extremism, were of an unprecedented tone. Gargash also accused both of committing “acts of war”, especially via arming Houthis in Yemen and Hezbollah. These accusations are openly supported and repeated by a long list of Arab politicians and leaders.

The war drums are being banged—and this time not as an empty threat, but as a precursor to real military action. Most analysts are looking to Riyadh, as they expect MBS to lead this operation against Lebanon’s Hezbollah and the Iranian IRGC; most likely the lead will be taken by the UAE.

The political show around Lebanese PM Hariri is only part of this. Analysts tend to forget that Hariri’s real power is in Saudi Arabia, where he is the owner of construction giant OGER, currently under investigation as it is in financial trouble. MBS has taken the opportunity to kill two birds with one stone and remove OGER out of the picture in Saudi Arabia while destabilizing Lebanon. This was organized in close cooperation with other Arab leaders. Sheikh Mohammed Bin Zayed, a close friend of MBS, will head the anti-IRGC venture, as Abu Dhabi has been doing for years under the radar in Yemen, Syria and especially Libya.

Military action can be expected, with or without the support of Washington. As several Arab ministers and advisors have stated in recent days, it’s time for Arabs to take the future into their own hands. Washington can support, but not lead. If no American assistance is given, others will undoubtedly fill the gap. Moscow has been extremely quiet the last weeks, not indicating any support for Tehran nor trying to mitigate between the Riyadh-Abu Dhabi axis and Iran-Hezbollah. These plans seem to have already been discussed in the respective capitals, as ministers of the said countries have convened in several places.

If action is taken against Iran and its proxies, OPEC and oil prices will be impacted immediately. Oil price increases of $5-10 per barrel a day could be a distinct possibility. An escalation in Lebanon, due to the inclusion of Israel in the action, or maritime traffic attacks in the Gulf, would only push prices up further. After years of low geopolitical risk premiums, risk has returned to the market. This time, however, they are new players, unknown to the majority of risk analysts. MBS and Iran will put volatility back on the market where it belongs.

Dr. Cyril Widdershoven is a long-time observer of the global energy market. Presently, he holds several advisory positions with international think tanks in the Middle East and energy sectors in the Netherlands, the United Kingdom, and the United States.

Dr. Widdershoven earned his post-graduate degrees at King’s College, University of London, Department of War Studies, and an MA in Middle East Studies at the University of Nijmegen, the Netherlands. The main focus of his work has been on geopolitical risks, terrorism, fundamentalism and military/defense-related issues in the MENA region. At the same time, due to consulting work and advisory, he has become involved in the oil, gas and energy sectors in the region and Africa.

He held several senior publishing positions in leading energy publications such as Afroil, Middle East Oil and Gas, and North Africa Oil and Gas Magazine Cairo, and he continues to oversee the Mediterranean Energy Political Risk Consultancy. Dr. Widdershoven worked on M&A operations in Egypt, Libya, Sudan, and Iran, he studied the pipeline operations in Libya, Algeria, Nigeria and Turkey, and he assessed risk for institutional investors and banks in Libya, Egypt, Saudi Arabia, Oman and Iraq, all while advising the Dutch government and international organizations on related issues.

Dr. Cyril Widdershoven is the owner of Dutch consultancy VEROCY.

Thanks for signing up! Please check your inbox for an email confirming your subscription.
Via OilPrice.com
HezbollahIranIsraelQatarUnited Arab EmiratesUnited StatesYemen
Share
You might also like
Defense & Security