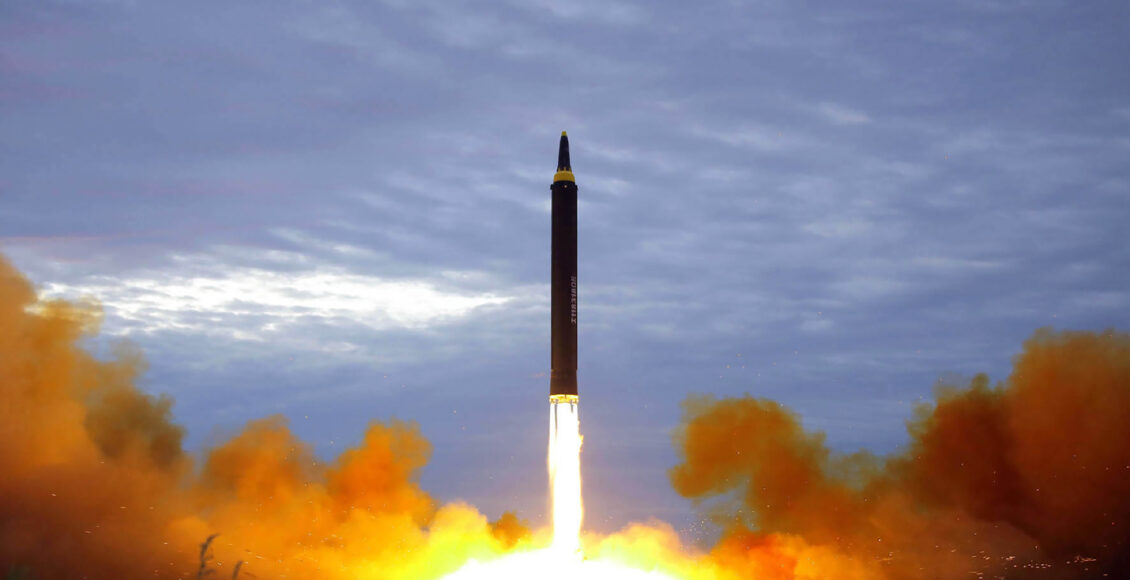 North Korea has launched an intercontinental ballistic missile that is capable of hitting anywhere in the continental United States.

On November 28, 2017, North Korea conducted a test launch of a nuclear-capable intercontinental ballistic missile after over 70 days without any such activity. According to the U.S. Department of Defense, this is the third ICBM test launch of 2017.

U.S. Secretary of Defense James Mattis stated that the missile most recently launched by the North Koreans “went higher, frankly, than any previous shot they’ve taken.”

The ICBM was launched from an area north of Pyongyang in Sain Ni, North Korea. The missile traveled east for about 620 miles (1000 kilometers) before splashing down into the Sea of Japan. The missile landed within Japan’s Exclusive Economic Zone which extends 200 nautical miles from the Japanese coastline.

The missile was launched in a near-vertical trajectory, meaning that if it were fired for distance in a more horizontal trajectory, it would be capable of reaching Washington D.C. and other cities on the east coast of the United States.

The Pentagon has stated that it is working with its interagency partners in the Intelligence Community, Department of State, Department of Homeland Security, and Department of Energy to develop a more detailed assessment of the launch.

Pentagon spokesman Army Colonel Robert Manning said: “We [the United States] remain prepared to defend ourselves and our allies from any attack or provocation.”

The Response from South Korea

In response to the North Korean missile launch, the South Korean military demonstrated the capabilities of its precision-targeted missiles by firing a number of them off the coast of South Korea.

The latest provocation from North Korea comes at a time of division in the trilateral relationship between South Korea, Japan, and the United States. While the South Korean government, cautious about provoking hostilities with the North, has encouraged restraint and dialogue, the United States (backed up by Japan) has increased its threats of military intervention against North Korea if it continues to conduct testing to further its nuclear weapons and intercontinental ballistic missile programs.