What’s in an Iranian Drone’s Name? 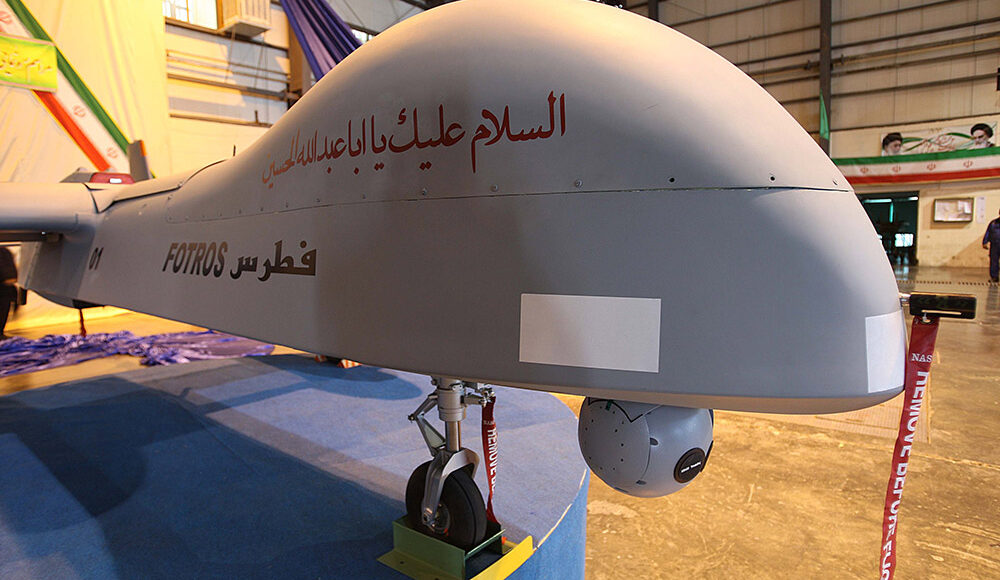 Iranians are skilled in the localization of almost anything Western or foreign. This is partly because of the nationalist, anti-imperialist promises of the 1979 revolution, and partly due to U.S. and international sanctions.

These localization capabilities are evident in the manipulated designs and the partial or complete renaming of domestically assembled French cars, mobile apps, computer games, and even the dubbing and redubbing of the DreamWorks film trilogy, Shrek. Iranian drone production, a sign of the country’s military independence, is no exception; in fact, the term drone itself is rarely used in Iranian military jargon. Instead, the Farsi acronym “پهپاد” [pahpad], the translation of which stands for “Remotely Piloted Flying Object” is frequently used.

Closely linked to the Iranian strategic interests in the Middle East region are religious and ideological interests, to which the names of Iranian unmanned aerial vehicles (UAVs), and therefore capabilities and types of use, could be closely attached. Iranian drones’ names speak volumes about the impression they want to create among Iranian officers and the message they want to send to adversaries.

Iranian drones are more loaded with ideology than weapons

The Iranians have designed, engineered, and reverse-engineered a range of drones, ranging from the Saeqeh (Thunderbolt), a reverse-engineered version of the RQ-170 Sentinel (bellingcat), shot down by Israeli Defense Forces (IDF) in the Golan Heights, to the duct-taped Ra’ad 85 (Thunder 85) suicide drone.

Here, however, the argument is not the technical and engagement capabilities of these drones but rather how they are named and to what effect? Since the list of Iranian drones’ Perso-Arabic names is not short. In this analysis, five drones—Ababil, Fotros, Karrar, Mohajer, and Yaser—are analyzed in more detail through their connotative meanings. These names fall into three categories: The Prophet’s Sahaba (companions of the prophet Mohammed), The Destroyer of the Jewish Fortress, and The Defenders of the Holy Sites.

Mohajer is a medium sized surveillance drone which was in service during the Iran-Iraq War and was one of the earliest weaponized drones. Version 4 of the Mohajer is still in use. Yasir is also a surveillance drone, which is a modified copy of the Boeing ScanEagle.

Apart from the literal meaning of the name Mohajer (immigrant), the name refers to Prophet Mohammed’s sahaba (early companions) who emigrated from Mecca to Medina.

Another surveillance drone is the Yasir. Yasir was one of the most loyal companions of the prophet Mohammed who accompanied the prophet also during his migration from Mecca to Medina. By referencing historical efforts to further a sacred Islamic cause, the selection of these two names recalls the hardships of early Islam along with its ultimate triumph over the region.

The next drone is the Karrar, which is a turbojet propelled drone capable of carrying a single bomb and a flying range of almost 600 miles.

Karrar is a title of Imam Ali, the first imam of the twelve Shiites, the sect of Islam to which the Iranian leadership belongs. As the conqueror of Kheibar (Fateh Kheibar) the title was given to Ali during a battle of the same name, after he defeated a legendary hero of a Jewish army, Marhab.

The name Karrar means frequent and repeated attacker and is therefore given to Ali for having the characteristics of a strong warrior. Apart from suggesting that this drone could be used in a conflict with Israel and its allies, the name conveys Tehran’s conviction that the Israeli Defense Forces (and Israel itself) will be ultimately defeated by the warriors, drones, and the army of Islam.

The defenders of the holy sites

The drones in this category are the Ababil and the Fotros. The Ababil is considered to be the first operational Iranian drone. It was initially used during the Iran-Iraq War and is still in production. The Fotros is claimed to be the biggest Iranian UAV to date, armed and 30-hour flight endurance.

In Iran, the term Ababil refers to the name of a bird or a group of birds, similar to the sparrow in the Quran that appeared miraculously to save the Kabah—the center of the Sacred Mosque in Mecca—from an attack.

The Quranic verse reads وَأَرْسَلَ عَلَيْهِمْ طَيْرًا أَبَابِيلَ (And He sent against them birds in flocks), telling the story of an army of elephant riders who were defeated by small birds that threw hard clay at them. The birds, being small, were able to outmaneuver and overpower the comparatively giant elephants and fend off their army. The choice of the name Ababil for this UAV could also be read as a reference to the drone swarm technology.

Farzad Esmaili, the commander of the Khatam al-Anbia Air Defense Base, once referred to all the Iranian drones as “Ababil’s carrying fiery lava for the enemy’s eyes and enemy’s heart.”

Fotros was an angel whose wings were taken after disregarding God’s order and was advised by prophet Mohammed to touch the body of the newborn Hussein (the prophet’s grandson) and regain the wings. Upon doing so, Fotros’ wings regrow and she can fly back to heaven with the rest of the angels. S/he then vows to be the guardian of the holy site of the third Imam of the Shiites, Hussein, and his messenger.

The two drones’ names, one inspired by a Koranic verse and the other by Shiite tradition, suggest the responsibility of defending the holy sites, both Sunni and Shiite. They also very well fit the recent narrative of fighting a holy war against ISIS in Syria as the “Defenders of the Holy Shrine”. Hence, no matter how far away from Tehran the Iranian Revolutionary Guard Corps (IRGC) advisors fly their drones, their mission remains one of defending holy Islamic sites.