What are the Consequences of Militarizing Outer Space? 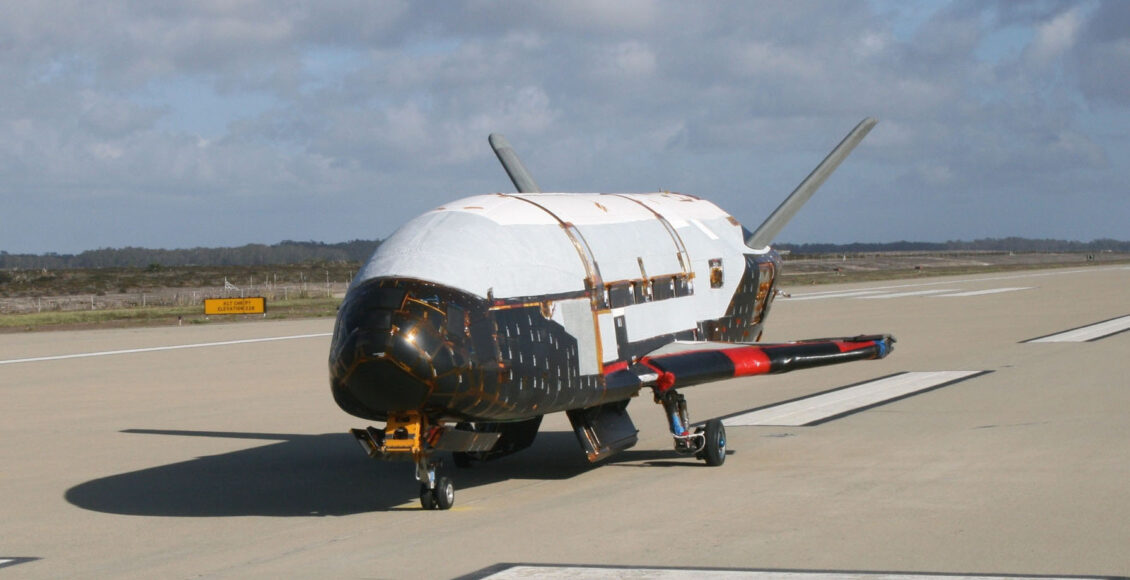 In June 2018, President Trump directed General Joseph Dunford Jr., chairman of the Joint Chiefs of Staff, to begin laying the groundwork for the establishment of a new military branch—in space.

The stated purpose of the new branch of service would be to protect U.S. space interests by overseeing debris and commercial movement. Implicitly, however, this could mark the first overt step towards the militarization of space, in order to maintain global hegemony and achieve strategic dominance over rival powers like China and Russia. Both countries have civilian and military space programs of their own, but could this move by the Trump administration lead to an arms race in space?

Ultimately, the creation of a sixth branch of the U.S. Armed Forces would have to be approved by Congress—and even if it isn’t, the Air Force would remain the service branch responsible for military strategy and operations in space as it is now. Regardless of what branch of the military is responsible, what are the ramifications for the militarization of space—by the United States and other powers?

The efforts of any one state to place armaments in space would disrupt the global balance of power, and encourage others to follow suit, setting in motion a race for strategic dominance that could well lead to weapons testing and further escalation. When on actor assumes a dominant position, rival actors will need act similarly in order to maintain deterrence and ensure the security of their respective national interests.

The rise of globalization and ever-increasing global inter-connectivity has led to a dependence on space-based technology like the Global Positioning System (GPS) for everything from simple navigation to the coordination of military operations. Such a reliance has made the destruction of satellites a priority for military planners in the event of a conflict.

Challenges of Arms Control in Space

Though the United Nations has advocated for a complete ban on the armament of space, it lacks the support of the United States in related Proposed Prevention of an Arms Race in Space (PAROS) resolutions. Since the U.S. has such a well-developed military, civilian, and commercial presence in space, it would be senseless to attempt to incur a treaty without U.S. participation, as other states would still feel the need to protect their interests.

Beyond the question of U.S. participation in any international conventions, a strong space-based arms control policy would still be difficult to implement. In space, almost anything can be used as a weapon. With enough speed in orbit, an object no larger than a rock can destroy a satellite. Simply put, even if something is not designed to be a weapon, it can be used as one in space. If policymakers cannot effectively identify what constitutes a weapon in space, weapons cannot be regulated or prohibited, making verification and enforcement close to impossible.

Consequences of Armament and Aggression in Space

The consequences of weapons testing and aggression in space could span generations, and current technological advances only increase the urgency for policymakers to pursue a limitations treaty. As it stands, there are three major ramifications of a potential arms race in space:

The destruction of satellites

As both financial and technological barriers to the space services industry have decreased, the number of governmental and private investors with assets in space has inevitably increased. There is now an abundance of satellites in space owned by multiple states and corporations. These satellites are used to not only coordinate military actions, but to perform more mundane tasks, like obtaining weather reports, or managing on-ground communications, and navigation.

Should states begin weapons testing in space, debris could cloud the orbit and make positioning new satellites impossible, disrupting our current way of life. More pressing, however, is that if a country’s satellites are successfully destroyed by an enemy state, military capabilities can be severely hindered or destroyed, leaving the country vulnerable to attack and unable to coordinate its military forces on the ground.

Diminished future use of near space

Whether caused by weapons testing or actual aggression, the subsequent proliferation of debris around the planet would damage our future ability to access space. Not only would debris act as shrapnel to preexisting assets in space, but it would also become much more difficult to launch satellites or rockets, hindering scientific research, space exploration, and commercial operations.

From the past fifty-odd years of activity in space alone, the debris left behind in Earth’s orbital field has already become hazardous to spacecraft — a main reason why the U.S. and the Soviet Union did not continue with ASAT testing during the Cold War. If greater pollution were to occur, space itself could be become unusable, resulting in the collapse of the global economic system, air travel, and various communications.

Power imbalances and proliferation on the ground

Only so many states currently have access to space—which means any militarization be by the few, while other states would be left to fend for themselves. This would establish a clear power imbalance that could breed distrust among nations, resulting in a more insecure world and a veritable power keg primed for war. Additionally, deterrence measures taken by states with access to space would escalate, attempting to build up weapons caches not dissimilar to the nuclear weapons stockpiling activities of the Cold War.

In any arms race, it is inevitable that more advanced weaponry is created. Yet, this does not only pose a risk to assets in space. Should a terrestrial war break out, this weaponry may eventually be deployed on the ground, and space-faring states would be able to capitalize on the power imbalance by using these new developments against states that have not yet broken into the space industry or developed equally-advanced weaponry.

The militarization of space would inevitably increase the chances of war, and also threaten the industries that rely on space to carry out their daily operations. Without treaties and resolutions to regulate and limit armament in space, the international community risks facing extreme consequences. Furthermore, with the history of U.S. disinterest in UN efforts to regulate space, the implementation of a meaningful, multilateral agreement for arms control in space is unlikely.

Ultimately, the international community will need to regulate actions, militarization, and the possibility of eventual armament in space sooner rather than later in order to reduce the threat of major war, economic destruction, and global insecurity.