Security and Trade: The Need for a Global Britain Approach in Africa 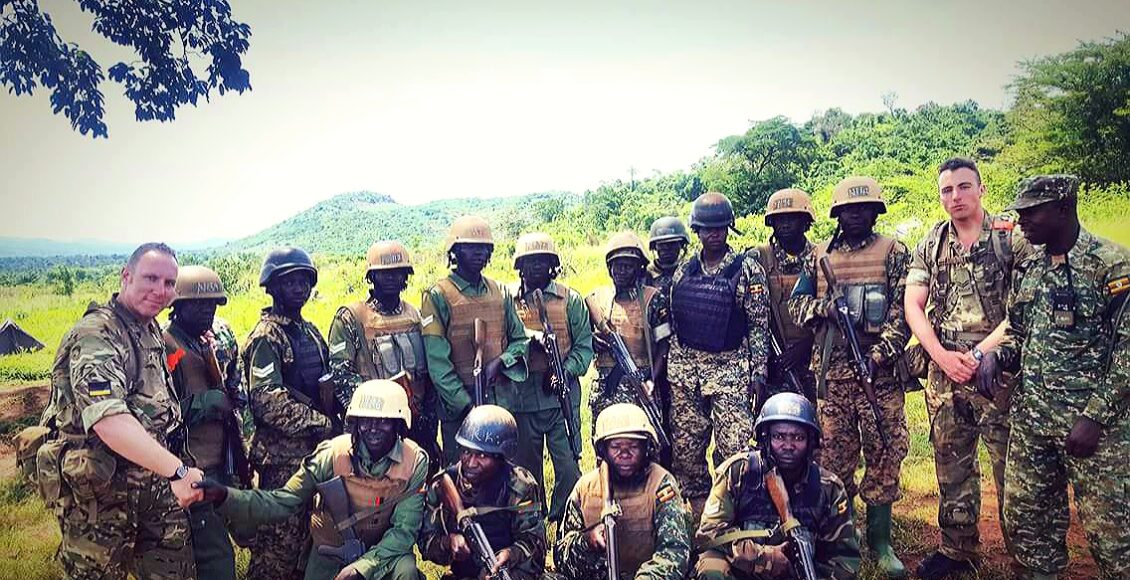 As UK Prime Minister Theresa May leads a trade and investment tour in Africa this week, Britain must seek to forge new partnerships in the region, in addition to solidifying old alliances.

It is worth considering Britain’s wider role in Africa as Theresa May visits this critical part of the world on a trade and investment tour. This latest diplomatic endeavor provides an opportunity to evolve UK’s Africa strategy in the context of forging a new path for a global Britain that seeks to maximize the opportunities of leaving the European Union. This is a crucial area of a global Britain approach, ensuring that the UK remains competitive in an ever-increasingly competitive global market.

In Cape Town, the prime minister announced an ambitious new approach to Britain’s spending on the continent, wishing to overtake the US by 2022 as the largest foreign investor in Africa, which would see Britain becoming Africa’s largest trading partner in the G7. This would seek to build upon the already high levels of existing British investment in Africa; with bilateral trade between the UK and Africa totaling $37 billion in 2016 and set to increase further post-Brexit.

With 29 business executives accompanying the prime minister and other officials on this trip, the overriding purpose of the mission is clear: to drum up business with some of the world’s fastest growing economies. The key stops on the Prime Minister’s tour include South Africa, Nigeria and Kenya. These three countries, traditionally strong British allies, are widely regarded as the core engine of future African growth.

By 2030, household consumption across the continent is expected to reach $2.5 trillion, up from $1.1 trillion in 2015. A third of that will come from these three states alone. Other countries with high growth rate forecasts over the next decade include Egypt, Tunisia, Sudan, Ethiopia and Ghana. They all maintain strong relations with Britain, leaving considerable scope for developing these ties further.

Britain’s combined imports and exports with African countries more than doubled between 2005 and 2014, however exports to Africa still only represents 2.5% of total British exports. Considering Africa is a continent whose the population is set to increase by half a billion people by 2030–43% of whom will acquire middle and upper class status–it is remarkable that Britain has not sent such a top trade delegation to Africa sooner.

In that sense, Britain is somewhat late to the party. The U.S., despite seeing exports to Africa halve from 2014 – 2016, still has a bilateral trading relationship with the continent worth $53 billion. However. even this is dwarfed by both China and the E.U.-27’s trade numbers with Africa: in 2015 worth $188 billion, and $269 billion respectively.

In particular Beijing’s role in Africa has solidified in recent years. This trend goes well beyond the seven fold increase in trade with the continent since 2005. China is also seemingly aiming to become the preeminent security actor across Africa in an attempt to displace the legacy role still played by the former European colonial powers. In addition to establishing its first overseas base in Djibouti in 2017, Beijing also has 2,466 troops currently on active duty across Africa.

In recent years, Chinese military personnel have taken part in United Nations peacekeeping missions in the Democratic Republic of the Congo, Liberia and Sudan, with an 800-strong combat deployment sent to South Sudan in 2015, a country with significant Chinese oil investments. The security relationship between China and the UN contrasts sharply with the majority of western states, often more militarily risk-adverse regarding African deployments.

However, after meeting with Nigerian President Muhammadu Buhari, Mrs. May announced the two countries had signed a defense and security partnership which would see the British forces train full Nigerian army units to combat insurgents in the north-east of Nigeria. Furthermore, the UK will assist Nigeria in countering the use of improvised explosive devices used by Boko Haram, and in strengthening Nigeria’s lawless northern borders.

In order for the UK Government’s post-Brexit Africa strategy to really pay off, especially in the face of increasingly stiff international competition from the Chinese, Britain’s strengths as a security partner must be firmly emphasized as a reminder of why we should remain the firmest African ally. By leveraging Britain’s increasing role as a security actor in Africa, it should seek to press this advantage regarding trade deals post-Brexit.

Theresa May met members of the British military contingent based in Kenya, east Africa’s economic power and the focus of Britain’s greatest African security commitment. Kenya is utilized as a training area for British troops going on high readiness operations in other theaters, in addition to providing training and support for regional states engaged in the fight against al-Shabaab across east Africa. Ranging from Mali to Djibouti, Kenya to Gabon, the British military maintains a significant involvement across sub-Saharan Africa.

Currently providing training and support to no less than nine African states, small teams of specialized British personnel conduct a range of missions, from counter-terrorism to anti-piracy and anti-poaching. These missions are designed to build up the capability of host nations, by training their leaders and instructors in military skills often hard-learnt over recent British campaigns, now passed on to other states to assist in their own security development.

These training missions have tangible impact and results. For example, over 22 separate training missions by British forces in Uganda since 2011 have developed the Ugandan People’s Defense Forces, who undertake the majority of the heavy fighting in Somalia under the African Union mission. The success witnessed by the African Union Mission to Somalia (AMISOM) has led to increased international confidence in the security situation in Somalia, resulting in a gradual reduction in African Union personnel from the Horn of Africa.

Mrs May will seek to highlight the threats posed to both European and international stability through letting the security challenges occurring across Africa go unaddressed. These challenges include the current situation in the DRC; ongoing Ebola outbreaks across the country, coupled with increasing civic strife has led to over four million internally displaced people throughout the DRC.

Considering the rising numbers of individuals wishing to flee internal conflicts, ethnic tensions, human trafficking and large scale poverty and corruption, Europe faces potentially a second wave of millions of migrants from the African continent escaping war and famine and seeking new opportunities. The case has already been made that Britain, in ensuring a strategic partnership with Africa, can do more to help mitigate these developments by training security personnel in the DRC to better cope with the country’s many crises.

Additionally, al-Shabaab poses a lethal security threat in the east of the continent, while Boko Haram and al-Qaeda affiliates threaten its western areas. UK military assistance is a key part of the multi-national efforts to contain and ultimately defeat these terrorist organisations. Concurrently with training Kenyans, Ugandans and Somalis in the fight against al-Shabaab, Britain has also trained over 30,000 Nigerian soldiers since 2015 in counter-insurgency operations to help the fight against Islamic militancy in Nigeria.

By highlighting the threats facing African security, combined with the pragmatic methods with which Britain utilizes its armed forces in developing local-level state actor security, a Global Britain approach to a new Africa strategy should therefore seek to combine increased trade and investment into African economies, with a renewed focus on strengthening existing bilateral military relationships.

This twin-tracked approach based around trade and security will seek to achieve the government’s target to be the G7’s largest African trading partner post-Brexit; filling a geostrategic void left in the wake of a withdrawing US. If Britain is to assert itself as Africa’s most valuable G7 trading partner, then Britain must seek to fulfill African desires for investment whilst simultaneously offering the continent a type of security assistance that is beyond China’s military skills and capabilities.

Thanks for signing up! Please check your inbox for an email confirming your subscription.
ChinaDemocratic Republic of the CongoEthiopiaEuropean UnionKenyaNigeriaSouth AfricaUganda
Share
You might also like
Defense & Security