What Next for U.S.-India Military Ties? 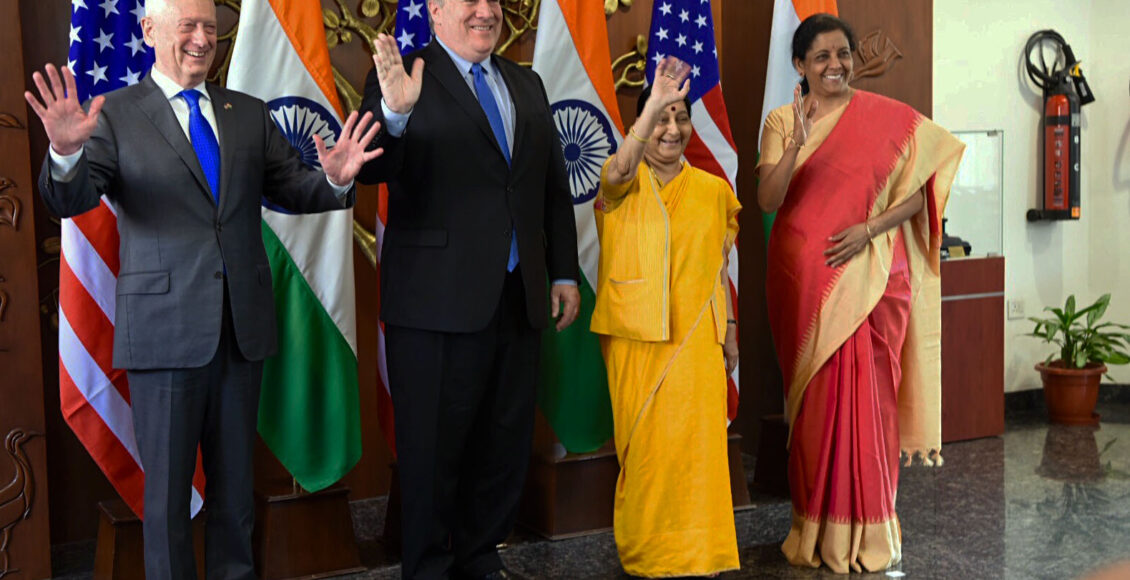 In New Delhi, the “two-plus-two” dialogue was at long last able to complete an agreement to enhance communications sharing on defense platforms—something called the Communications Compatibility and Security Agreement, or COMCASA. It will allow India access to more advanced communications technology for defense equipment purchased from the United States, and as a result will also make it easier for India and the United States, as well as U.S. allies with similar equipment, to coordinate more fully in real time (or, in defense speak, enhance interoperability). It’s been under negotiation for years, so this achievement deserves praise.

The two plus two produced several other important advances:

Also of interest in the joint statement is the brief paragraph on North Korea, which included a pledge “to work together to counter North Korea’s weapons of mass destruction programs and to hold accountable those countries that have supported them.” North Korea has not traditionally been an area of significant U.S.-India cooperation, so it will be interesting to see where this leads.

Missing pieces and next steps

Absent from the statements were any details on U.S.-India trade frictions, but given the security focus of the two plus two, this should not surprise. The U.S.-India Trade Policy Forum, which will meet in November, is a more apt venue for technical discussion of trade issues.

Also absent were any resolutions on two thorny issues: first, whether President Donald J. Trump will provide a waiver to India for its long-in-the-works purchase of a Russian air defense missile system, thus avoiding sanctions that could result from the Countering America’s Adversaries Through Sanctions Act (CAATSA) legislation focused on Russia, and second, what will happen with U.S. sanctions and India’s oil procurement from Iran. Despite the dialogue’s progress, these questions will continue to hover over the security relationship for the time being.