Keep a Weather Eye On Georgia 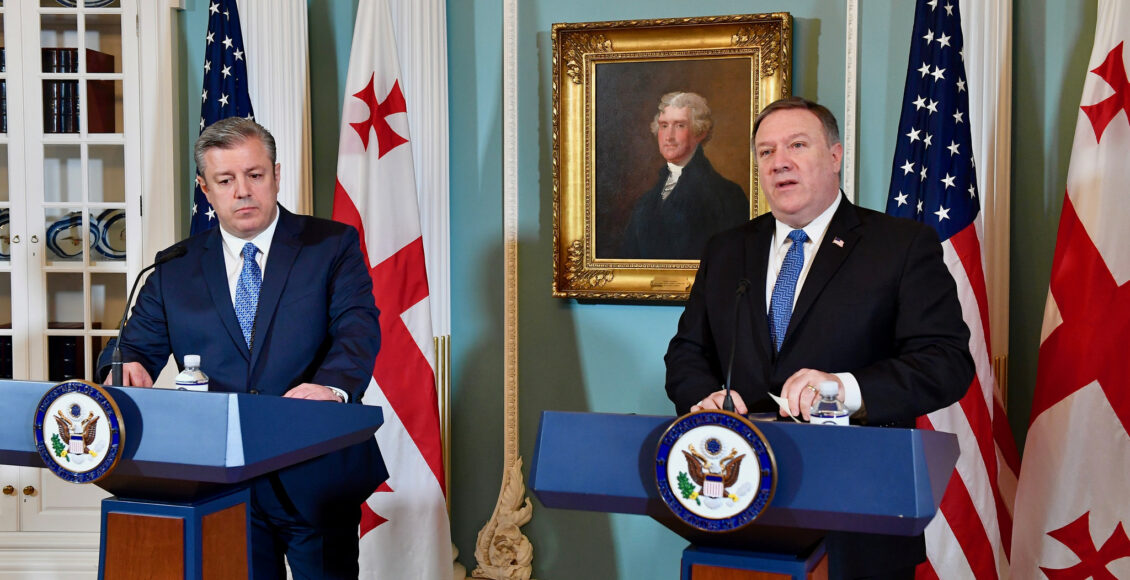 Georgia seeks closer ties with NATO while the regions of Abkhazia and South Ossetia remain occupied by Russia.

In the South Caucuses, the Republic of Georgia is caught in the middle of a geopolitical tug-of-war between Russia and the West. Nestled on the Russian border between the Caspian and Black Seas, Georgia finds itself in a position of strategic significance. Georgia, a former Soviet republic, has embarked on a path towards liberal democracy and is actively pursuing membership within the North Atlantic Treaty Organization (NATO).

International organizations such as the United Nations Development Program and numerous European research centers have been embraced by the Georgian government as it works to increase the rule of law, political transparency, human rights, civil liberties, and economic security in Georgia.

Simultaneously, Georgia is caught in a territorial dispute, claiming that the two northern territories of Abkhazia and South Ossetia are under illegal Russian occupation. The Russian government, however, refutes this claim.

Though the 2008 five-day war between Georgia and Russia resulted in a ceasefire, it left Abkhazia and South Ossetia under Russian protection while legally remaining within Georgian territory. After the war, Georgia withdrew its position as a member of the Commonwealth of Independent States (CIS), a loose re-grouping of former Soviet Union member states, including Russia.

Georgia is strengthening political and security ties with the West.

One of the most significant developments of late are remarks made May 2018 by U.S. Secretary of State Mike Pompeo during a joint press conference with Georgian Prime Minister Giorgi Kvirikashvili. In his remarks, Secretary Pompeo issued a call for Russian troop withdrawal from the occupied regions of Abkhazia and South Ossetia in accordance with the 2008 ceasefire agreement.

Secretary Pompeo’s condemnation of the occupation as a “violation of international peace and security” and contrary to the Charter of the United Nations and the Helsinki Final Act is a firm position against Russian regional aggression.

Furthermore, Secretary Pompeo’s charge against Russia’s involvement in Georgia is essentially an ultimatum that Russia has violated international law. Given the degree to which Russian leadership has employed concepts of international law in its endeavors, this ultimatum has significant implications for the legitimacy of Russia’s foreign policy.

In addition to the continued strengthening of U.S.-Georgian security and economic ties, Secretary Pompeo highlighted Georgia as a “steadfast partner” with the United States and NATO in safeguarding “common security interests,” emphasizing U.S. support for Georgia’s acceptance as a NATO member.

The European Parliament has since called upon Russia to renounce its recognition of Abkhazia and South Ossetia as independent from Georgia. Syria, in the meantime, has joined Russia in its support of Abkhazian and South Ossetian independence. The Georgian government has severed diplomatic ties with Syria in response. Moscow has dismissed such claims as politicized and biased, and that Russian involvement in Georgia has been one of peacekeeping.

Tensions are growing over Russia’s troop presence in Abkhazia and South Ossetia.

In late June, representatives from Russia, the United States, Georgia, South Ossetia, and Abkhazia engaged in somewhat fervent consultations that were co-chaired by the U.N, the E.U., and the Organization for Security and Cooperation in Europe (OSCE). The United States reiterated the call for a Russian withdrawal of forces and its support for maintaining the integrity of Georgia’s territorial sovereignty.

The Russian representatives emphasized the threat to regional security presented by the growing presence of NATO forces, and that any chance at increased productivity is dependent upon Georgia’s willingness “to engage in a direct and respectful dialogue with the representatives of Abkhazia and South Ossetia and to abandon any confrontational rhetoric and behavior.”

Ultimately, the consultations increased frustrations between Russia as the defender of Abkhazian and South Ossetian sovereignty and the United States as the proponent of Georgian territorial integrity. With the increase in geopolitical tensions between Georgia, Abkhazia, and South Ossetia exhibited by these developments, the United States and Russia face decisions of profound significance toward regional stability as crucial allies of opposing blocs.

The upcoming summit between Russian President Vladimir Putin and U.S. President Donald Trump may very well shed light on what the future holds for the South Caucuses. Nevertheless, one would do well to keep a weather eye on Georgia.