China Positions Itself at the Heart of African Infrastructure 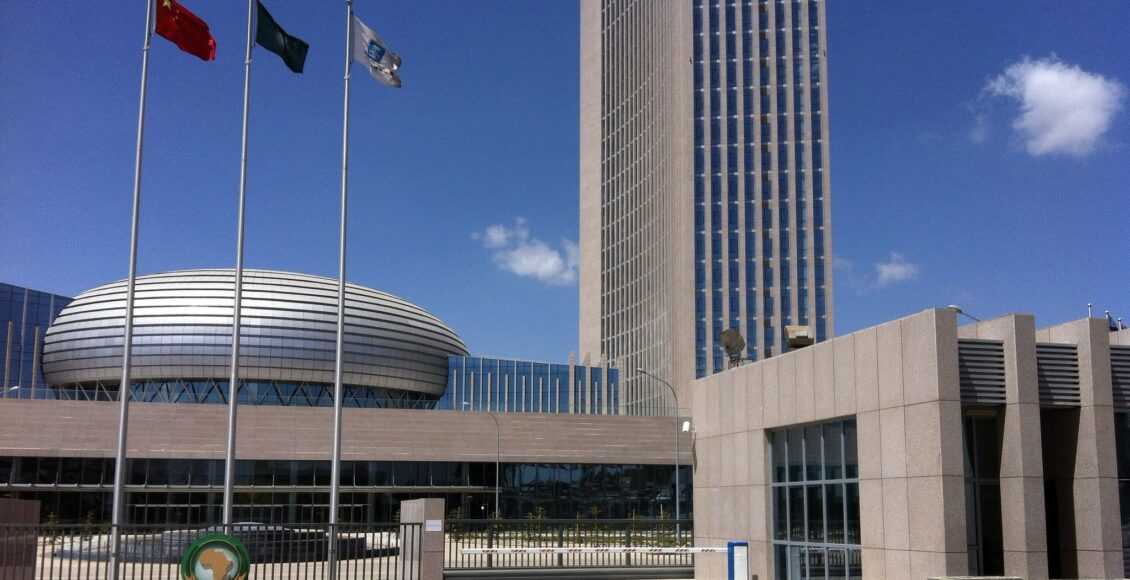 The international world order continues to face unprecedented strain with the growth of right-wing political movements in the United States, the European Union and revisionist countries, such as Russia and China, making more aggressive moves to alter the traditional balance of power. As a result, these changes have unsettled the strategic political landscape as many countries withdraw from existing commitments or seek new opportunities and partnerships.

The battle for influence in Africa is one of the greatest power-plays left to upset the traditional balance of power in the international community. Africa’s relatively young labor force, untapped business opportunities, thirst for technological injection, strategic location and role as a resource bridge between east and west is attractive to many.

But China’s dedication to penetrating Africa and winning influence is second to none, intricately weaving its intentions across all of its trade and foreign policies.

Critical infrastructure has been at the heart of foreign aid and development policies of Africa’s largest investors (the U.S., E.U., and China). But while the U.S. attempts to navigate a new “America First” policy under President Trump and the EU continues to negotiate the terms of Brexit and its own growing right-wing movements, China has been focused.

Following on his systematic “one belt, one road” campaign, President Xi Jinping has worked at embedding China at the heart of African infrastructure to protect and cement its regional interests for decades to come.

On track with its Belt & Road Initiative

It has the potential to facilitate regional collaboration on the most extensive global scale ever seen, reaching as much as a third of the world’s GDP, 65 percent of the world’s population and tapping into a quarter of the movement of goods and services globally.

Africa serves as a linchpin for the BRI, but many of the continent’s countries lack the requisite infrastructure to accommodate such a vision. Making inroads in Africa will require reliable power systems, roads and transport systems, broadband coverage, and compliant bureaucracies – and that is precisely what China is targeting.

Through the Forum on Chinese-African Cooperation (FOCAC), China committed $60 billion in funding in 2015 alone, tripling its 2012 commitment of $20 billion.

Recent reports estimate Chinese banks, contractors and the government combined have extended $94.4 billion between 2000 and 2015. Success in the development of pilot programmes engaging local infrastructure industry in development and skills exchange, including construction of large industrial parks, has proved profitable for all parties.

Critical infrastructure such as water, power, broadband, transport, and logistics through these programmes means that Africa can provide the foundation for China’s BRI vision, but also remains indebted and dependent on China to maintain and pay for these new structures. Consequently, the facilitation of such developments ensures Chinese influence and political favor from partner countries.

Large-scale programs and investments support Xi’s goals to ensure the reach of China is felt everywhere not just a financially, but also a physically – and in particular wherever America may also have a presence. This sentiment was reflected by U.S. Marine Corps Commander Gen. Robert Neller speaking before a U.S. House Appropriations Committee meeting in March, “The Chinese are playing the long game … Everywhere I go, they’re there.”

China has pursued this strategy across the continent providing targeted investment and turnkey technological and logistical solutions, positioning themselves at the heart of these nations and leaving them vulnerable to both political and financial influence.

Additionally, these government efforts are being amplified by an increase in ordinary Chinese businesses heading to Africa, even without state-backing.

The Trappings of Dependence

While traditional foreign aid and investment have promised external funding or lower-interest loans in return for favorable trade relations and local commitments, China’s investments are tied with high-interest loans with impossible terms.

With billions of dollars already invested in the campaign, developing countries are becoming increasingly saddled with crippling debt and growing dependence on China.

In a March report, the Center for Global Development flagged eight countries at heightened risk of significant debt distress due to China’s One Belt One Road initiative.

Asia author and analyst Gordon Chang highlighted this “new form of colonialism” at a March House Committee on Foreign Affairs hearing on China’s role in Africa, testifying that once such dependence develops, “Beijing gets their support for geopolitical goals, and one of these goals is undermining democracy.”

Djibouti is one country which has been marked at heightened risk of debt distress, having received $14 billion in Chinese investment. This has won China critical local political support for Chinese interests and goodwill with the population. More importantly, local political support has led to the establishment of China’s first permanent overseas military base in Djibouti.

With unbound strategic importance, guarding the Suez Canal, the Red Sea and the oil-rich Persian Gulf, Djibouti also offers an excellent vantage point from where it may observe the U.S. military base, again reflecting Gen. Neller’s earlier sentiments. This isn’t the first sign of China ruffling security feathers on the continent. French news source Le Monde reported earlier in the year on alleged daily cyber breaches of the A.U. headquarters’ IT framework.

The infiltration was traced back to Shanghai, although it was vehemently denied by Chinese officials and minimized by representatives from the African Union. Further investigations were said to have revealed hidden microphones in desks and walls throughout the Chinese-built building in Ethiopia.

China’s method of partnering with those excluded from the Western-led world order does not isolate African governments but continues to prove strategic in protecting and promoting its national interests. China’s lack of reservations in striking deals with authoritarian leaders or governments with poor human rights records remains its advantage over western nations.

As the strategic environment in Africa becomes more crowded and competitive, U.S. General Waldhauser warns that “We will never outspend the Chinese on the continent,” and instead must be smarter about policies and actions connected to the region.

This is true for any country looking to win influence or maintain good relations with the continent. Ultimately, China stands as the lone power with both the sufficient economic might and political unification to succeed in this new scramble for influence in Africa.

Christina Dutton is a London-based security and business risk consultant, specializing in cross-border regulation and the private military industry. She previously worked in the private security sector and holds a Master’s degree in Intelligence and International Security from the War Studies department at King’s College London.