The New Taiwan Strait Crisis: a Dangerous Decade Ahead 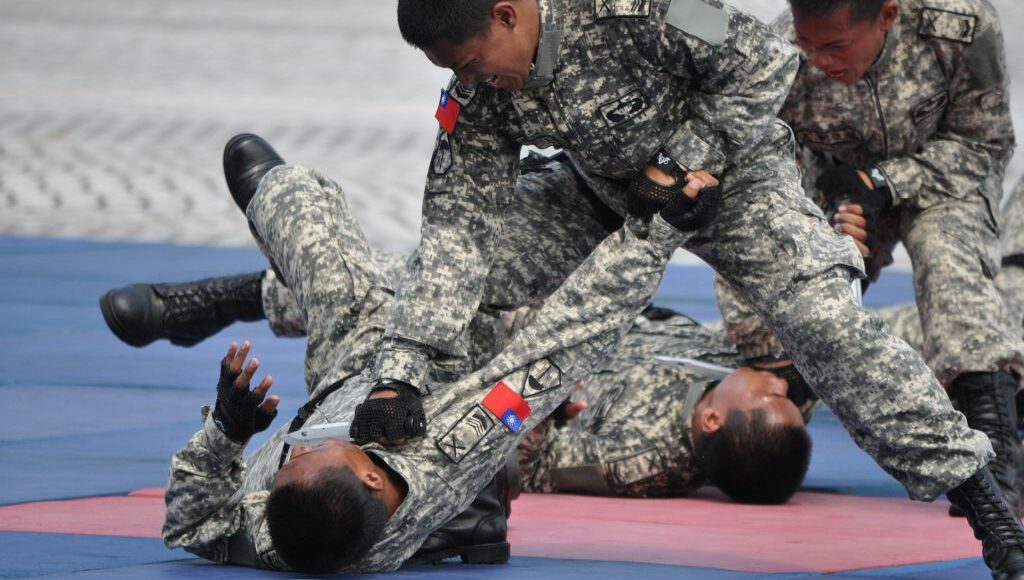 China’s military expansion is occurring at a time when Taiwan is becoming more resistant to cross-strait reunification, and the U.S. is altering its commitment to Taiwan, suggesting an increasingly dangerous decade ahead in the Taiwan Strait.

The Taiwan Strait is reaching a critical juncture of heightened instability. Heading into the 2020s and 2030s, the struggle for independence, status quo, or reunification will be increasingly felt as each of the key actors—Taiwan, Washington, and Beijing—begin to unravel the twenty-five years of relative stability that has endured since the 1995-6 crisis. Since then, the consolidation of Taiwan’s democracy has become the greatest challenge to China’s quest for reunification. Taiwan continues to oppose any possibility of reunification on Beijing’s terms even if its future leaders do not seek formal independence. Indeed, the public majority and leaders of the traditionally pro-China pan-Blue coalition and independence-minded pan-Green coalitions, including next year’s election candidates, have opposed Chinese President Xi Jinping’s reintroduction of the “One Country, Two Systems” framework for reunification.

Although peaceful reunification is frustrated, mainland China is becoming more powerful and impatient under Xi’s leadership. This is not to suggest that the economic problems China faces are not acute. But the People’s Liberation Army is growing more confident in its ability to match the Taiwanese and U.S. armed forces in a contest of strength. If Xi fails to deliver the prosperity promises of his “great rejuvenation of the Chinese nation,” he could very well resort to speeding up his other more revisionist ambitions of developing a world-class military and reunifying the territories lost during the “Century of Humiliation.”

During the 1995-6 crisis, there was no doubt about the credibility of U.S. deterrent capabilities buttressing the might of the Taiwanese armed forces, which were then considered to be more advanced and powerful than the PLA. Decades later, China’s “military modernization effort has eroded or negated many of Taiwan’s historical advantages in deterring PLA aggression,” including “the PLA’s inability to project sufficient power across the Taiwan Strait, the Taiwan military’s technological superiority, and the inherent geographic advantages of island defense,” the U.S. Department of Defense noted in its 2017 report on Chinese military power. These shifts have purportedly led Xi to believe that the “tide of history”—that is, reunification with Taiwan—favors the mainland.

Assessing the cross-strait military balance generates doubts about the PLA’s capacity to subjugate Taiwan. Beijing lacks the amphibious and lift capabilities to land an invasion, and Taiwan possesses submarines and sea mines that could seriously damage any invasion fleet. Climatic conditions and the gradual build-up of Chinese forces also complicate any surprise offensive. The possibility of staging an urban, counterinsurgency warfare against a resilient Taiwanese society while simultaneously holding off U.S. forces in the Western Pacific also diminishes the success of a Chinese invasion. But with China’s continued acquisition of the relevant capabilities, these disadvantages will gradually erode in the coming decade.

Furthermore, the PLA does not need to be fully equipped to fight a war of reunification. Whether to wage war is not a decision based solely on military calculations, and having confidence in the PLA may mislead the Chinese Politburo into taking an aggressive posture. Given Beijing’s routinization of ‘island encirclement patrols’ and the creation of cross-strait military-civilian flight paths to familiarise the PLA with the terrain and conditions of airlift, an invasion may no longer require a gradual military build-up. By engineering a heightened state of military readiness, it is difficult for Taiwan to gauge when China decides to launch a surprise offensive.

It would be naive to assume that Xi does not have the political resolve to bear the responsibility of a post-invasion war-torn economy, whose share of trade to mainland China has declined to a mere 2% of total Chinese exports. Nor should it be assumed the fear of an anti-China international coalition and the repercussions to its “peaceful rise” image will restrain Beijing from using force. Since 2016, China has been engaging in a multi-faceted pressure campaign to reinforce an alternate reality of Taiwan as a “local affair” to curtail potential foreign criticisms of its cross-strait activities. This has included not just usual diplomatic isolation, but more recently a whole-of-society approach to bring the pressure to bear on the private individuals, commercial airlines and retail businesses of other countries. To a large extent, this has worked. Even the U.S., the primary security guarantor for Taiwan, quietly removed the Taiwanese flag from two of its government websites, suggesting an implicit yielding to Chinese pressure.

In the coming decade, the costs of invasion will have likely declined, while frustration with Taiwan’s democracy and impatience regarding delays to reunification will have increased. Taiwan will then have to rely not on itself but on U.S. resolve to deter a potential Chinese invasion. Although Washington has entered a period of “strategic competition” with Beijing, growing resource strain — especially with sustained budget sequestration — will force American administrations to reassess U.S. commitment overseas. However, U.S. policymakers, having witnessed President Donald Trump’s damage to U.S. international standing, are unlikely to retreat into isolation. But subsequent occupants of the White House will be forced to weigh the country’s commitments more carefully between vital and peripheral interests.

In this regard, U.S. interest in Taiwan has remained ambiguous since the post-World War II aftermath. While Taiwan sympathizers continue to uphold Taiwan as a vital U.S. interest, the stakes pale in comparison to other more pressing U.S. interests in Asia, such as support for Japan and maintaining the rule of law in the South China Sea. But the issues of prestige and reliability as the region’s primary security guarantor, the fear of China construing U.S. retreat as a sign of weakness, and the domestic sensitivities toward Taiwan as a “beacon of democracy” could conflate Washington’s priorities to stay committed in the face of aggression. Thus, while its ability and willingness to deter China from invading Taiwan is likely to decline over time, it will not retreat without putting up resistance. To make up for resource strain, Washington will demonstrate its symbolic gestures to Taiwan to caution China about the prospect of U.S. military intervention. This included the recent passing of the Taiwan Travel Act to allow two-way senior official exchanges, stationing U.S. military personnel to the new American Institute in Taiwan for the first time since 2005, potential port visits and new arms sales. But in doing so, Beijing could misread the gestures as signs of a growing commitment to Taiwan and be provoked into threatening the U.S. not to interfere in its “local affairs.”

The Taiwan Strait has resumed its status as a dangerous flashpoint. In arranging for a politically viable way to reduce its commitment to Taiwan, Washington could find itself unwittingly confronting an aggrieved and more confident China while trying to preserve its domestic and regional reputation as best as possible. U.S. sales of 60 F-16V fighter jets to Taiwan demonstrated this challenge: the sale was praised as symbolically important but was perceived as an act of provocation by Beijing, resulting in the PLA’s intentional crossing of the ‘median line’ in the Taiwan Strait for the first time in twenty years.

While this has not escalated into further U.S.-China confrontation, Taiwan President Tsai Ing-wen’s decision to automatize the forceful expulsion of Chinese forces suggests that future transgressions of the ‘median line’ will no longer be safe from unprofessional encounters and shoot down incidents. The U.S. will then be pressured to respond with a stronger deterrent posture. But with little to no confidence-building mechanisms to manage cross-strait instability, the mutual signaling of threats between Washington and Beijing could turn into ever-more aggressive shows of force, entrapping both countries into a fourth Taiwan Strait crisis and with consequences they are not prepared to face.