Cold War? Towards an Era of Adverse U.S.-China Competition 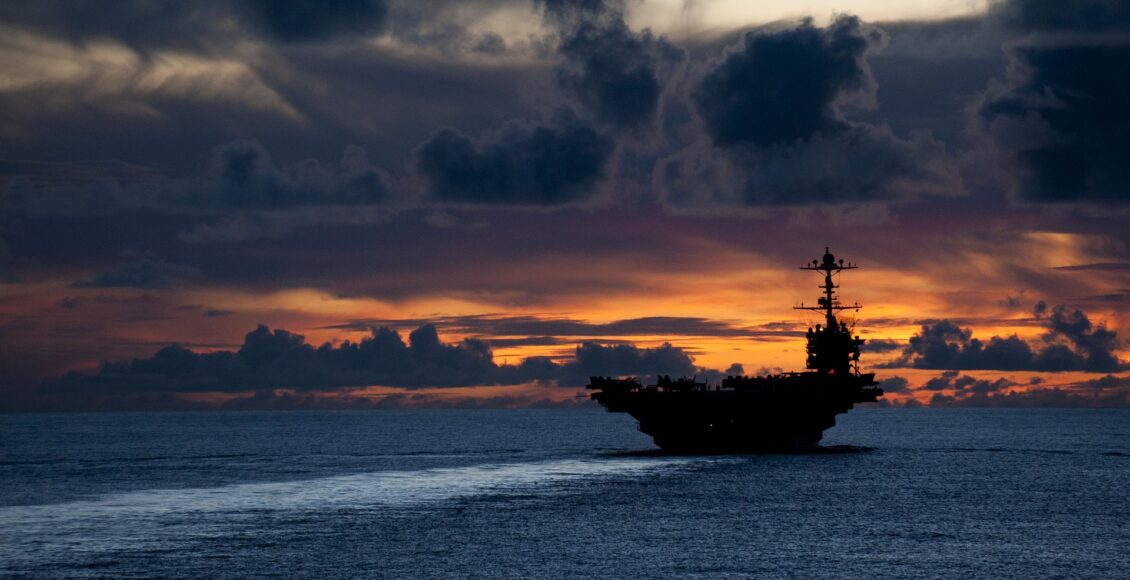 This article was originally published on November 4, 2018, by Tommy Chai for Foreign Brief.

The U.S. is engaging in an adverse competition with China that, absent a negotiated understanding, will become increasingly difficult to manage and may spill out of control.

The aforementioned reports and speeches share an outlook that U.S.-China relations are turning increasingly competitive at a time when Beijing has been accused of committing more and more actions perceived as fundamentally incompatible with Washington’s interests and values. Pence’s speech, in particular, summarised China’s “whole-of-government approach” by pointing out its malign activities.

Pence’s speech is not surprising given the gradual change in American attitudes toward China. But by invoking the failures of past administrations to integrate China into the U.S.-led international order, he reflected a new normal for the U.S.: it will no longer “be intimidated” by China and “will not stand down.” Furthermore, Pence’s speech was given in the context of the NDAA, which received bipartisan support in Congress, meaning that the turn is not a short-lived phenomenon and is likely to last beyond Trump’s presidential term.

While ‘strategic competition’ has become the Trump administration’s preferred label to frame Washington’s relations with Beijing, the U.S. has been sending signals that it views the relationship as increasingly adversarial and zero-sum. For example, the NDS acknowledges China’s quest for “Indo-Pacific regional hegemony in the near-term and displacement of the United States to achieve global preeminence in the future.”

The U.S. has sought to prevent this and is preparing forces not only to deter but to win a war against China. Such reaction and response have called into question whether Beijing is merely a ‘competitor’ or is, in fact, emerging as a threat that warrants a more aggressive response. As Anthony H. Cordesman from the CSIS warns, “it is becoming steadily harder to distinguish between efforts designed to limit or contain the other state and those that might lead to actual conflict.”

More dangerously, the ‘strategic competition’ label is feeding an ideological narrative that divides Americans and Chinese into ‘us’ and ‘them.’ Robert Keohane and Jeff Kogan, for example, advocate that Washington “nurture a uniquely American social identity and a national narrative [t]hat will require othering authoritarian and illiberal countries.” The NSS and NDS have, in line, developed an image of China as a “revisionist power” bent on shaping “a world consistent with their authoritarian model” and “antithetical to U.S. values and interests.”

However, ideological narratives have the tendency to facilitate simple-minded worldviews and reduce the foreign ‘other’ to stereotypes, which fuels misperception and unnecessary distrust, and are instrumental to opportunist leaders especially during critical junctures of domestic political transition. Pence’s speech was partly fuelled by suspicion rather than facts; his accusation that China is “influencing the [U.S.] midterms [elections]” was contradicted by the Department of Homeland Security and has led to speculation that he was shoring up domestic support to fuel his neoconservative agenda.

The adversarial undertone in U.S.-China relations has generated speculation of an emerging ‘cold war’ (see here and here). However, a ‘cold war’ will first require both parties to develop opposing perceptions of each other and Beijing seemingly remains ambiguous as to how it views itself and its relations with Washington. For now, China is caught between simultaneously pursuing peaceful development and its ambitions of territorial reunification and great-power respect. The former requires maintaining a conducive environment for prosperity, including peaceful relations with the U.S. and its neighbors. But the latter requires acting tough on issues where sovereignty and autonomy are challenged, leading to more assertive and aggressive conduct in international affairs.

During the 19th Party Congress, Chinese President Xi Jinping sought to address these two agendas—but only as separate issues. He has yet to affirm which one is accorded greater priority. Without addressing the contradiction between peace and assertiveness, it is difficult to see how China can formally clarify its perception of the U.S. as either a strategic partner or an ideological threat; the U.S. has both contributed immensely to China’s rise and engaged in actions hostile to Beijing’s aspirations. Professor Chen Dingding posits that there are currently three dominant views in Beijing regarding Washington’s future China policy: containment, competition, and cooperation. The question is how far China will tolerate U.S. policies suggestive of a containment strategy before it pushes back with “calls for active Chinese measures to counterbalance possible U.S. aggressive actions in a possible all-out conflict.”

Moreover, any talk of a ‘cold war’ is unlikely to manifest in the same manner as that between the U.S. and the USSR, which was contested globally through the policies of containment and comprehensive economic decoupling. The world is not currently moving towards bipolar global blocs with close-to-no economic interaction; both China and the U.S. are far too connected to each other and to the global economy. While they currently engage in a trade war, the U.S. is (outwardly) seeking to revise the rules of the game rather than abandon the policy of engagement.

It is difficult to assume that China will simply collapse under the weight of U.S. containment as the USSR did in 1991—its relative economic strength vis-a-vis the U.S. is already greater than that of the Soviet Union at its peak. Furthermore, as Graham Allison notes, “if the U.S. leads [in containing China], who will follow”? U.S. allies and partners have significant interests in maintaining strong relations with both powers—usually in the form of economic ties with China and security commitments with the U.S.—and do not want to make a choice between the two.

Instability in the New Era

However, U.S.-China relations proceed, they are unlikely to remain as stable as the U.S.-USSR bipolar era, which had over time developed a series of tacit and formal signaling and normative arrangements that worked towards ameliorating what could have had been a series of escalatory outbreaks. Today, the structures of the international system are substantially different. The multipolar dynamic, with its uneven distribution of power and influence, creates a greater risk of miscalculation. Rapid technological changes (advanced conventional weapons, cyberwarfare and artificial intelligence) will also make competition increasingly difficult to manage as the global rules and norms fail to keep pace.

Both the U.S. and China will need to manage their differences lest the rivalry transforms into a downward spiral of confrontation. However, the outlook is foreboding. If President Trump withdraws from the Intermediate Nuclear Forces Treaty amidst accusations of unfair Chinese and Russian practices, he will set a precedent that could undermine the future stability of global arms control and plunge the world into another arms race.