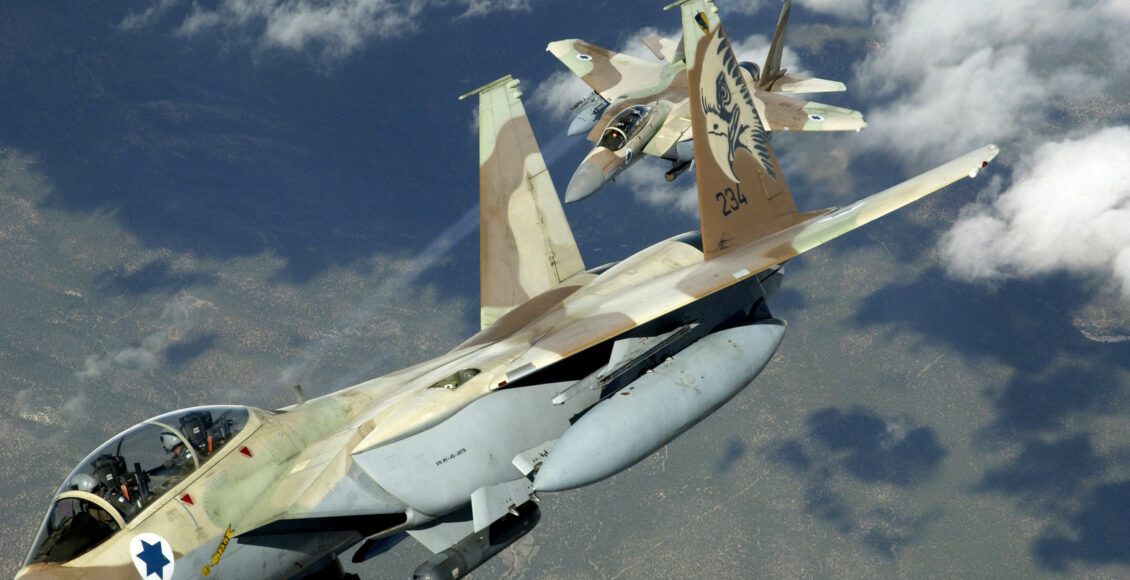 On December 1, 2017, Israeli warplanes attacked targets in Syria. The raid was intended to convey a political message: that a permanent Iranian military base would never be permitted to be established on Syrian territory.

Reports in Yedioth Ahronoth, Israel Hayom, Maariv, and Haaretz, stated that the raid was preceded by leaked photos of the target (a military base) to the BBC some three weeks earlier.

Prime Minister Benjamin Netanyahu, Defence Minister Avigdor Lieberman, and the Chief of General Staff of the Israel Defence Forces, Gadi Eizenkot, have all suggested that an attack might be imminent in recent weeks.

Alex Fishman, a military analyst for Yedioth Ahronoth, said that with this raid “Israel has apparently moved from the verbal stage of threatening and warning the Iranians and the Syrians to the stage of action.”

Any military escalation with Israel would not probably be that profitable, but with Iran’s continuous military settlement and the raids attributed to Israel, it is possible to say that both sides are walking on the edge.

The raid, according to Fishman, “is Israel’s way of explaining to all sides that if they do not take Israel’s interests into consideration and allow Iran to settle in Syrian territories as a large military force, they will have to pay the price at a military level. Now all the involved parties in the settlement process in Syria, including the Syrians, Iranians, Russians, Turks, Americans, and Europeans, should deal with Israel as a key entity which has the ability to militarily disrupt any settlement.”

Fishman added, “The military base that was attacked yesterday is located in the surveillance area from the Israeli borders (in occupied Golan).” He pointed out that the timing of the raid was not accidental, as it was carried out while this military base is still empty of soldiers, and that the message Israel has conveyed is “I do this before you launch this military base and raise Iranian flags here.”

Yossi Melman, a military analyst, wrote in Maariv that the raid was “more a stout Israeli attempt to convey a message to Russia than to President Bashar Al-Assad and Iran … The message is that Israel is serious when it says it will not allow the establishment of Iranian military bases in Syria.”

Melman added that Israel is confident that the Syrian regime will not respond to the Israeli aggression. He wrote: “Assad cannot allow himself to respond to Israel’s violation of sovereignty more than launching ineffective rockets from his air defense system because Israel will respond with greater force. Launching a front against Israel is the last thing Assad wants at this stage.”

According to Melman, Israel has expanded its “red lines” imposed on Syria. Melman stated that the Israeli strike would not prevent Iran from continuing to pursue its strategic goals, including a military presence in Syria, and that Iran “would not give up its military achievements in Syria.”

Amos Harel, a military analyst for Haaretz, also stated that he believed that the raid was a message to Iran, the Syrian regime and the super powerful states as well.

Harel added that the most important question at present is how Iran would behave in the long term; and will it increase its efforts to remain in Syria? Harel continued by stating “Iran has a clear strategic goal of activating a link between Iran, Iraq, Syria, and Hezbollah in Lebanon. Any military escalation with Israel would not probably be that profitable, but with Iran’s continuous military settlement and the raids attributed to Israel it is possible to say that both sides are walking on the edge.”